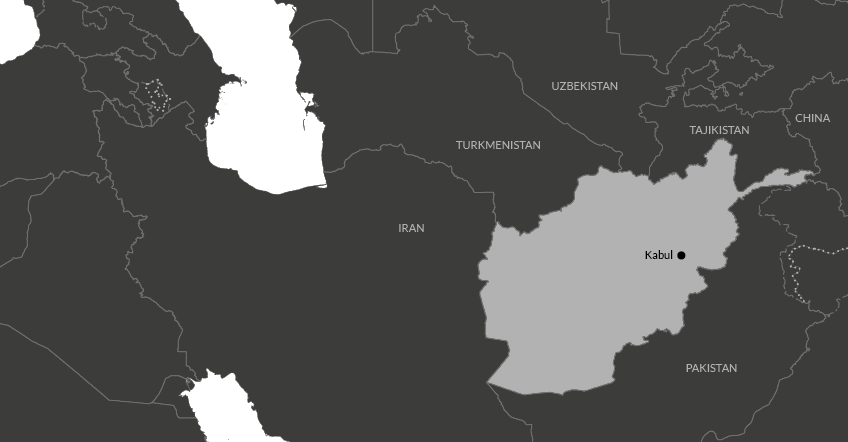 Afghanistan faces one of the world’s most acute internal displacement crises as it suffers protracted conflict and insecurity as well as recurring disasters, including droughts, floods, storms and earthquakes. Displacement has become a common coping strategy for many Afghans and, in some cases, an inevitable feature of life for multiple generations. Humanitarian needs are high and the situation is further complicated by widespread poverty, unemployment, and lack of access to basic services.

Over 404,000 new displacements associated with conflict and violence were recorded in 2020, and there were 3.5 million people internally displaced as a result at the end of the year. This latter figure is an 18 per cent increase compared with 2019 and the highest figure in more than a decade. Disasters throughout 2020 triggered more than 46,000 new displacements, with most displacements caused by flooding in March, May, and August, particularly affecting the eastern provinces.

The history of conflict displacement in Afghanistan goes back to the late 1970s. War between the Soviet-backed government and mujahideen fighters and the Soviet occupation triggered large-scale internal displacement and refugee flows in the 1980s. The fall of the government in 1992, ensuing ethnic conflict between mujahideen factions and the rise of the Taliban in the late 1990s displaced millions more.

In response to the 9/11 attacks in the United States by members of the Taliban-backed al-Qaeda network, NATO and US forces launched parallel military interventions in Afghanistan. Conflict between the US-backed Northern Alliance and the Taliban escalated, as did inter-ethnic violence, fuelling further years of large-scale internal displacement. Conflict has continued to destabilise Afghan society and cause civilian casualties and mass displacement in recent years. The number of new conflict displacements rose steadily between 2009 and 2016, driven by an increase in violence by non-state armed groups, including ISIL affiliates. Counterinsurgency operations by the Afghan army and, to a lesser extent, international security forces also pushed people into displacement.

The US signed an agreement with the Taliban in February 2020, which led to a lull in fighting and a considerable reduction in displacement in March. However, the violence reignited in May and June, triggering new displacement. Later in the year, for the first time since 2001, representatives of the Taliban and Afghan government officials kickstarted official intra-Afghan talks in September in Doha.

As the talks started, the security situation continued to deteriorate. Nearly 20,000 new displacements were recorded in the northern province of Kunduz after clashes between government forces and the Taliban in September 2020. Violence continued across the country in the last three months of the year. Southern provinces, more recently spared from the worst of the conflict, were affected. An attack by Taliban factions in Lashkargah, the capital of Helmand province, triggered more than 20,000 new displacements in a single day in October.

Afghanistan is regularly affected by a variety of natural hazards, including floods, landslides, earthquakes, and drought, which destroy homes and infrastructure and cause many  to flee their homes, including some already displaced by conflict and violence.

People displaced by conflict and violence tend to try to stay as close as possible to their homes, moving from rural areas to the provincial capital or a neighbouring province. Many IDPs seek shelter in urban areas, in informal or unplanned settlements at a higher risk of tenure insecurity and disasters.

Some IDPs flee violence for a relatively short time, but many are displaced for longer periods because the deteriorating security situation has made it ever more difficult for people to return home. A survey of more than 1,000 displaced households found as far back as 2012 that 11 per cent had been displaced for more than a decade, and nearly 50 per cent for at least two years. The duration of people’s displacement also influences their decisions about returning. People living in protracted displacement struggle to meet their families’ food needs and find employment just as much as those displaced more recently.

The compounding impacts of conflict and disasters have exacted a heavy toll on the population. In 2020, 11.15 million people were estimated to be experiencing high levels of acute food insecurity (IPC Phase 3 or above). This is particularly true for IDPs, whose ability to maintain adequate food consumption and nutrition is hindered by tenure insecurity and unemployment.

Shelter needs are particularly acute, with a recent assessment indicating shelter needs as the second priority need after food. The majority of IDPs live in informal settlements and makeshift shelters. IDPs who settle on government or private land are at heightened risk of eviction and inadequate shelter also makes people more vulnerable to the impacts of sudden-onset disasters such as floods and avalanches, heightening their risk of secondary displacement. Conditions in informal settlements are dire and IDPs often lack access to water and sanitation facilities and face acute protection concerns. IDP and refugee households report high levels of early marriage, gender-based violence, and exploitation.

Learn more about the sources of our figures, as well as our methodologies and caveats. (PDF, 174 KB)

Afghanistan adopted a national policy on IDPs in 2014. It addresses displacement triggered by both conflict and disasters and includes provisions for durable solutions and prevention. The policy also outlines the roles and responsibilities of various ministries and departments in implementing the policy, with the Ministry of Refugees and Repatriation (MoRR) as the institutional focal point. However, the implementation of the policy remains limited.

The country also adopted the policy framework for returnees and IDPs in 2017, which outlines short, medium and long-term measures to ensure their reintegration into society.