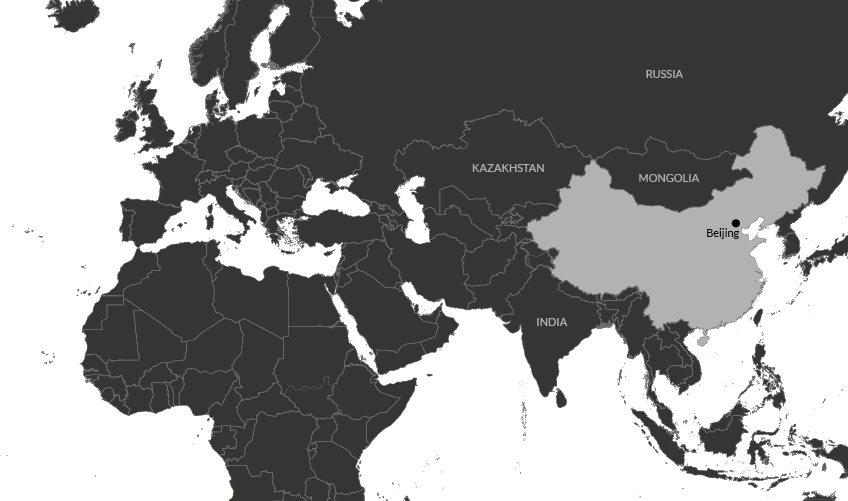 China records some of the highest disaster displacement figures worldwide each year, the result of its large population, high exposure and vulnerability to a range of natural hazards that displace millions of people. In 2020, there were 5.1 million new displacements associated with disasters in China, the highest figure globally. The vast majority were due to floods and storms, particularly during May and October. There is little information about other types of displacement in China. Development projects are likely to displace significant numbers of people, given the country’s unprecedented and ongoing modernisation and urbanisation, but little publicly available data exists.

China regularly records the highest number of new disaster displacements in IDMC's annual global report. This is linked to the country’s high level of exposure to hazards, large population, limited progress in reducing the vulnerability of exposed populations and a range of socioeconomic factors. China’s social and economic transformation has been marked by exponential economic growth and development, rural to urban migration and rapid urbanisation. Many densely populated urban areas are in or near exposed coastal areas and river basins. These factors also mean that the risk of future displacement is very high. The country has the second highest level of prospective risk of average annual displacement (AAD) in the region, according to our disaster risk model.

The most common hazards are extreme sudden-onset hydrological events such as flash and riverine floods. Meteorological hazards, such as tropical storms and mudslides are also frequent. Earthquakes occur less often but are highly destructive and cause significant displacement. The 2008 Sichuan earthquake and related landslides triggered as many as 15 million new displacements. China also experiences an annual monsoon season between May and October.

Rapid urbanisation fuels disaster displacement risk, as in the Pearl River Delta in Guangdong province, a low-lying area on the South China Sea coast. The area, once dominated by farmland, has rapidly become the most populous metropolitan area in China, home to around 70 million people. It is made up of nine cities, including the provincial capital Guangzhou.

Storms and floods continue to trigger more new displacements in 2020. Ninety-eight per cent of the 5.1 million disaster displacements recorded in the country were triggered during the rainy season, a figure not seen since 2016. The floods affected more than 63 million people and caused economic losses of around $17 billion, the highest in the world for the year. Slow-onset hazards such as environmental degradation, water scarcity and drought are increasingly common and have a devastating impact, as illustrated by the drought in Inner Mongolia in 2017, but there are no figures on displacement associated with these phenomena.

China has modernised at an unprecedented rate, shifting from a largely agricultural to an industrial economy in a matter of decades, and development projects also displace people. Infrastructure projects range across all sectors and include the construction of large dams, which is likely to have caused significant displacement. China is home to nearly half of the 50,000 large dams worldwide, including the Three Gorges dam, which is the world’s largest, and is thought to have led to 1.3 million relocations as villages and towns were cleared to make way for the reservoir.

Development projects in the form of disaster risk reduction measures also cause displacement when people are moved out of at-risk areas. The government’s most recent five-year social and economic development plan envisages the relocation of as many as 250 million people into purpose-built urban centres by 2026, many of them from disaster-prone rural regions.

Displacement associated with urban expansion and regeneration also occurs. The rapid expansion of cities has led to the eviction of people living in nearby agricultural areas, as farmland is turned into residential areas for the vast numbers of people arriving from the countryside. With 56 per cent of the country's population now living in urban areas, attention has also turned to urban regeneration, particularly in medium and small-sized cities. City-wide clean-ups cause displacement when people are evicted to make way for gentrification projects, with low-income migrant workers living in peripheral, undesirable areas particularly vulnerable.

Disaster displacement often takes the form of compulsory pre-emptive evacuations based on meteorological monitoring, vulnerability mapping and early warning systems. Earthquakes are notoriously difficult to predict, but early warning systems have been developed that give people up to a minute to run for safety. Evacuations then take place after the disaster has struck.

The Chinese authorities tend to avoid mass evacuation orders for hydrological and meteorological hazards, because evacuating vast numbers from densely populated areas can cause traffic chaos and gridlock, hindering people’s movement and relief efforts. Instead they direct pre-emptive evacuation orders toward groups identified as particularly at-risk. For the arrival of typhoon Talim in Fujian in September 2017, for example, these included people living in areas exposed to high winds and mudslides, and near construction sites where they might be in the path of flying debris. Sports stadiums and school buildings are often used as temporary shelters.

Despite the high number of evacuations triggered by disasters in China, there is little information on the social, health and economic impacts people face when they are evacuated. They are initially given temporary shelter in schools and sport centres and are then moved to temporary housing and eventually purpose-built apartments if they are unable to return.

More detailed information is available for some large-scale disasters, such as the devastating 2008 Sichuan earthquake. Reconstruction work was extremely quick, with almost all of 1.5 million damaged rural dwellings, and 78 per cent of homes for 259,000 urban families rebuilt by March 2010, less than two years after the quake struck. A full return to normality was still a challenge for IDPs, however, with people in rural areas particularly vulnerable having lost not only their homes but also access to agricultural land. Displaced farmers in some counties received livelihood support in the form of vocational training and loans to start small businesses.

The few case studies that exist on displacement associated with development projects point to a range of adverse impacts on those affected. IDMC’s study of the construction of the Manwan dam in Yunnan province in 1996 showed that the 7,260 people resettled to make way for the project experienced challenges in terms of infrastructure and utilities, housing, livelihoods and social networks. None received enough compensation to build homes in their resettlement areas, and some families resettled on unsuitable land were displaced again by landslides. Our study is only small, but it points to the problems that can occur when social impact surveys are not conducted at the start of a project and support for those displaced is limited.

Learn more about the sources of our figures, as well as our methodologies and caveats. (PDF, 100 KB)

Disaster risk reduction and climate change adaptation policies, which are integrated into the government’s five-year plans and are directly relevant to internal displacement. In response to the large number of disasters China experiences each year, significant investments have been made in improving early warning systems, streamlining evacuation plans and making buildings more resistant. This includes early warning systems for earthquakes developed after the 2008 Sichuan disaster.

Annual figures for displacement associated with sudden-onset disasters are often very high, but this reflects the large number of often pre-emptive evacuations carried out. These have contributed to a reduction in the number of deaths caused by disasters, particularly hydro-meterological events.

The government has made significant improvements in providing compensation for people affected by development projects, and some policies go further than recommended by the World Bank. These include mandatory social impact assessments (SIAs) to be carried out before the start of a project, and a "resettlement with development" strategy. The latter is based on the idea that as well as compensating people affected by a project for the loss of their homes and livelihoods, investments should be made in services, infrastructure and economic opportunities in resettlement areas to ensure their living standards are not only sustained but improved. These safeguards are important considering the huge number of current and planned development projects in China.

More than 13 million people internally displaced across Asia in 2018