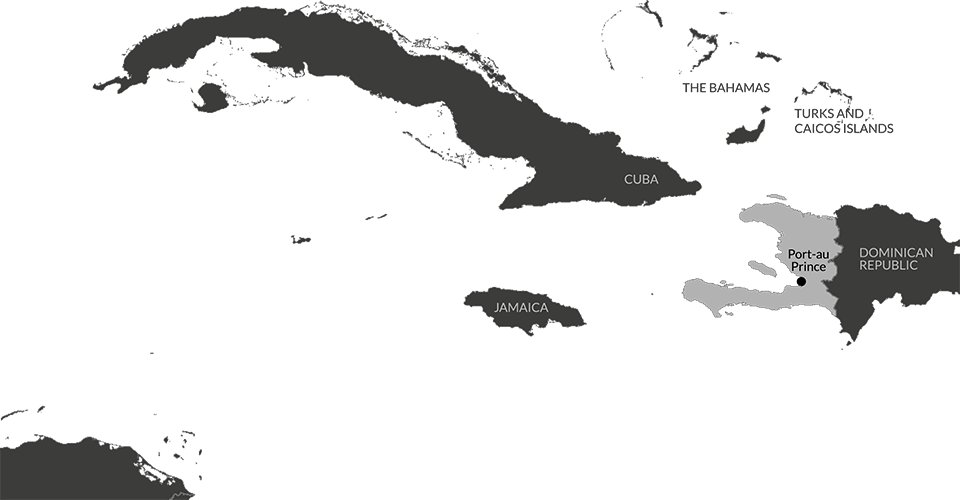 How to read our figures

How to read our figures

New displacements (conflict): This corresponds to new instances of conflict-related internal displacement that occurred in 2018.

Total number of IDPs (conflict): This corresponds to the total number of people living in internal displacement as a result of conflict and violence as of 31 December 2018.

Number of IDPs who have made partial progress towards a durable solution (conflict): This corresponds to the number of IDPs whom our data providers have identified as having returned, resettled or locally integrated in 2018 and for whom the evidence obtained by IDMC suggests that progress toward durable solutions is only partial given their living conditions. In a few instances this number may refer to movements rather than people.

Number of IDPs whose progress towards durable solutions cannot be verified (conflict): This corresponds to the number of IDPs whom our data providers have identified as having returned, resettled or locally integrated in 2018 but for whom there is no available evidence to corroborate progress toward durable solutions. In a few instances this number may refer to movements rather than people.

Disasters, forced evictions, chronic food and livelihood insecurity, and economic, political and environmental fragility are the main drivers of internal displacement in Haiti. The country is highly exposed and vulnerable to recurrent weather-related and geophysical hazards. These conditions drive high levels of displacement risk, create significant needs among communities and pose major obstacles to sustainable development.

Displacement risk in Haiti is driven by extreme vulnerability and inequality. More than 59 per cent of Haitians live below the national poverty line and more than 24 per cent in extreme poverty. A rapid increase in population and urbanisation, slow economic growth and underdevelopment characterised by a large informal sector, environmental degradation, low education levels, social and political instability, weak governance and widespread corruption all contribute to the country’s very low levels of human development.

The poor majority tend to live in low-quality rented housing in crowded informal settlements. These have been established in the absence of building regulations and in areas prone to floods, landslides and other natural hazards. Access to basic services is very limited, particularly in rural areas.

The country is highly dependent on international aid and remittances from the Haitian diaspora. The persistence of cholera since 2010 has added to the complexity of the situation. A decrease in humanitarian presence and funding, and electoral tensions and instability since 2015 have hampered efforts to provide assistance and protection for highly vulnerable people.

As a tropical, mountainous country in a seismically active region, Haiti is exposed to a range of weather-related and geophysical hazards. Earthquakes are relatively rare. Before the devastating 2010 disaster, the last major earthquake to affect Haiti was in 1842. They do, however, constitute a major risk. The 2010 earthquake triggered as many as 2.3 million displacements. The impact of the disaster was extremely severe not just because of the high intensity of the earthquake but also because poor building standards in densely populated areas and disorganised land use contributed to extremely high levels of housing damage and destruction. In 2018, the majority of the new displacements recorded, 8,600, were due to housing destruction after a 5.9 earthquake hit the North and North-East of the country on 6 October. This number is likely to be an underestimate, as many more homes were said to have been partially damaged. Insufficient information exists as to whether or not those damaged houses are inhabitable or not.

Forced evictions have caused the secondary displacement of many people uprooted by disasters. Between July and December 2016, 60,570 people displaced by the earthquake were forcibly evicted from temporary settlements, 75 per cent of which were on private land.

The rainy season from April to June is followed by a tropical storm season that lasts until the end of November. Two years before the 2010 earthquake, four hurricanes hit the country in rapid succession, causing a major disaster that displaced more than 138,000 people. The worst disaster since 2010 was brought on by hurricane Matthew, a category four storm that struck the poor and largely rural south-west of the country on 4 October 2016, displacing at least 176,000 people. Many were still in evacuation centres a month later, and many more were sheltering elsewhere.

Hurricanes Irma and Maria also displaced about 13,000 people in August and September 2017. Sea-level rise linked to climate change threatens to aggravate the impact of such hazards and the storm surges and flooding associated with them even further. Coastal communities are particularly vulnerable and suffer repeated displacement, with a severe effect on their cumulative vulnerability. Coastal erosion threatens homes in some areas, and estuaries and other low-lying areas are prone to riverine floods.

Much of Haiti is mountainous and prone to landslides. Intensive farming and the deforestation of the land for agriculture and fuel has increased the risk of both landslides and flooding.

Reconstruction and development projects after the 2010 earthquake also caused displacement. Forced evictions unrelated to the earthquake have also been reported, including to make way for a 2014 tourism project in Cap Haïtien and the development of public utilities in central Port-au-Prince.

Internal displacement increased following the forced deportation of more than 27,000 people of Haitian descent and another 24,254 undocumented individuals from the Dominican Republic between June 2015 and May 2017. Some of the poorest deportees live in unofficial camps with little to no access to basic services.

Where and how do people move?

Small-scale displacement associated with disasters happens frequently in Haiti, but the most devastating events in recent years have been the 2010 earthquake and hurricane Matthew in 2016. Most of those displaced by the earthquake were from the Port-au-Prince metropolitan area. Around half of the area’s 2.3 million residents were staying in tents and makeshift shelters after it struck.

Patterns of movement out of Port-au-Prince soon after the onset of the disaster followed seasonal patterns of migration between rural and urban areas, as people took shelter with friends and family and sought access to basic services, including schools. Most remained in Haiti, though thousands crossed the land border into the Dominican Republic.

The need to be close to their former homes and livelihood options quickly drew many back to the devastated capital to access assistance and participate in cash-for-work and other recovery programmes, which sometimes involved the separation of household members. About six months after the earthquake, 1.5 million people were still registered as sheltering in 1,555 displacement sites. That figure stood at about 37,5000 at the end of 2018.

As the number of people sheltering in generally poor, deteriorating and dangerous camp conditions fell, it was difficult to identify movements into, out of and between sites. Some people were drawn from rural to urban sites, while others moved between camps to access livelihood opportunities or when they were unable to pay their rent. Distinguishing IDPs from the broader urban poor also became increasingly difficult as displacement sites gradually came to resemble the previous informal settlements.

More than 292,000 IDPs who were tenants before the disaster were given rental subsidies for a year and support through other relocation programmes to help them move off the displacement sites. Many others, however, were forcibly evicted by landowners or local authorities. Thousands more were displaced again by subsequent floods, storms and landslides. Hundreds of thousands relocated to undeveloped land made available by the government through the law of eminent domain, highlighting the country’s complex challenges in terms of land tenure property rights.

Hurricane Matthew’s impacts were felt most in poor and hard-to-reach rural areas and coastal communities of the south-west, where 90 per cent of homes were rendered uninhabitable in the worst-hit areas. Fifty-eight per cent of people who left after the hurricane struck said they were making for the Port-au-Prince metropolitan area, and 40 per cent for the southern peninsula. Most people who moved more locally appear to have returned to their home areas relatively quickly, but it is likely that they have continued to live in displacement near their former homes.

What is life like for IDPs and communities hosting them?

Five months after Matthew struck, little assistance had reached people in poor and inaccessible mountain areas and islands, where almost all homes had been severely damaged or destroyed and 85 per cent were still to be rebuilt. The country was already facing a severe housing crisis before the 2010 earthquake, and bureaucracy and political instability have continued to delay improvements to the situation and impede the delivery of humanitarian aid.

Access to sanitation and healthcare represent another area of great need. Only a third of people displaced by the earthquake had access to a toilet in their camps. Since the outbreak of cholera in 2010, more than 800,000 people have been infected and 9,500 have died of the disease. Cholera cases also increased in the aftermath of hurricane Matthew, with 440 deaths recorded in 2016.

Protection concerns for women and girls in shelters following hurricane Matthew include a lack of lighting at night, a lack of private space and the risk of gender-based violence. Displaced children also face heightened risk of abuse and human trafficking, and concerns related to loss of documentation. The acute vulnerability and needs of thousands of homeless IDPs evicted from schools serving as temporary shelters have been of particular concern.

Matthew also damaged about 80 per cent of the almost 2,000 schools in the hardest-hit areas, in a country where illiteracy and lack of access to education were already a concern.  Around half of all Haitians aged 15 and over are illiterate.

Around 2.6 million vulnerable people, or about 20 per cent of Haiti’s population were in need of humanitarian assistance as of the end of 2018. Interventions are needed to reduce food insecurity, rein in the cholera epidemic, assist IDPs still living in camps and people affected by recent disasters in urban areas, and to support disaster preparedness.

Insight into the economic impacts of displacement due to Haiti’s 2010 earthquake is available here.

Where does data on displacement come from and what are the main challenges?

Collecting comprehensive data on internal displacement in Haiti is a challenge. The International Organisation for Migration (IOM) reports consistently on displacement in the camps it manages, including data on IDPs living in protracted displacement after the 2010 earthquake and hurricane Matthew.

Other organisations, such as the UN Office for the Coordination of Humanitarian Affairs (OCHA) and the UN Children’s Fund (UNICEF) make a big push for data in the immediate aftermath of major events for fundraising purposes or to identify key needs, but they do not collect information regularly beyond the initial stages of the response.

Haiti’s Civil Protection Bureau, known locally as Pwoteksyon Sivil, sometimes releases information it gathers from local government officials on the impact of some events, but it does not have the capacity for large-scale or regular data collection. These gaps pose a particular challenge in the case of small-scale events, such as localised flooding, which do not make the headlines but can still displace many people.

Behind the numbers: the shadow of 2010’s earthquake still looms large in Haiti
Expert opinion
Internal displacement could cost countries billions of dollars a year
First estimates of the financial impact of internal displacement have been released by IDMC. Find out more in this press release and download the report.

Media Centre
Unveiling the cost of internal displacement
This report presents our first estimates of the financial impact of major displacement crises in eight countries.

Publication
The Atlantic hurricane season and the importance of resilience
NOTE: This is a Spotlight taken from IDMC’s 2018 Global Report on Internal Displacement (GRID).

Publication
Haiti: A humanitarian crisis in need of a development solution