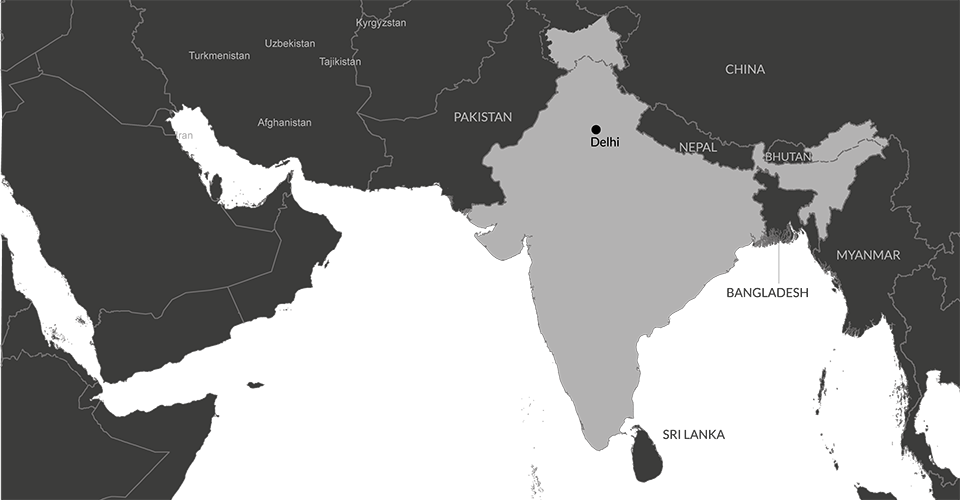 Every year, India has some of the highest levels of disaster displacement in South Asia and globally. The majority of the displacements are triggered by flooding during the monsoon seasons. The country is also prone to other sudden and slow-onset hazards including earthquakes, tsunamis, cyclones, storm surges and drought. Protracted conflict in Indian-administered Kashmir, and localised inter-communal violence also trigger displacement every year, but to a much lesser extent.

There were 3.9 million new disaster displacements in India in 2020, the result of a combination of increasing hazard intensity, high population exposure and high levels of social and economic vulnerability. Most displacements took the form of pre-emptive evacuations before Cyclone Amphan made landfall in May 2020. Amphan triggered more than 2.4 million evacuations in the states of West Bengal and Odisha. Cyclone Nisarga prompted another 170,000 evacuations in the western states of Maharashtra and Gujarat just two weeks later. Such extreme weather events are no longer exceptional, and severe cyclones are only expected to increase in number and intensity on both the east and west coasts of the Indian subcontinent.

In recent years, displacement has been reported in Indian-controlled Kashmir and other areas in the country, but figures are hard to come by due to access constraints and lack of reporting. Tensions between Hindu and Muslim communities have been rising since the Citizenship Amendment Act was passed in 2019. They led to widespread violent protests in 2020, notably in Delhi in February, when more than 1,800 people were forced to shelter in camps.

India is exposed to a range of natural hazards. Around 68 per cent of the country is prone to drought, 60 per cent to earthquakes and 75 per cent of the coastline is vulnerable to cyclones and tsunamis. These physical factors combine with the country’s high population density, poverty levels, rapid urbanisation and environmental degradation to make it the country most at risk of disaster displacement in South Asia.

Areas on the east coast are vulnerable to tropical storms that form in the Bay of Bengal, while northern states that border Nepal and Pakistan experience frequent seismic activity. Most of the country is affected by monsoon rains, but highly flood-prone areas include the Brahmaputra, Ganges and Meghna river basins in the Indo-Gangetic plain in the north and north-east.

Extended monsoon seasons are becoming the norm. The withdrawal of the 2020 south-west monsoon was not completed until late October. Such changes prompted the Indian Meteorological Department to take the unprecedented step of revising its monsoon onset and withdrawal dates. It has moved the date of the start of the withdrawal from 1 to 17 September, effectively prolonging the monsoon by more than two weeks. The 2020 south-west monsoon affected 22 Indian states and territories, triggering about 763,000 displacements between early June and late October.

Drought displacement has also been recorded in the states of Andhra Pradesh and Maharashtra in recent years. There is little robust data available to estimate its scale, but water shortages in Maharashtra between March and June 2019 forced about 50,000 farmers and their families to take refuge in “cattle camps”, displacement sites run by NGOs where livestock is also fed and watered.

There were thought to be around 900,000 people living in internal displacement as a result of disasters across the country as of 31 December 2020, but the figure is highly conservative given the high number of new displacements and the damages and losses recorded during the year.
Conflict displacement is also a regular occurrence, but it can be complex to track and obtain comprehensive data on because the violence is often very localised, and largely linked to identity and ethnicity. The main long-standing conflicts revolve around the disputed Kashmir region, separatism in the north-eastern states, and the Naxalite-Maoist insurgency in the so-called “red corridor” of central and eastern states, predominantly Chhattisgarh and Jharkhand. Localised violence such as the 2013 Muzaffarnagar riots can also quickly lead to significant displacement.

Displacement in Jammu and Kashmir is driven by ongoing clashes near the line of control between Indian and Pakistani-administered areas. After years of precarious peace following a ceasefire in 2003, tensions flared in 2016 with a series of cross-border raids by the Indian military and cross-border militant attacks into India. Cross-border shelling that began in 2017 increased in intensity in 2018 and forced more than 160,000 people from their homes.

A suicide attack that killed 40 soldiers in Indian-administered Kashmir in February 2019 led to retaliatory airstrikes and sporadic shelling near the line of control that continued into March. At least 2,600 displacements were recorded, but comprehensive figures were hard to obtain. Further shelling across the line of control later in the year triggered more displacement.

Tensions in Jammu and Kashmir and between Hindu and Muslim communities across India have risen since late-2019. The federal government revoked the special status accorded to Indian-administered Kashmir in August 2019 and imposed a curfew, which led to protests that were met with force. Telecommunications and internet access were shut down, making it difficult to obtain information, including on displacement.

In December 2019, the government passed the Citizenship Amendment Act (CAA) which offers a pathway to citizenship for undocumented residents from several countries but excludes Muslims. Protests erupted and by February 2020, had escalated into inter-communal violence. Over the course of three days, 52 people died, and Muslim homes and businesses were targeted by violent mobs. More than 1,800 people were forced to flee and shelter in camps in Delhi. Clashes and violence occurred in Assam and Uttar Pradesh states, but displacement figures are unknown.

Development projects also have the potential to displace large numbers of people although comprehensive data on the topic is difficult to obtain. These include dams, mines, industrial plants, urban renewal and environmental conservation projects. IDMC conducted a study in 2016 which found that the risk of displacement is significant because large-scale land acquisitions can aggravate intercommunal tensions and lead to conflict over land access and use.

The states worst affected by disasters in recent years include Andhra Pradesh, Assam, Bihar, Gujarat, Jammu and Kashmir, Odisha, West Bengal, and eastern Uttar Pradesh. Such hazards are seasonal and recurrent, and many states are affected every year. IDPs’ exact locations and movements are not usually documented, but the majority tend to stay with family or friends. Relatively few seek shelter in state-run relief camps. As most disaster reports stop a couple of weeks following disasters, it is difficult to know for how long people remain displaced.

Many of the people living in protracted displacement as result of conflict are in the northern states of Jammu and Kashmir and Assam. Most in Jammu and Kashmir have been displaced since the 1990s, and in Assam since 2014. Others have fled to Delhi or have been displaced within or to Andhra Pradesh, Chhattisgarh, Gujarat, Nagaland, Telangana, Tripura and Uttar Pradesh. The majority live in camps, including informal ones, while others live in rented accommodation or homes bought with financial compensation from the government. Return is obstructed by ongoing insecurity, hostility between communities and unresolved housing and land disputes. No data is available on the exact location and length of displacement.

The fate of people displaced in India constitutes a significant information gap, particularly for those who do not live in formal camps or resettlement areas. No comprehensive humanitarian assessment of IDPs’ needs has been conducted at the national level. Some reports, however, show that some socially excluded communities such as scheduled castes, indigenous groups and religious minorities are often disproportionally at risk of becoming displaced, and may be propelled further into poverty and marginalisation as a result. In many cases, facilities and services for IDPs are limited or non-existent.

India is one of the only countries in the world to have recognised the risks and impacts of displacement associated with development by drafting specific policies and legal frameworks on the issue. A 2004 national policy on families affected by projects was updated in 2007 and became the national rehabilitation and resettlement policy. It was intended to reduce large-scale displacement, ensure adequate resettlement and recovery packages are put in place, and improve communication and cooperation between development planners and affected families.

Protection for people displaced by development projects was enshrined in law in 2013 via a landmark piece of legislation. The Right to Fair Compensation and Transparency in Land Acquisition, Resettlement and Rehabilitation Act (LARR) goes further than previous policies by introducing the legal power of prior consent or refusal and land acquisitions by affected families, the possibility of market transactions for the transfer of land, improved compensation rates and greater institutional capacity for resettlement and recovery.

Publication
The people behind the dams, mines, riverfront ‘development’ projects
Why India? India is booming. Everywhere we went there was evidence of development, whether the estab
Expert opinion
India: Countrywide response urgently required to address chronic internal displacement