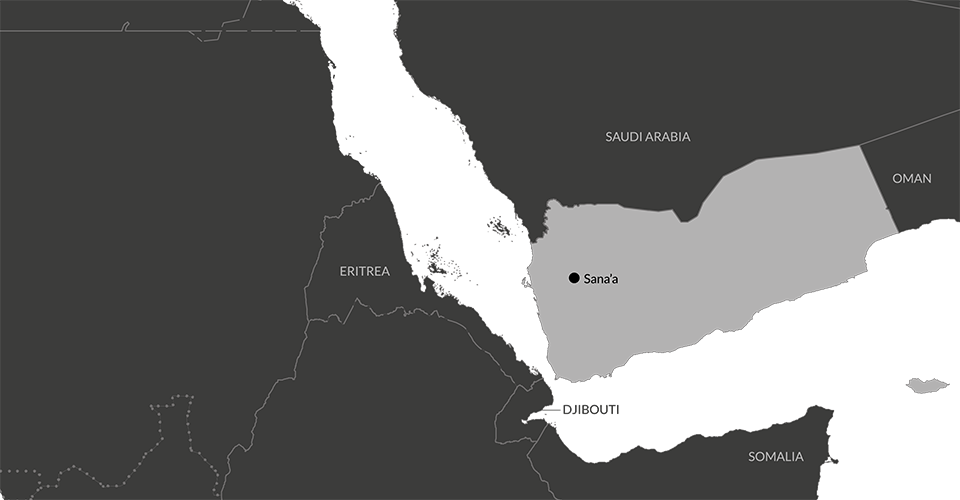 Displacement is not a new phenomenon in Yemen, but the number of people fleeing violence increased sharply in 2015 after international intervention in the country’s civil war. The ensuing humanitarian and displacement crisis has shown no signs of abating since.

About 398,000 new conflict displacements were recorded 2019, and more than 3.6 million people were living in displacement as of the end of the year. Many people have been forced to flee more than once, each displacement heightening their vulnerabilities. Disasters, mainly floods, triggered around 31,000 new displacement during the year.

In the first half of 2020, there were 89,000 new displacements associated with conflict and violence and 66,000 as a result of disasters. Find out more in our Mid-year Update.

Yemen is the poorest country in the Arab world and has been plagued by social and political unrest since its troubled unification in 1990. It has few natural resources, weak governance, poor social services and high youth unemployment. With almost 50 per cent of the population of 26.8 million living below the poverty line as of 2014, humanitarian needs were already acute before the conflict escalated.

Half of the population, which was largely rural, had no access to safe drinking water, and three-quarters no access to safe sanitation. Since the escalation of violence in March 2015, Yemenis’ living conditions have deteriorated sharply. Gender inequality is also widespread. Yemen has ranked last in the World Economic Forum’s annual global gender gap report in each of the ten years it has been published.

The increase in violence is largely attributed to the Saudi-led military intervention in the conflict, and the coalition’s land, sea and air blockades of commercial and humanitarian imports have contributed significantly to the downward spiral in living conditions. The main triggers of displacement include sustained airstrikes, ground clashes and the deliberate targeting of civilians in violation of international humanitarian law. The destruction of civilian infrastructure such as hospitals, schools, markets, shops and water supplies has left 80 per cent of Yemen’s population in need of humanitarian assistance.

Yemen has been in political crisis since 2011, when the country’s then president, Ali Abdullah Saleh, launched a violent crackdown on demonstrators before eventually agreeing to step down. Ansar Allah, also known as the Houthi movement, which champions Yemen's Zaidi Shia Muslim minority and had staged a series of rebellions against Saleh during the previous decade, took advantage of the weakness of the new president, Abdrabbuh Mansour Hadi, by taking control of their northern heartland of Saada province and neighbouring areas. Disillusioned with the transition, many ordinary Yemenis, including Sunnis, supported Ansar Allah and in September 2014 its fighters entered the capital Sana’a.

The group reinforced its takeover of Sana’a in January 2015 when it surrounded the presidential palace and other key points, effectively placing Hadi and his cabinet under house arrest. Ansar Allah and security forces loyal to Saleh then attempted to take control of the whole country, forcing Hadi to flee abroad in March 2015. Alarmed by the rise of a group they believe to receive military backing from Iran, a regional Shia power, Saudi Arabia and eight other mostly Sunni Arab states began a campaign of airstrikes in an effort to restore Hadi's government.

Taking advantage of the subsequent power vacuum, Al-Qaeda in the Arabian Peninsula (AQAP) expanded its presence over vast parts of the south of the country in 2015, and Islamic State in Iraq and the Levant (ISIS) also began launching attacks, mainly on sites affiliated with Ansar Allah and AQAP. Both ISIS and AQAP continue to carry out attacks, mainly in the south, but do not control territory. To add to this complex mix in an already heavily destabilised country, new groups have emerged, each with their own loyalties and agenda, to form loose alliances with one side or the other.

More than two million people were newly displaced in 2015, when the crisis was at its height, and hundreds of thousands more have fled their homes every year since. About 398,000 new displacements were recorded in 2019, most of them in Al Dhale, Hajjah and Hodeidah governorates. Access constraints that impede data collection mean the figure is likely to be a gross underestimate.

Efforts to reach political solutions have helped to relieve the situation in some areas of the country, and the end of the year brought new hope as the wider conflict also showed signs of de-escalating. Despite these promising developments, however, Yemen’s crisis is still the world’s most acute. Nearly 80 per cent of the population were in need of humanitarian assistance as of the end of 2019, and 3.6 million people were living in internal displacement, an increase of more than a third on the figure for 2018.

Sudden-onset disasters also strike Yemen every year, particularly the southern governorates. Around 31,000 new disaster displacements were recorded in 2019, most of them the result of flooding between July and September. IDPs and host communities lost their homes, shelters, livestock and livelihoods, and many people were displaced for a second time. Cyclone Kyarr, the most storm powerful on the Arabian peninsula in 12 years, hit the country in October, followed by cyclone Maha in November and Pawan in December. No government agencies collect data on disaster displacement in Yemen, so estimates are highly conservative.

Displacement patterns in Yemen include protracted displacement and multiple and cyclical movement as families flee and return with the ebb and flow of violence. Some have even returned to their home areas near frontlines in the conflict, because they were no longer able to absorb costs associated with their displacement. Unlike other major conflicts in the region, the situation in Yemen has not triggered large-scale cross-border movements.

Many more people may have wanted to flee, but a range of physical, economic and social obstacles will have prevented them from doing so. Restrictive migration policies and the high cost of travel in particular have contributed to widespread forced immobility, increasing internal displacement. Children account for half of the country's IDPs, and they are exposed to various forms of abuse, including recruitment into armed groups and early marriage.

More than half of the country’s displaced households live in rented accommodation, but 35 per cent live in vulnerable conditions in informal settlements, collective centres, public buildings, tents and even out in the open. Displacement has also increased pressure on host families, who face a range of vulnerabilities themselves. The de-escalation of fighting in some parts of the country has increased the risk of IDPs being evicted, as happened in the city of Marib.

IDPs face a wide range of protection needs and vulnerabilities, including a lack of shelter, security and livelihood options, gender-based violence, loss of documentation, food insecurity and limited access to healthcare, education, water and sanitation. Needs have intensified across all sectors, leaving millions of people reliant on humanitarian assistance to survive.

Yemen’s food crisis remained the world’s worst in 2019, and 15.9 million people, or more than half the population, were in urgent need of food and livelihood assistance by the end of the year. IDPs living in hosting sites, including public buildings and collective centres face serious health and protection risks. About 83 per cent of IDPs are women and children. They are at higher risk of protection and health threats because they suffer most from lack of privacy and access to basic services, particularly in overcrowded collective centres.

Our estimates for new displacements and the number of IDPs at the end of year are based on data from IOM’s displacement tracking matrix (DTM). Comprehensive displacement data is difficult to obtain, mainly because of bureaucratic access constraints. Increasing political tensions and the country’s no-camp policy are further obstacles, and it is also difficult to identify IDPs, particularly in urban areas.

The displacement continuum: the relationship between internal displacement and cross-border movement in seven countries

Publication
Even if they reopened the airports: Barriers to cross-border movement expose Yemenis to repeated internal displacement