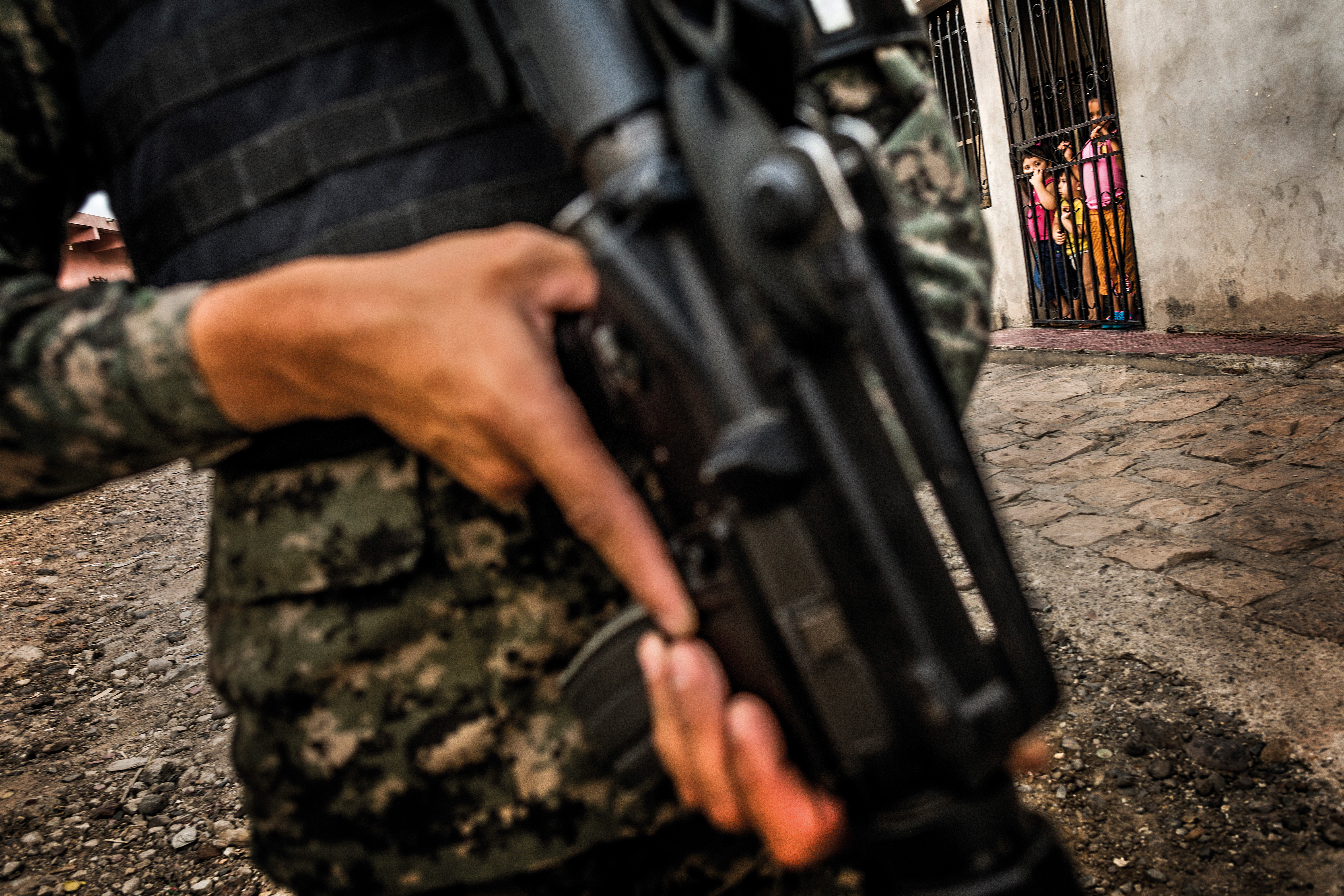 Organised criminal violence associated with drug trafficking and gang activity has reached epidemic proportions in the Northern Triangle of Central America (NTCA) in recent years. In El Salvador, Guatemala and Honduras, IDMC estimates there were at least 432,000 internally displaced people (IDPs) as of the end of 2017, many of them driven from, and within, cities suffering the highest homicide rates in the world and levels of violence comparable to a war zone.

With increased attention to the violence and associated factors such as poverty, inequality and weak governance, has come a growing awareness of the many ways in which gang violence and other drivers forces people to abandon their homes in search of safety. However, most of the existing evidence on this form of internal displacement in the NTCA remains anecdotal, and data on IDPs – in terms of figures, locations, vulnerabilities and needs – is not collected through a harmonized approach to allow for comparison at regional level. There is, as such, a growing urgency to understand the phenomenon – the drivers, triggers, impacts and patterns – of internal displacement so as to provide the evidence base for operational and policy responses.

On 27 March, IDMC will be holding a closed-session roundtable discussion on the findings from our third and final report, on internal displacement in Honduras. The report’s findings, along with those from IDMC research in 2018 on El Salvador and Guatemala, will be presented by Vickie Knox of the Refugee Law Initiative and put into operational context by Noah Bullock of the Cristosal Foundation before a discussion with roundtable participants on potential recommendations and how to take them forward.

15 June 2022
Human displacement in the context of extreme weather events and climate change
25 May 2022
Climate Tipping Points, Irreversibility and their Consequences for Society, Environment and Economies
23 May 2022
Launch of GRID 2022
END_OF_DOCUMENT_TOKEN_TO_BE_REPLACED

31 March 2022
Conflict in Ukraine: What do we know about the internal displacement situation so far?
08 March 2022
Five examples of gender-sensitive solutions to displacement linked with climate change
03 December 2021
Uprooted and overlooked: Why people with disabilities fleeing conflict and violence are among those most at risk
END_OF_DOCUMENT_TOKEN_TO_BE_REPLACED