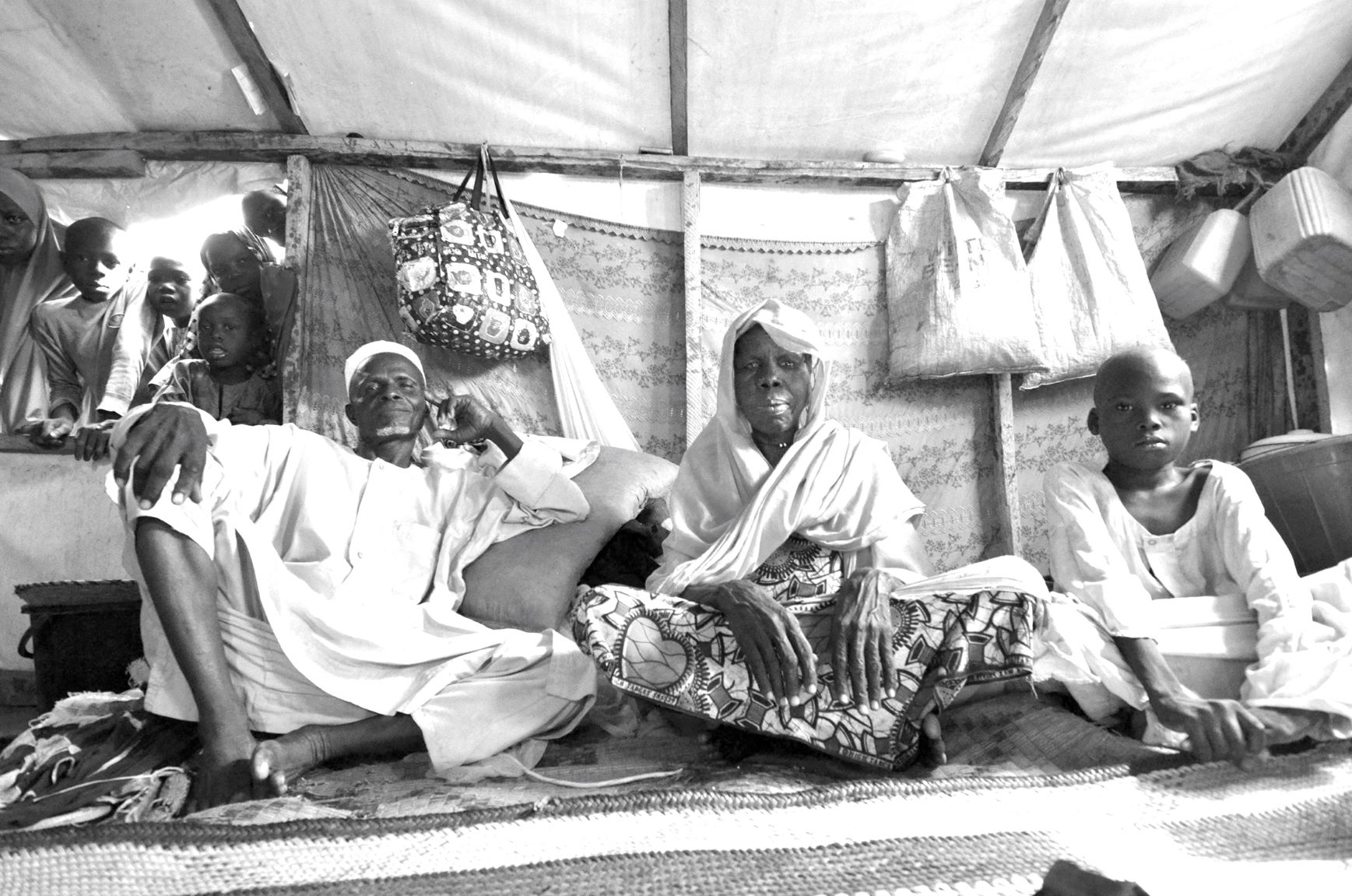 The Lake Chad Basin Region is host to a sizable displaced population. Refugees and internally displaced people (IDPs) have suffered repeated displacement over the past years, as a result of the ongoing conflict with Boko Haram as well as other forms of violence in specific areas, such as the Middle Belt of Nigeria, the Anglophone regions of Cameroon or Northern Niger, and in the context of a shrinking natural resource base which limits livelihood options in rural areas. Affected populations have been moving within and across national borders, resulting in increased tensions as well as significant challenges for governments and international agencies in identifying vulnerable groups and providing them with much-needed assistance. The Boko Haram insurgency and its spill over into neighbouring Cameroon, Chad and Niger have caused the displacement of over 2.7 million people in the region. The overwhelming majority, 2.1 million, are internally displaced in Nigeria, while some 155,000 Nigerian refugees have sought asylum in Cameroon, Chad and Niger. The refugee-hosting countries also have sizeable IDP populations (Cameroon: 200,000; Chad: 110,000; and Niger: 127,208).

The multiplicity of displacement contexts and affected regions globally, as well as inherent complexities of internal and cross-border displacement data collection and analysis, have led IDMC to organise a series of workshops with key data providers and users. Supported by the Federal Foreign Office of the Government of Germany, the roundtables and workshops aim to develop a common understanding of how displacement comes about in specific locations, to better capture the ecosystem of actors, roles and responsibilities in collecting data, as well as identifying specific trends and impacts related to the cross-border nature of displacement and refugee and IDP returns.

In collaboration with IOM, the events held in Abuja and Maiduguri include all relevant actors involved in the collection and dissemination of population movement data. This includes government bodies such as the National and State Emergency Management Agencies (NEMA/SEMA) and the National Commission for Refugees, Migrants and Internally Displaced Persons (NCRMI); international actors such as IOM, UNHCR, OCHA, UNICEF, WFP; as well as donor, non-governmental organisations and academic partners.

This event is organised in partnership with the Norwegian Refugee Council (NRC) and the International Organization for Migration (IOM).