A troubled relationship: Maintaining peace and finding lasting solutions to displacement in South Sudan and CAR 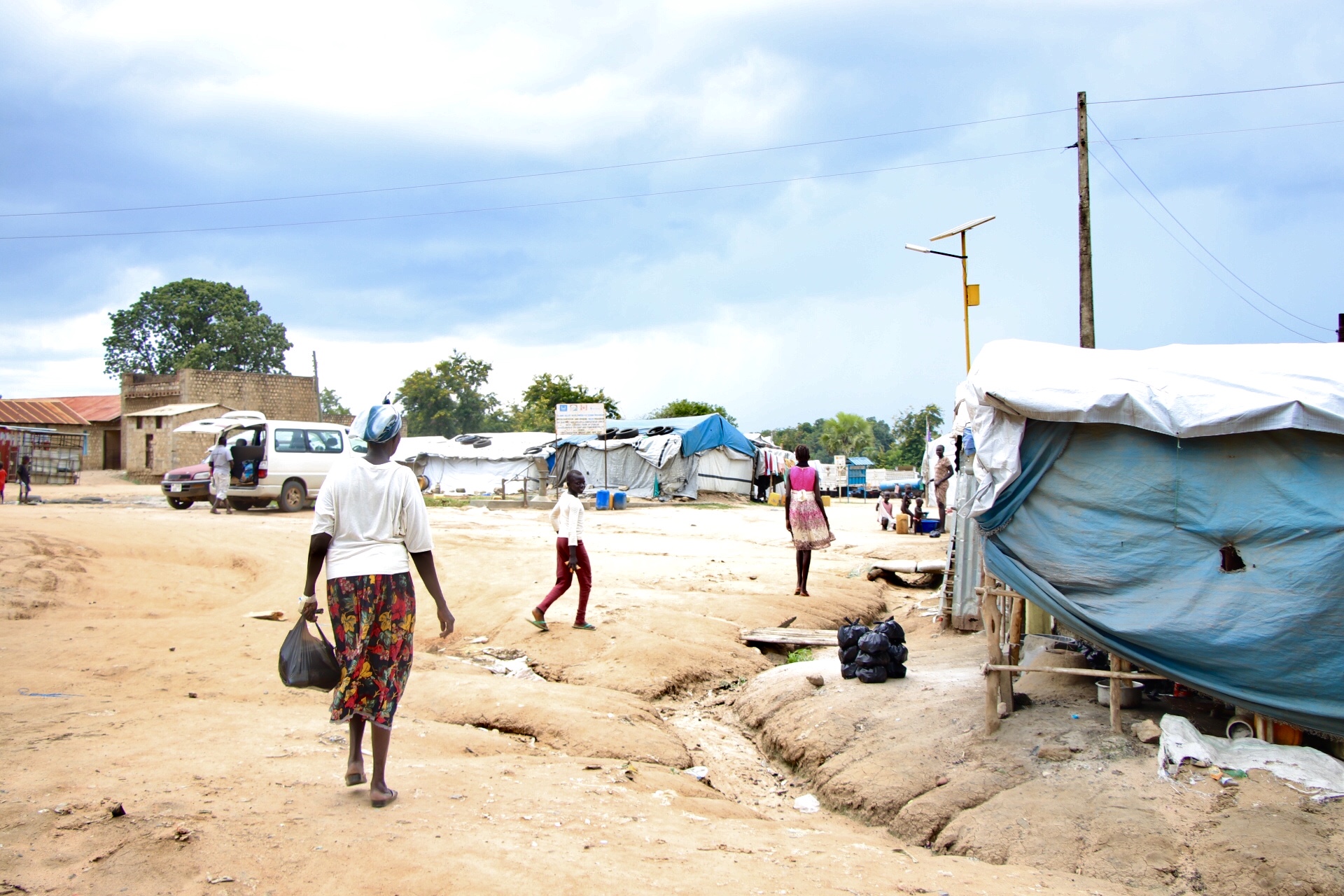 A few weeks ago, I was in Juba, South Sudan, a year on from the revitalised peace deal signed between President Salva Kiir and opposition leader Riek Machar in the hope of ending the six-year-long civil war. It was a rainy day and it reminded me of a rainy day in Bangui, Central African Republic (CAR), eight months ago when the government signed a peace agreement with 14 armed groups to try and end a civil war which has been ravaging the country since 2012.

Both deals brought hope for long-awaited peace and development, but also scepticism about their viability considering previous attempts, which all failed. The latest peace deals also sparked a large wave of people returning to their areas of origin. On one hand, returns can serve as an expression of confidence in the peace process and boost the economy through a regeneration of work, but on the other, premature returns can threaten the process by disrupting fragile relationships between communities and putting strain on limited resources.

I took the opportunity to talk to the displaced people in both countries to see what they think about returning home in the wake of the peace deals. I also analysed what impact the recent agreements had on the reduction of violence, and how peace-building and the return of people fits into the broader concept of lasting solutions for internally displaced people.

‘’There is peace in Juba, but there is war out there’’

South Sudan has been ravaged by a civil war since December 2013. Hundreds of thousands of people have been killed and millions uprooted from their homes. Several ceasefires and peace deals were signed but none held for more than a few months. The latest deal signed in September 2018 still holds. The number of clashes between the South Sudanese army and the opposition forces has sharply decreased since then; only 33 violent incidents were recorded, compared to 211 in the 12 months after the signing of the 2015 deal.

‘’When the peace deal was signed, I was very happy,” says Iman, a young mother in a displacement site in Juba, holding her newborn baby. “I would love to go home now but violence continues. It is too dangerous to return.’’ An elderly woman, Angelina, feels the same way: ‘’Once the real peace comes, I will go home. But there is no peace now. There is peace in Juba, but there is war out there.’’

They are not wrong. Even though violence between the national and opposition forces decreased considerably, clashes between ethnic militias, which are not signatories of the deal, decreased only slightly. Despite this, 324,000 internally displaced people (IDPs) and 210,000 refugees have attempted to return home since September 2018, most to the states which, although less affected by violence than others, suffer from chronic and extremely high food insecurity.

Returning to underdevelopment and destruction

A lack of infrastructure and basic services is widespread across South Sudan. Access to education is limited, which leads to many IDPs staying in sites where their children can go to school, regardless of other needs. A young mother explains: ‘’We might be hungry here, but it is better to go hungry and have our children at school than the other way around. If our kids are at school, then our future is bright.’’

Access to housing, land and property remains a major challenge for IDPs due to the lack of documentation and destruction of properties. ‘’We owned land, but we have no documents to prove it. If we go to court, it is very difficult to recover the land with no documents in hand,” one of the leaders at the Mahad IDP camp in Juba explains.

Despite these setbacks, food security has slightly improved across the country since the peace deal thanks to the return of farmers. Over 60% of the South Sudanese are currently food insecure. The country could recover from its food crisis and stabilise if the peace holds and the farmers are again able to resume their livelihoods and produce food.

The reduction in violence we observe in South Sudan is not as obvious in CAR. The peace deal signed in February 2019 is the most serious effort to broker peace since the 2014 ceasefire agreement. The civil war in CAR started exactly a year before the South Sudanese conflict. Thousands of people were killed, and hundreds of thousands displaced. The number of violent incidents between the signatories of the peace deal has decreased since February compared to the past two years but remains comparable to violence in 2014 – 2016.

Despite this, IDPs and refugees have been returning home. The number of IDPs in the country decreased by 75,000 since February and several thousand refugees crossed the border back to CAR from neighbouring countries. This is not surprising. The people I talked to in February in the PK5 district of Bangui wanted just one thing – to return home. ‘’I lost everything. I need to get everything back. My former house is occupied by other people, I need to make them go away and return home. I will go back even with no assistance; I just want to go home,’’ explained an IDP to me while others nodded in agreement.

This indicates that some people plan to return home as soon as it is safe, no matter what the conditions are, and they will require additional support to reach lasting solutions. In relatively safe parts of the country, villages often lack basic infrastructure and long-term economic opportunities, which hamper returnees’ prospects to re-establish their lives. As in South Sudan, one of the biggest challenges relates to housing as many homes are destroyed or occupied, and returnees struggle to claim them back due to the country’s broken land tenure systems.

How to move from peace deals to durable solutions to displacement

It’s clear that neither South Sudan nor CAR is secure or stable enough for safe, dignified returns, however the displaced will not stay in displacement waiting for long. Ismail, living in the PK5 neighbourhood of Bangui, complained: ‘’We are completely abandoned by everyone. Young people have no future here. They must engage in banditry to survive. We live in inhuman conditions; when it rains, we sleep in water.’’

I hear very similar complaints in Juba: ‘’It feels like IDPs do not have rights. Our tents are damaged, and we don’t know when new ones will arrive. We need buckets to fetch water to be able to drink. When it rains, everything gets wet and we wake up surrounded by water.’’

It is no wonder then that displaced communities do not hesitate to try their luck back home when a new peace deal is announced. And they have every right to do so. Humanitarians can advise against unsafe returns, however, there is very little we can do to prevent people from going home.

The latest agreements include little mention of how to deal with the millions of displaced in and out of both countries. They are both on the bottom of the human development index and, if the peace holds, development and rebuilding will last decades. Instead of advising against returns to fragile areas in vain, we must come up with a road map for lasting peace that includes tangible provisions for voluntary returns and how returnees can engage in the peace-building activities.

We cannot expect that they will reach durable solutions to their displacement quickly and easily, but we need to understand how they can contribute to peace-building and, through that, re-establish their lives. Millions of people can have incredible power to support peace-building or slow it down, depending on the support, information and autonomy they are given.

Now it feels like state politics, including peace-building, and humanitarian and development assistance are miles away from each other.