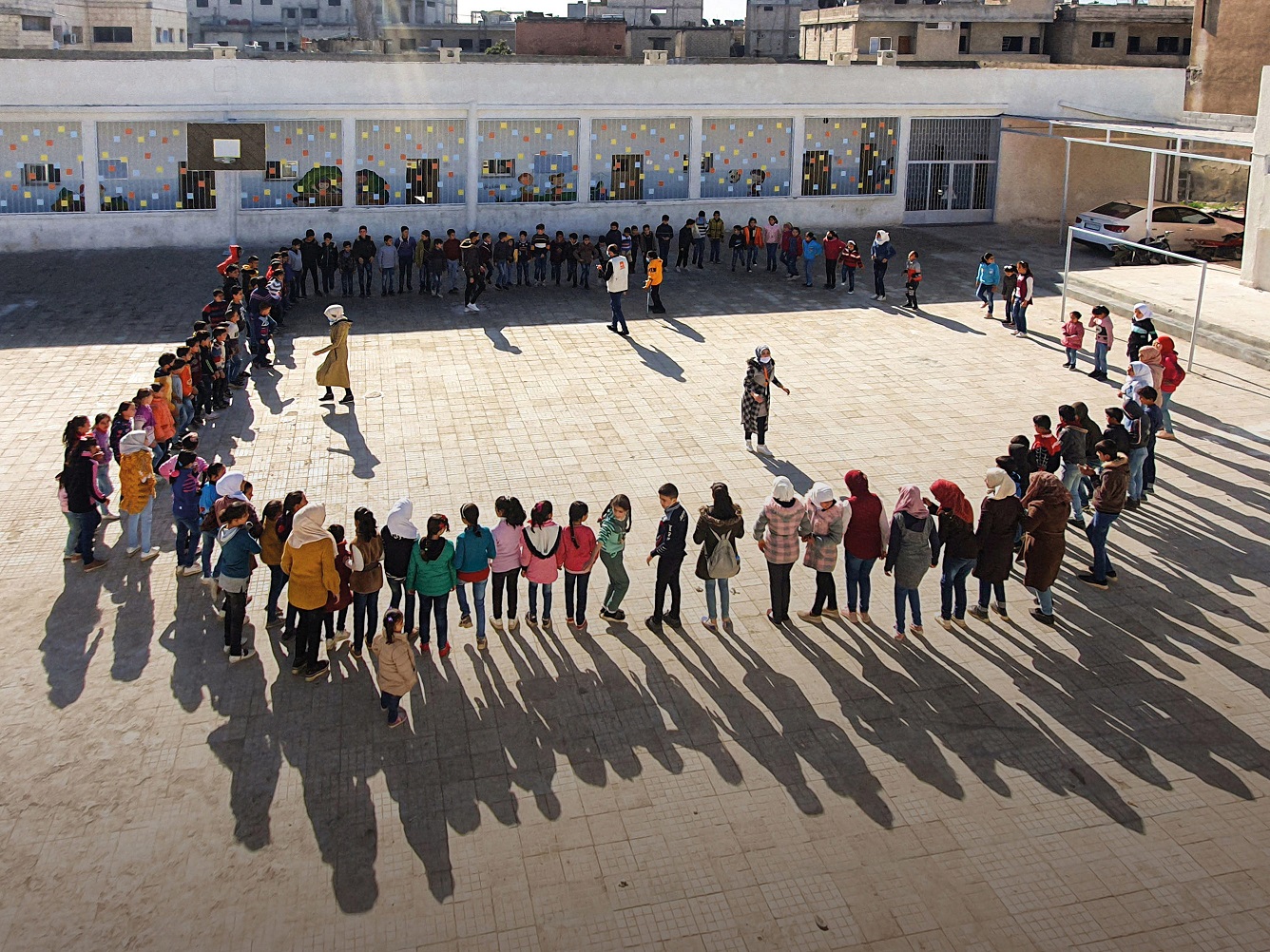 Children in Dara, Syria, participate in an NRC educational programme created for out-of-school children to help prepare them for formal education and reverse any negative impacts displacement has had on disrupting their access to a quality education. ©Tareq Mnadili/NRC

World Children’s Day is on 20 November and the occasion this year focuses on ensuring inclusion for every child, yet internally displaced children are often excluded from quality  education. Internally displaced people (IDPs) of all ages are largely unaccounted for compared with refugees and migrants, and little data of any kind is disaggregated by age, making internally displaced children twice invisible. To help fill this knowledge gap, IDMC has started collecting disaggregated data on education in eight countries, with more planned. Here, we outline some of the main findings from this research.

IDMC estimates that about 17.4 million children aged 5-17 were internally displaced worldwide due to conflict, violence and disasters at the end of 2021. Without access to quality education, displaced children can face compounding consequences to their health, security and future livelihoods, which can, in turn, impact their communities’ long-term resilience to future crises.

Overlapping factors create barriers to quality education, one of them being gender. Globally, 129 million girls are not enrolled in school, and in countries affected by conflict they are twice as likely to not be in school than girls living in non-affected countries. IDMC’s new report, 'Informing better access to education for IDPs', examines these dynamics and demonstrates how more systematic monitoring of IDPs' education is vital to planning and costing effective responses. Informing this report, IDMC has conducted household surveys in eight countries where data on education has been disaggregated by age, sex, ethnicity and other characteristics. Here are some of our findings.

The studies looked at both conflict and disaster-related displacement. The cause of displacement inevitability shapes the impacts experienced by affected communities. In both Colombia and Nigeria, where displacement was conflict-induced, enrolment rates decreased following displacement, especially amongst girls. In Colombia, the percentage of internally displaced girls enrolled in school dropped by 9 per cent, while for boys it only dropped by 2 per cent. Similarly, in Nigeria, girls’ enrolment dropped by 8 percent, while boys’ increased by 3 percent (see figure 1).

On the contrary, in disaster contexts in Ethiopia, Nepal, and Papua New Guinea, there was an improvement in enrolment rates following displacement, as explained further below. Nevertheless, gender disparities remained as more boys than girls were enrolled following displacement in all three countries (see figure 2).

While children across all case studies experienced disruption to their schooling during displacement, the length of breaks varied according to the cause of displacement. In conflict settings, breaks in schooling ran up to two years. On the other hand, in disaster contexts, breaks in schooling lasted up to three months. There weren’t significant gender disparities when it came to the length of these breaks, except for in Papua New Guinea where 65 per cent of the boys were out of school for less than month, while 47 per cent of the girls were out for up to three months. Displacement may also lead to drastic changes in lifestyles which impact enrolment. In Ethiopia, for example, households displaced by drought seemed to have better access to education after leaving their pastoralist lifestyles in rural areas for better serviced urban areas.

It is important to evaluate the impact of internal displacement on access to quality education with an intersectional approach. In addition to the nature of displacement, ethnicity can be an influencing factor. In Colombia, for instance, 67 per cent of the displaced respondents above 18 with no or some education identified as part of an ethnic minority, while only 33 per cent identified as “White”, “Other”, or “None”. However, only 6 per cent of the respondents with tertiary education identified as “African-Colombian” and only 9 per cent as “Indigenous” (see figure 3).

These findings reinforce UN reports on African-Colombians facing persistent structural and historical discrimination, which result in high levels of social exclusion when compared to the rest of the population. While the Colombian government has recognised internal displacement as the most pressing issue faced by African-Colombians, the resources and reach of financial support programmes for them must be expanded to fully address their needs.

In addition to exacerbating ethnic disparities in education, lower incomes and limited financial support often exacerbate gender disparities as well. In Nigeria, for example, research has shown that girls from low-income households between ages 16 and 18 drop out of school because their families cannot afford school fees. A negative coping mechanism adopted by some of these households is that of early marriage of their daughters. According to a key informant interview conducted in 2021 as part of these case studies with a teacher of the Madarasa School in the Plateau State of Nigeria, girls are also more likely to be taken out of school to take care of their younger siblings.

These findings represent only the tip of the iceberg when it comes to the compounding causes of inadequate access to quality education amongst internally displaced communities. Nevertheless, they illustrate how better planning and costing of effective, context-specific and gender-sensitive responses is dependent on the availability of disaggregated data and on intersectional analyses. IDMC’s new report on IDPs’ access to education provides more details on how governments, humanitarian and development organisations can better coordinate and standardise the definitions and indicators they use to produce such data.

Banner: Children in Dara, Syria, participate in an NRC educational programme created for out-of-school children to help prepare them for formal education and reverse any negative impacts displacement has had on disrupting their access to a quality education. ©Tareq Mnadili/NRC