Behind the numbers: the shadow of 2010’s earthquake still looms large in Haiti 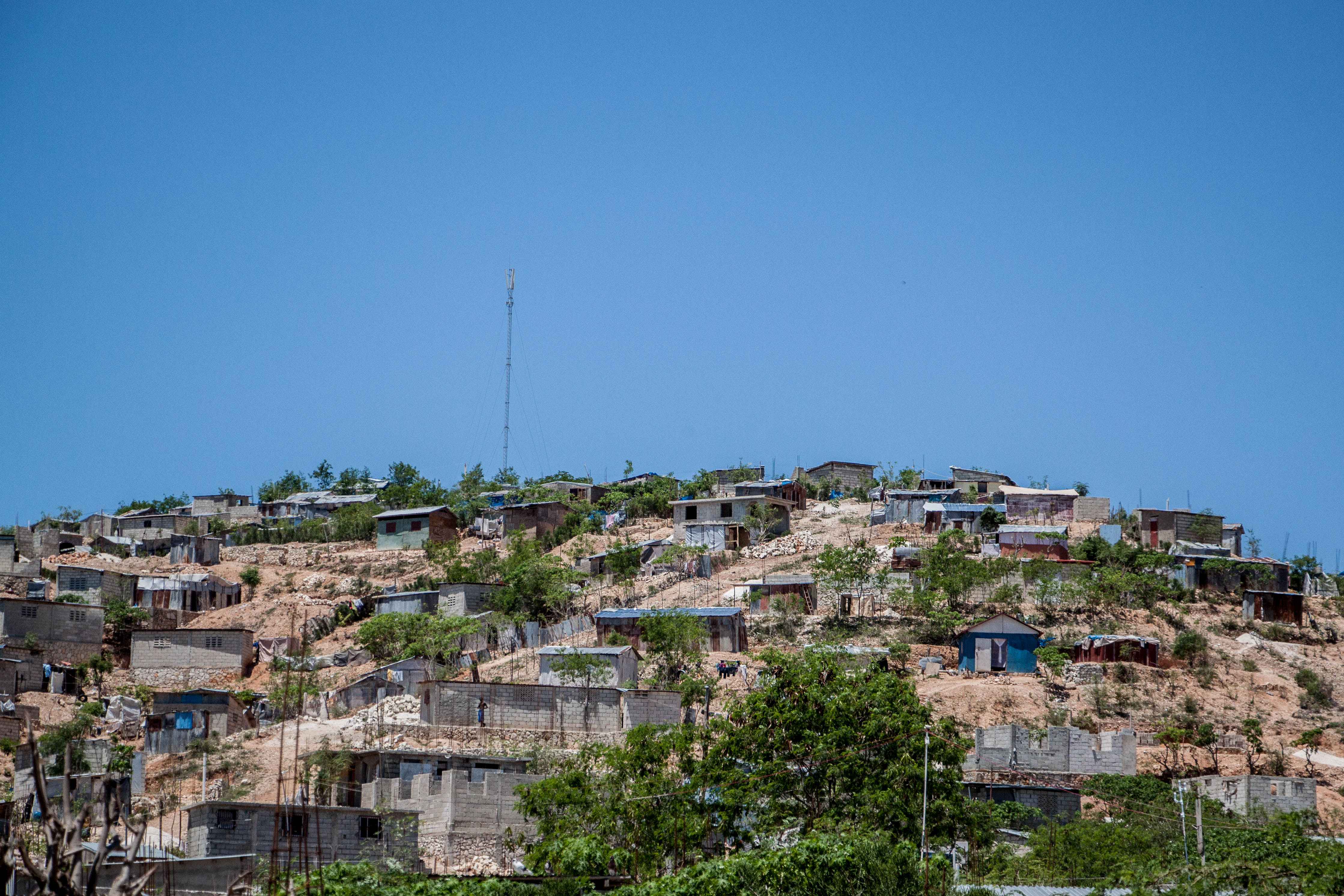 Ten years on from the earthquake that struck Haiti on January 12, 2010, the figures tell us that most of the displaced population has officially been able to return home. But the numbers only tell part of the story.

On January 12, a magnitude 7.0 earthquake struck the island of Hispaniola, near Léogâne, around 25 kilometres from Haiti’s capital Port au Prince. It was one more disaster in a country that had already suffered from political, economic, and social setbacks and inequalities for decades.

Around 3 million people were affected by the quake, which destroyed some 105,000 homes and damaged more than 208,000, forcing hundreds of thousands of Haitians into displacement. The International Organization for Migration (IOM) estimated that 1.5 million people were displaced.

As of January 2020, most of the people displaced by the earthquake have returned to their places of origin. According to IOM’s most recent estimate, 32,788 people remain in 22 displacement sites across the country.

Those living in such sites are not willing to leave either because of the living conditions in their places of origin or because they are not yet ready to return due to, for example, delays in the reconstruction of their housing.

Beyond the (official) numbers

However, IOM’s estimates of remaining people displaced does not paint a full picture of the protracted and multi-layered impacts of the devastating event on the displaced population. At the request of the Haitian government, IOM does not include in their figures informal camps and settlements that developed in and around the country’s cities during the emergency response as well as in the aftermath of the crisis.

Three major sites — Canaan, Jerusalem and Onaville camps — were removed from the official camp list in 2013. According to media reports (US.News, Miami Herald, Ozy) Canaan camp alone is home to up to 300,000 people as of January 2020. Even though people living in these various sites may have made progress towards some sort of longer-term solution, they remain a long way from what the Inter-Agency Standing Committee (IASC) framework would term a “durable solution”.

Many of these persons, in addition to their acute vulnerability due to their displacement situation, are facing risks of eviction from people claiming ownership of the land they're living on — land which, in some cases, is at high risk of floods and landslides. And the housing made from concrete blocks that has sprung up in these sites is not disaster-proof.

The acute vulnerability experienced by these people is closely linked to the worsening political and socio-economic crisis in Haiti.

The immediate aftermath of the earthquake saw a huge effort from both Haitians and the international community to provide aid, as well as a strong pledge to rebuild the country, but this effort and promises quickly gave way to endemic problems.

A toxic mix of misadministration, corruption from the governmental authorities, and a loss of interest on the side of the international community have combined to hamper development work and sideline the crisis. On top of that, there were significant limitations and dysfunctional elements in the management and use of international aid in the aftermath of the earthquake and these continue to be criticised and discussed.

All of this has prevented the country from efficiently recovering and, has in turn, created a widespread feeling of disillusionment on the side of the Haitian people, who, following huge financial pledges from the international community, hoped the rapid reconstruction and development promised by the government would materialise.

As a result, Haiti is now experiencing a protracted socio-economic-crisis. The devaluation of the local currency, the Gourde, against the American dollar has resulted in an increase in prices. Since January 2019, this has been a source of civil unrest.

This complex national context has triggered widespread gang violence, mainly in the form of fights between criminal groups. The overall deterioration of the security situation across the country is hindering humanitarian access to a population in need of assistance. And international organisations are warning of an ongoing and approaching humanitarian crisis in which 40% of the Haitian population will require urgent assistance in 2020.

A man-made crisis putting Haitians at risks of further displacements

In this unstable context, exacerbated by recurrent disasters striking Haiti since 2010, further displacements are likely, triggered either by the critical living conditions of the population or by the deteriorating security situation in a disaster-prone country.

Not only has this situation prevented the remaining displaced population from overcoming the challenges they are faced with and achieving durable solutions, but it also increases their risk of experiencing secondary or tertiary displacement.

IDMC has already identified several cases of displacement due to gang violence, forcing people to leave their home. This shows that this man-made crisis is also likely to cause further new displacements of people who are currently not internally displaced.

Ten years on from the headline-grabbing earthquake, Haiti should remain a priority country for international cooperation, specifically in regard to the continuing worrying internal displacement situation, which is far from being resolved.