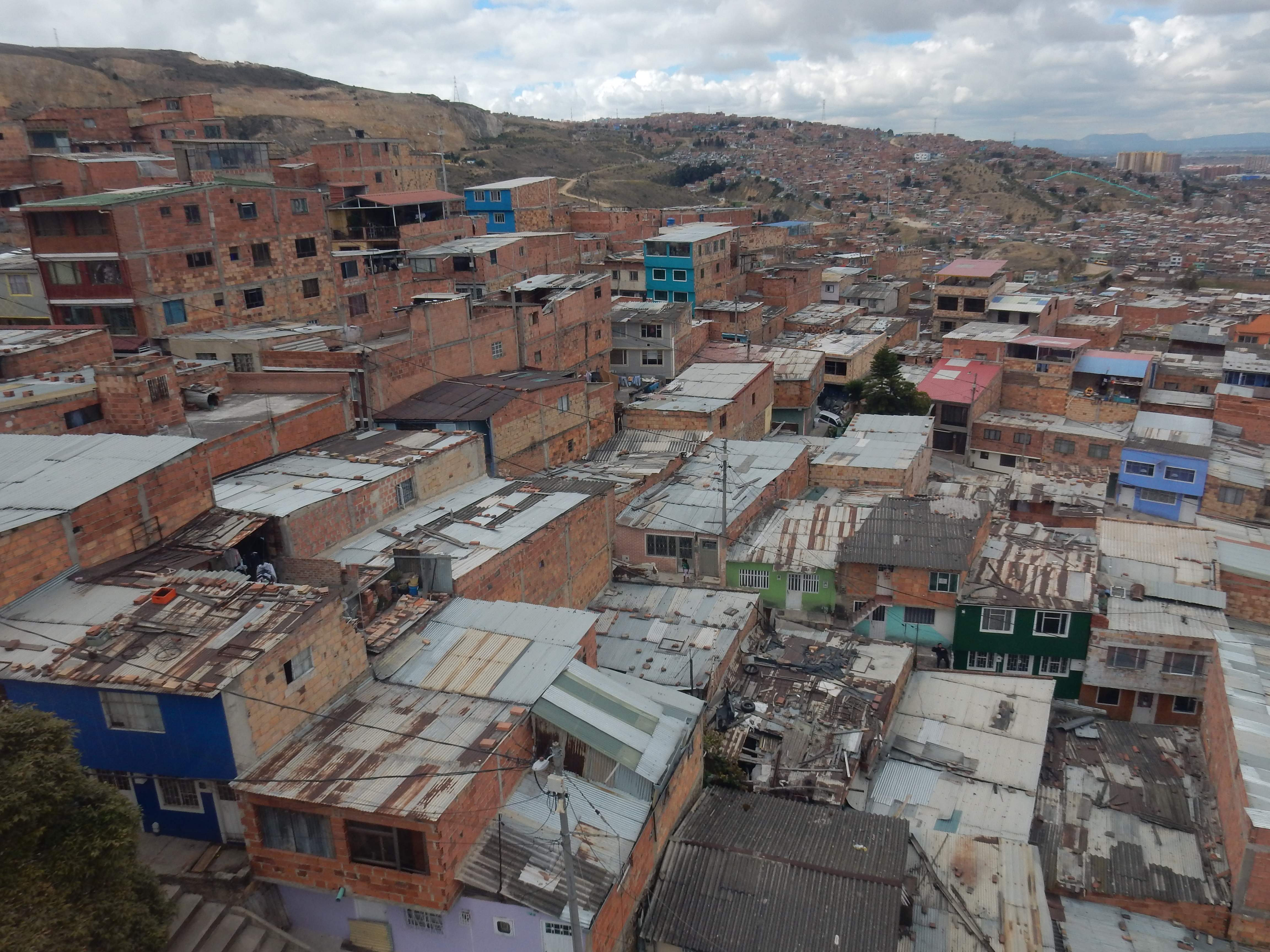 As part of the research work for the Invisible Majority thematic series, IDMC’s Research Associate Chloe Sydney recently travelled to Colombia to gather evidence for our report “Stuck in the Middle”: Seeking durable solutions in post-peace agreement Colombia. Her meetings with internally displaced people illustrate some of the challenges we face in determining whether IDPs have reached durable solutions to their displacement.

Most headlines on Colombia in recent months have focussed on the steady stream of refugees and migrants escaping desperate conditions in Venezuela. Prior to this influx, the international media were focused on the peace agreement with the Fuerzas Armadas Revolucionarias de Colombia (FARC) reached by the government of Colombia in 2016. As a result, for nearly three years, internally displaced people (IDPs) in Colombia have been somewhat forgotten.

IDMC estimates that more than 6.5 million Colombians were living in internal displacement as of December 2017, ranking the country second only to Syria for the number of IDPs. Since then, new displacements continue to be recorded. Despite the peace agreement with the FARC, other armed groups remain active and conflict continues to cause displacement throughout the country. Between 12 and 18 February 2019 alone, around 4,500 people were displaced by armed clashes in Ituango, a group of people whose plight is overshadowed by the mass movements of people into the country.

Unlike some countries who lack the will or capacity to address internal displacement, Colombia has one of the world’s most comprehensive legal frameworks to prevent and address the phenomenon. The 2011 Victims’ Law, in particular, emphasises affected populations’ right to assistance and reparation, including compensation and property restitution. In addition, and in line with the Colombian government’s progressive policy to combat extreme poverty, vulnerable families may be entitled to free social housing. To date, 100,000 homes have been made available, 70 per cent of which have been allocated to IDPs.

During fieldwork in Colombia in November 2018, we met some of the internally displaced people who have benefited from this free social housing. The vastly different experiences of these beneficiaries remind us that durable solutions are hard to achieve, and harder still to measure.

On the one hand, we have Agustin*. His apartment boasts plush furnishings and a well-equipped kitchen which has enabled him to set up a successful business selling avena, a popular oat-based drink. On the other hand, in the same neighbourhood, we have Emiliano. When we met him, he was pushing a large wheelbarrow of recycling. Recycling, it turns out, is his family’s only source of income. His apartment has a dirty cement floor, a broken window, and scant pieces of furniture. But he is grateful to have a roof over his head: “I thank god every day that the government was able to give us this home”, he told us.

Contrasting standards of living and access to livelihoods aside, both Agustin and Emiliano are concerned by insecurity in the neighbourhood, which is affected by widespread drug use and criminality. One woman we spoke to had been stabbed eight times after reporting a crime to the police. Agustin, unsurprisingly, had three large metal locks on his door. “If somebody is getting killed the police never comes. They only appear after the person is already dead”, worries Emiliano.

Are Agustin and Emiliano no longer IDPs, now they have been provided with housing? The IASC framework on durable solutions outlines eight criteria to determine the extent to which a durable solution has been reached. In addition to restoration of housing, land and property, this includes safety and security, adequate standard of living, access to livelihoods, access to documentation, family reunification, participation in public affairs, and access to effective remedies and justice.

IDMC’s estimates for Colombia are based on the government’s registry, which records all victims of the conflict since 1985. In 2017, based on available social and economic indicators of vulnerability collected by the registry, we excluded from our figures people who have overcome their displacement-related vulnerability as they have started to move towards a durable solution to their displacement. Agustin, I would imagine, is probably no longer included in our stock figures.

At the same time, to recognise the difficulties inherent in reaching durable solutions, those who have overcome housing-related vulnerability but continue to face challenges in other areas are now being accounted for in a separate “provisional” category. I suspect Emiliano is part of this category.

* All names in this piece have been changed to protect identities.