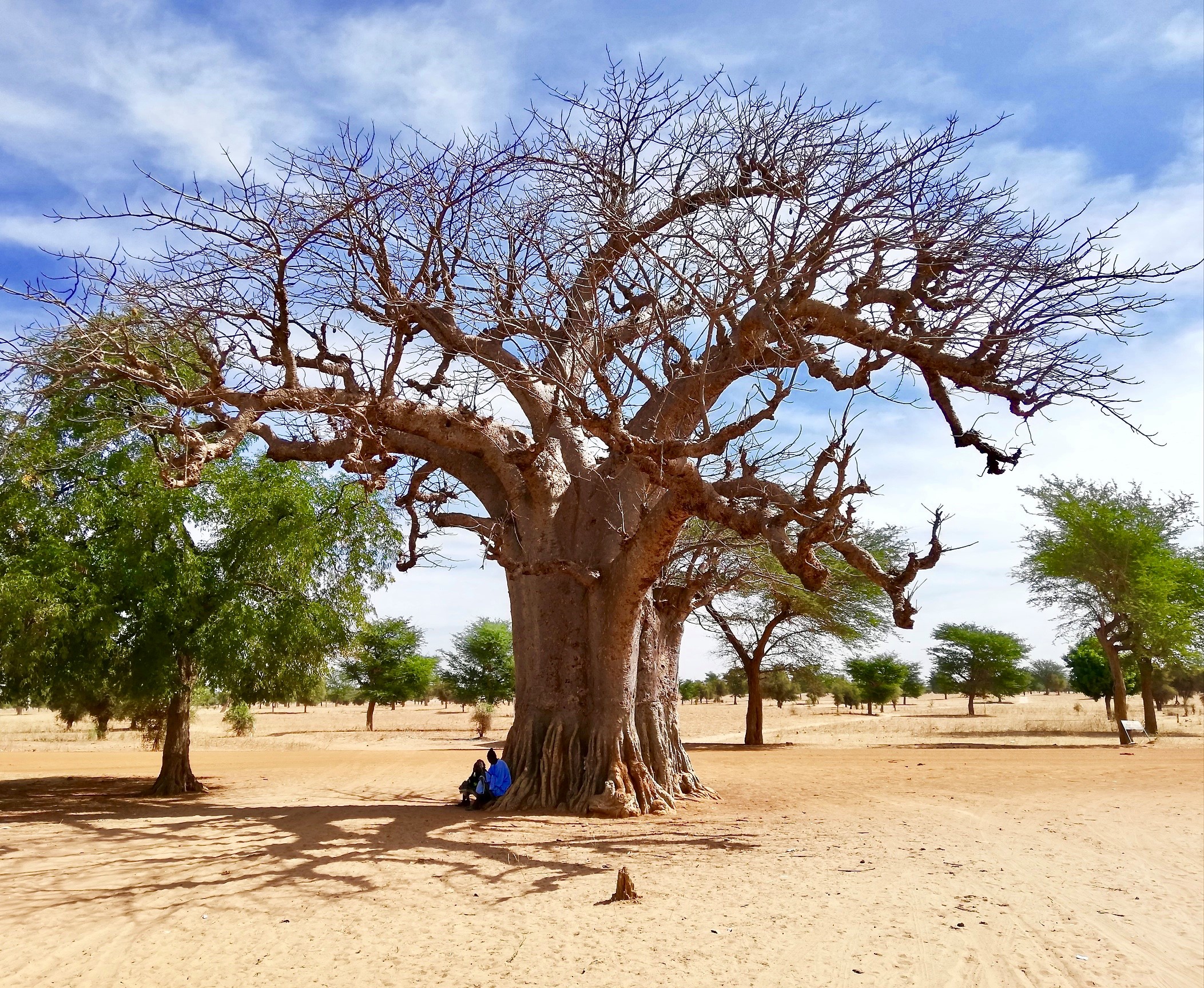 According to current projections, the number of people displaced because of climate change by 2050 varies between 100 million and 1 billion people. Although these figures are very much debated, and environmental drivers are combined with economic, social, demographic, political and cultural ones, more data and research are certainly needed to further explore the relationship among the phenomena of climate change and human mobility. In order to contribute to this debate, two students, Anna Chesnier and Giordano Margaglio, from the Master’s programme in Disaster Risk Management & Climate Change Adaptation at Lund University, Sweden, dedicated their thesis to the investigation of this subject, through research in a small village situated at the gateway of the Senegalese region of the Sahara desert: Ndem.

The case of Ndem, Senegal

Ndem is a very small village, counting about 300 inhabitants, situated in the Diourbel region of Senegal. Throughout the 1970s and 1980s, this area experienced very severe droughts which triggered a massive rural exodus. Hundreds of farmers, unable to sustain agriculture in a climate of rising temperatures and rainfall deficit, decided to abandon the fields to look for alternative livelihoods in large urban centres such as Dakar, Diourbel and Touba.

This situation changed in 1985, when the spiritual guide Serigne Babacar and his French wife Sokna Aissa Cisse returned from Europe to Ndem and founded the “ONG des Villageois de Ndem”. Over the following years, this small textile NGO was able to employ hundreds of people from the region, export art crafts both nationally and internationally, and ultimately create a solid system resilient to climate uncertainties. Nonetheless, the setting of the NGO was only the beginning of the adaptation process of the village, which in the last few decades managed to establish sustainable agroforestry practices, create organic products and fertilizers through the composting of waste, replace coal through the use of biofuels obtained from peanut shells and cope with desertification through a program donating children trees to garden and guard throughout their lifetime to foster reforestation.

All of these adaptation practices boosted the living conditions of Ndem, which today - besides current water and electricity - has a primary and a secondary school, a health centre, a library, a sustainable garden and a “water castle” capable of providing water to 16 of the neighbouring villages in the region. Not only these measures were capable of contrasting the rural exodus, but they also managed to reverse its trend: Ndem today is a reference point for in-migration flows from all over Senegal.

Findings from the fieldwork

Throughout the fieldwork, a combination of qualitative and quantitative methods was employed, including the distribution of 36 survey questionnaires, 9 semi-structured interviews with key informants from the village and 2 interviews with officials from the World Food Programme office in Dakar. While the survey’s primary objective was the one of getting an overall understanding about climate change in the area, environmental degradation, and coping mechanisms adopted by local communities, interviews were mainly used to give a voice to villagers about their history, culture, spirituality and religion.

Findings from the survey indicate that the majority of people perceived both an extension in the length of the dry season and a shortening of the rainy season over the past few years, coupled with a rise of intensity for temperature and rainfall, respectively. More than 50% of the respondents believe these changes are caused by abnormal weather conditions attributable to climate change. While about 80% of the respondents consider desertification to be a hazard for their village, 91% think effective adaptation measures are being implemented to tackle this problem. This is exemplifying for the great resilience of Ndem.

Results from the interviews, on the other hand, highlighted the community bonding, spirituality and in-migration attractiveness of the village. One of the most interesting findings has been the paradoxical willingness to stay, despite the utter consciousness and awareness concerning future climatic challenges. One of the respondents, when asked about future behaviors of villagers, declared: “I think they will stay. Because their ancestors are here, their grandfather chants are here. And the attachment towards the land is very intense. In the village people do not want to move.”

A case of successful autonomous adaptation

After having triangulated data from interviews and survey with existing literature and Senegal’s climate reports, five main drivers have been identified to be the main shapers of migratory patterns in Ndem: sense of community, spirituality and religion, development, economy and livelihoods and, finally, climate. Results show that the peculiar conditions of the village, coupled with its history and culture, created in Ndem a successful case of autonomous adaptation. This conclusion represents something unprecedented in the existing research landscape, mainly for three reasons. First of all, it is able to contrast the Western notion of Africa’s helplessness and desperate desire to reach Europe. Secondly, it shows that - although the climate crisis is indeed going to affect vulnerable communities all over the world - it will not necessarily result into a massive exodus of the so called environmental migrants. Finally, the case of Ndem represents an inspiring model to emulate since it shows that, even when levels of vulnerability are extremely high, climate change poses new undiscovered challenges, and the government does not provide its help, the achievement of a cohesive, sustainable and strong level of resilience is still possible.