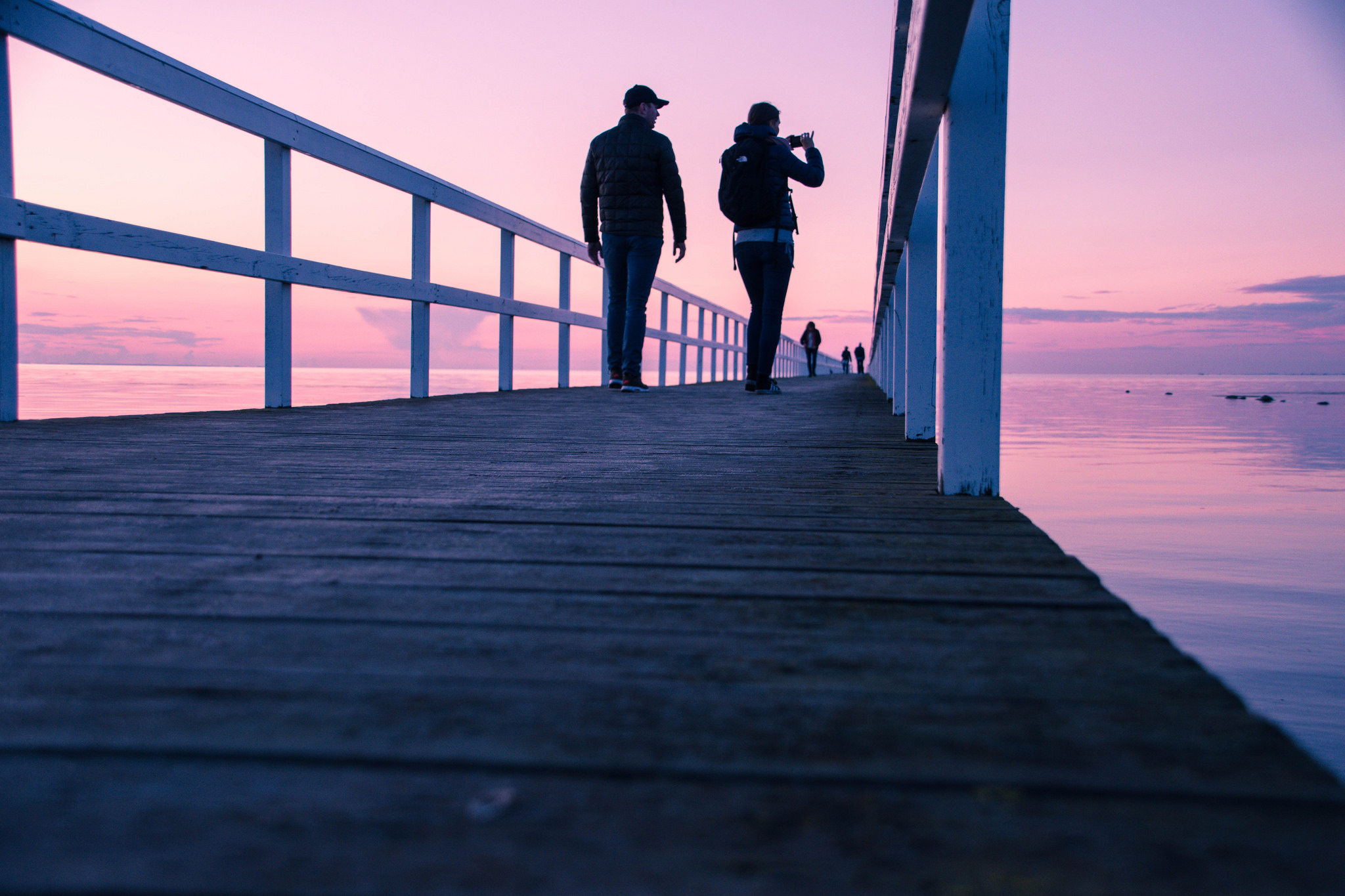 In our Invisible Majority thematic series, we set out to better understand the relationship between internal displacement and cross-border movements. Preliminary fieldwork among Iraqis in Sweden shines light on this relationship, putting into sharp focus the complex journeys of those in search of safety. 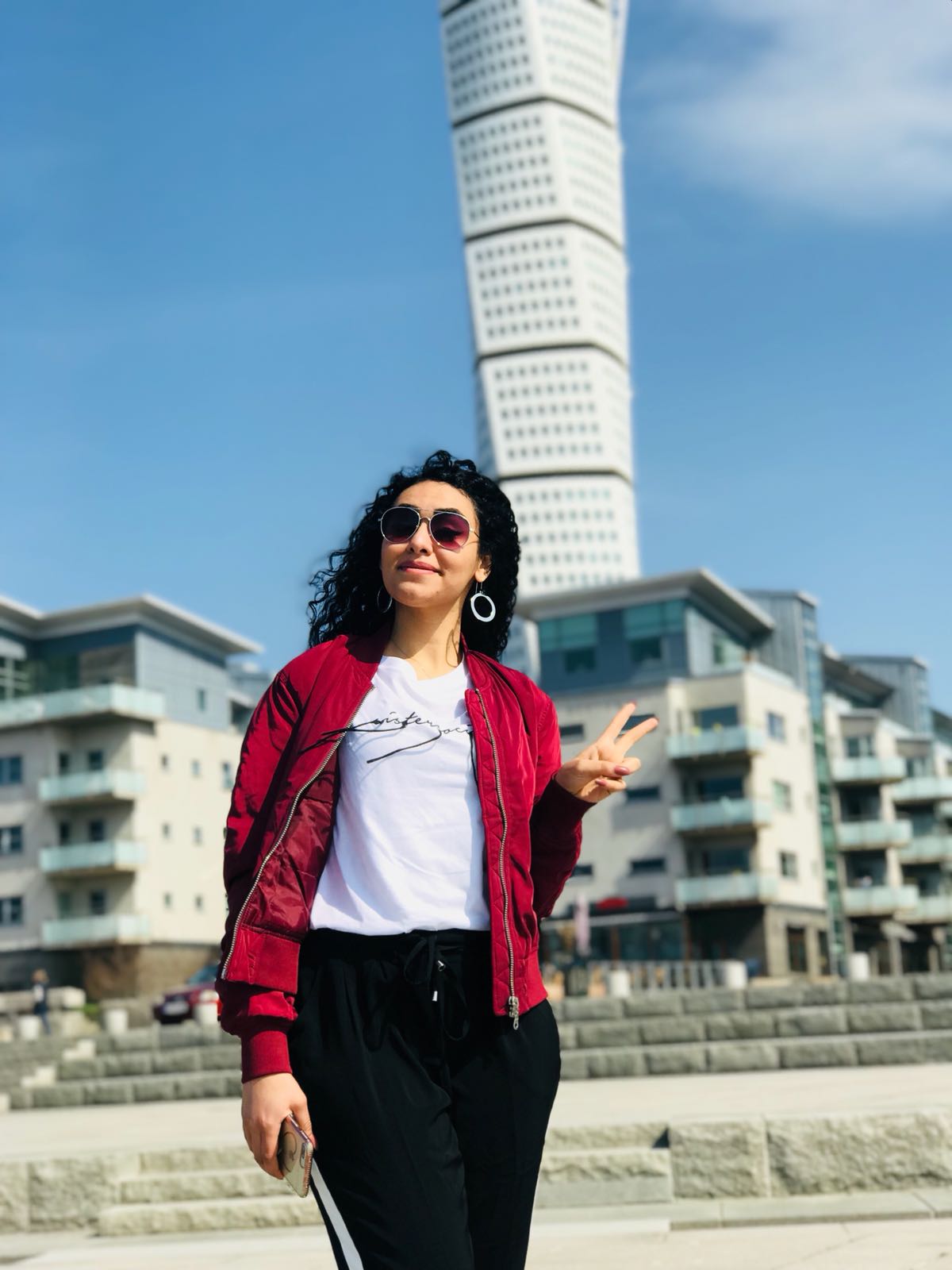 Nour is sitting on a wall sipping her chai latte, staring out at the sea. In the distance, the four-kilometre bridge which links Sweden and Denmark shimmers in the sun. Nour looks happy, confident and relaxed. We are celebrating our last day of fieldwork. Over the past three weeks, Nour, Amer, Hala and I have interviewed a total of 62 Iraqi refugees, asylum seekers and vulnerable migrants. “I’m so lucky”, sighs Nour.

I stare in disbelief. Nour is Palestinian, from Syria. She was born stateless, the daughter of Palestinian refugees, and grew up in the unofficial refugee camp of Yarmouk on the outskirts of Damascus. Yarmouk has been under siege since 2012, and has recently been making the news due to intensive bombardments. Nour and her family fled to Egypt at the early stages of the war but many of her extended family lost their lives. After a terrifying two-week long sea journey, Nour finally arrived in Europe in 2013 and was able to make her way to Sweden. Recently, she has been granted Swedish citizenship – her first ever nationality. So when Nour tells me how lucky she feels, I can’t help but feel bewildered by this young woman’s incredible optimism and resilience.

I understand what she means. Over a third of the people we spoke to had been internally displaced before leaving Iraq, half of these multiple times. Asos (not his real name) remembers that his family was forced to move almost every year until they were resettled to Sweden in the late 1990s – his father was a political activist and their lives were constantly threatened. During their myriad displacements inside Iraq, the family sometimes went hungry. “My father used to go hunting wild boar. Even for Muslims, it was a matter of survival.” Now working as a journalist, Asos has returned to Iraq multiple times. But he will never return to live there. In his words, because his childhood was marked by recurrent displacement, “there’s nowhere to return to.”

Aasma (not her real name) and her family also experienced multiple internal displacements before becoming refugees. Originally from Baghdad, the family first fled their home when a local militia attempted to forcibly recruit Aasma’s teenage son. They ran away to Babylon, where they lived under cover for a few months before being located once more by the militia. Afraid for their son, they fled to Erbil – however, due to reported sponsorship requirements, they were unable to remain in Kurdistan. Eventually, the family crossed into Turkey and made their way to Sweden. Their asylum application was denied, but the family is hopeful their appeal will be successful. Aasma hopes she will be able to stay in Sweden: “Here I feel free, I feel safe, I feel human. I have more rights as a woman here.”

Rayah’s story has a more tragic note. Rayah (not her real name) and her family lived in a large villa in one of the most beautiful neighbourhoods of Baghdad. But one day, the family received a chilling letter containing a single bullet and instructions to leave within 72 hours. Frightening the family further, a bomb was detonated outside their house – the noise of the explosion was such that the youngest child lost his hearing.

Rayah and her family fled that very day, joining the ranks of the country’s internally displaced by escaping to the home of a friend in another part of Baghdad until they were able to organise their escape across the border to Syria. Once in Syria, the family split up: Rayah’s husband travelled onwards to Sweden, while she and her children waited in a refugee camp in Jordan. They thought they would be soon reunited – but they ended up waiting five years. 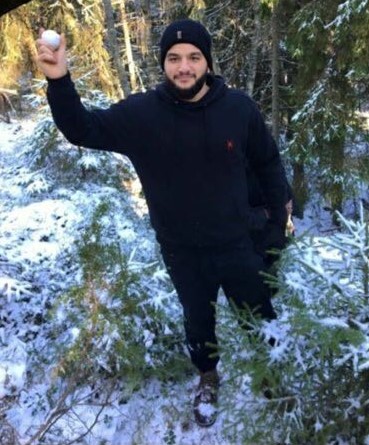 Eventually, the father was granted asylum in Sweden, and they were able to apply for family reunification. By then, however, the two elder sons were over eighteen, and they were told they were not eligible for reunification – only Rayah and her youngest child were able to travel. The two eldest travelled back into Iraq before attempting the voyage by land. Once they finally made it to Sweden, they were denied asylum on the grounds that they could have stayed in Iraqi Kurdistan, as per the controversial policy of ‘internal flight alternatives’.

After spending months in detention, Rayah’s two elder sons decided to remain in Sweden illegally to be close to their family. Earlier this year, after years spent evading the Swedish authorities, her eldest son passed away of a heart attack. “The day before he died, he brought me flowers.”

So maybe Nour is lucky, after all.

The next step in our Invisible Majority thematic series is to interview Iraqi refugees in Jordan, followed by IDPs and returned refugees in Iraq. We’ve previously argued that today’s IDPs are tomorrow’s refugees, while returning refugees risk becoming tomorrow’s IDPs. This research is our chance to prove it. Keep an eye out for upcoming blogposts to find out more.