Could novel approaches to urban tenure help to reduce disaster displacement risk in the Pacific? 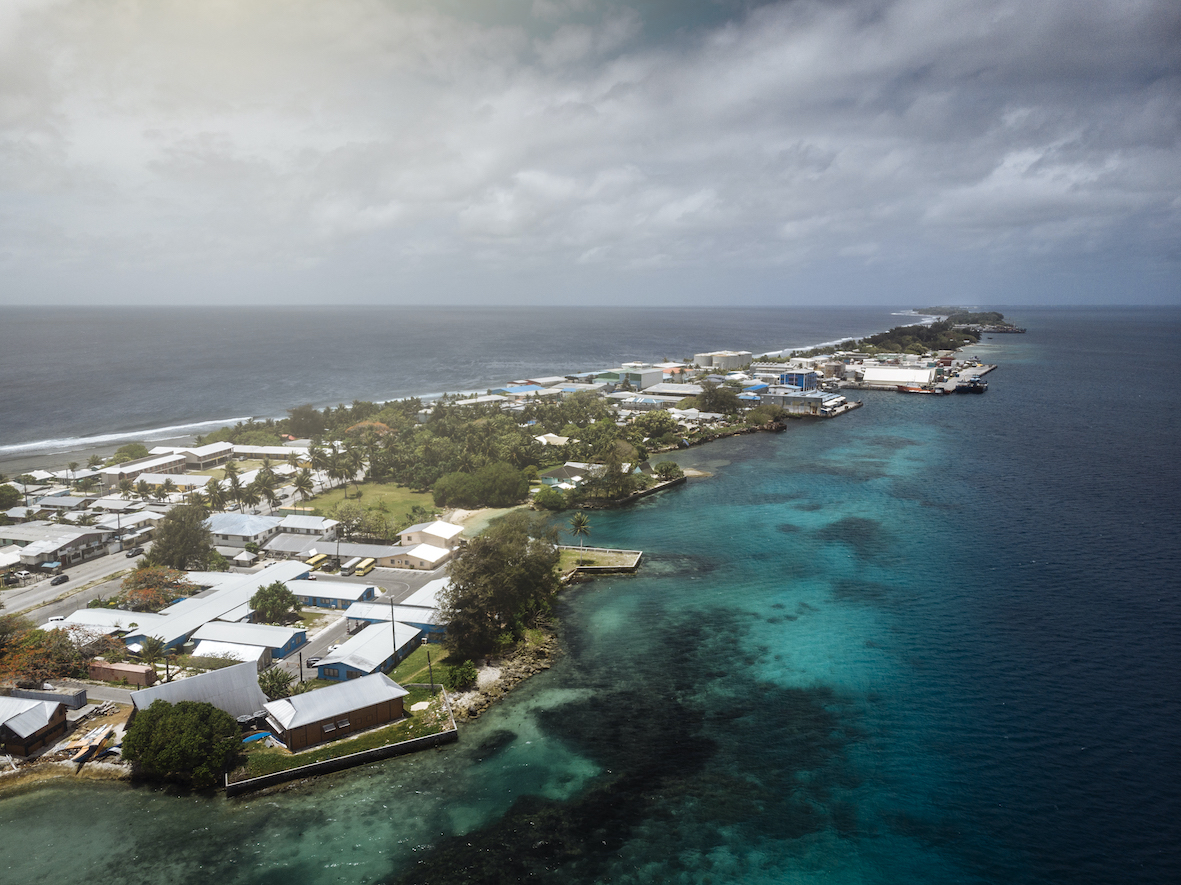 Rapid urbanisation is transforming relations to tenure security across the region and undermining settlements’ resilience to disasters, but there is potential for this trend to be reversed.

Urban areas in the Pacific are relatively small in terms of their population size, but they are growing at some of the fastest rates in the world. This is the result of natural growth and the arrival of people from outer islands drawn by the prospect of new livelihood opportunities, better education and health services and modern urban amenities.

A number of government-led studies suggest that household income levels in the Pacific are significantly higher in urban areas than in outer islands, but Pacific islanders still rely heavily on subsistence strategies in informal markets, including the informal rental of urban land. Recent estimates indicate that up to 50 per cent of residents in larger Pacific towns live in informal settlements, many of them established on state-administered land. The figure is likely to be an underestimate, given that people who live in settlements in peri-urban zones outside formal administrative areas are not recorded in census data.

This rapid urbanisation has exposed ever increasing numbers of people not only to disasters, which have become more frequent and intense as a result of climate change, but also to the risk of displacement. People living in informal settlements are particularly vulnerable, the result of unregulated development, poor quality housing, overcrowded conditions and limited access to services.

Clear and secure land rights are essential for social development, economic growth and reducing disputes and conflict, but tenure insecurity is also a daily issue for an increasing number of people trying to establish urban lives in informal settlements in the Pacific. Many face the latent threat of eviction.

Insecure tenure discourages people from investing in more robust housing, which in turn impedes long-term planning for household and community resilience. Emerging evidence of strong links between tenure insecurity and climate vulnerability also highlights the importance of addressing the issue as part of climate change adaptation efforts. This places urban resilience at the forefront of policy reform in the region.

As a 2015 government report in the Solomon Islands found, many people in informal settlements were frustrated at their inability to secure tenure, and wanted the government “to help them make legal claims to the land on which they live, or at least to open up options to obtain services and to legally undertake self-improvements to their homes”.

When people and communities have secure tenure, they are more willing and able to invest in their homes, neighbourhoods and futures. Indeed, research into customary tenure arrangements in the Solomon Islands capital of Honiara suggests that even perceived tenure security is enough to encourage such investment. Security was more strongly correlated with the amount of time a household had occupied a site rather than the possession of formal title deeds. This is a much neglected aspect of customary land tenure.

Research in Fiji also concludes that customary tenure arrangements, although complex and often ambiguous because of the lack of formal documentation, may be “good enough” in terms of social protection. It has been proven to provide access to property to all members of a community, who share expectations and respect for customary procedures.

Respondents to a recent IDMC research questionnaire identified customary arrangements as a potential foundation for a “Pacific way” of addressing tenure insecurity by “using, sharing and empowering traditional knowledge to mitigate displacement risk for the purpose of building resilience”. They noted, however, that customary landowners and land boundaries needed to be better identified, and ways to bridge land governance systems found.

Emerging approaches to tenure view it as a social relation involving a complex set of rules that governs land use and land ownership. They understand that property rights may vary within, as well as between, different tenure systems. Such approaches challenge the primacy of the individual freehold model by understanding tenure as a continuum of rights. Emphasis is placed on the fluidity of tenure types that extend legitimacy across the spectrum of formal, informal and customary land rights.

This may include forms of tenure that are based on socially legitimate arrangements such as witnessed rights, marital rights, occupation rights and permission to occupy, various forms of leasehold and individual private ownership. This pluralistic approach advocates for tenure types and administrative systems that reflect communities’ particular social, cultural and economic practices and needs.

Identifying the full range of tenure types is essential to understanding the nature of housing and land markets, how people move through them and the roles governments can play to support tenure security. These may include providing access to land for community land trusts, the formal recognition of informal settlements and support for initiatives such as incremental tenure and fit-for-purpose land administration systems.

Socially legitimate tenure policy plays a key role in ensuring security and investment in land. It is also essential to protect citizens’ human rights and enable them to shape and share the benefits of resilient urban environments. Given that in most developing countries more than 70 per cent of land is not formally registered, this amounts to an emerging global issue.