Displacement and housing affordability in the United States 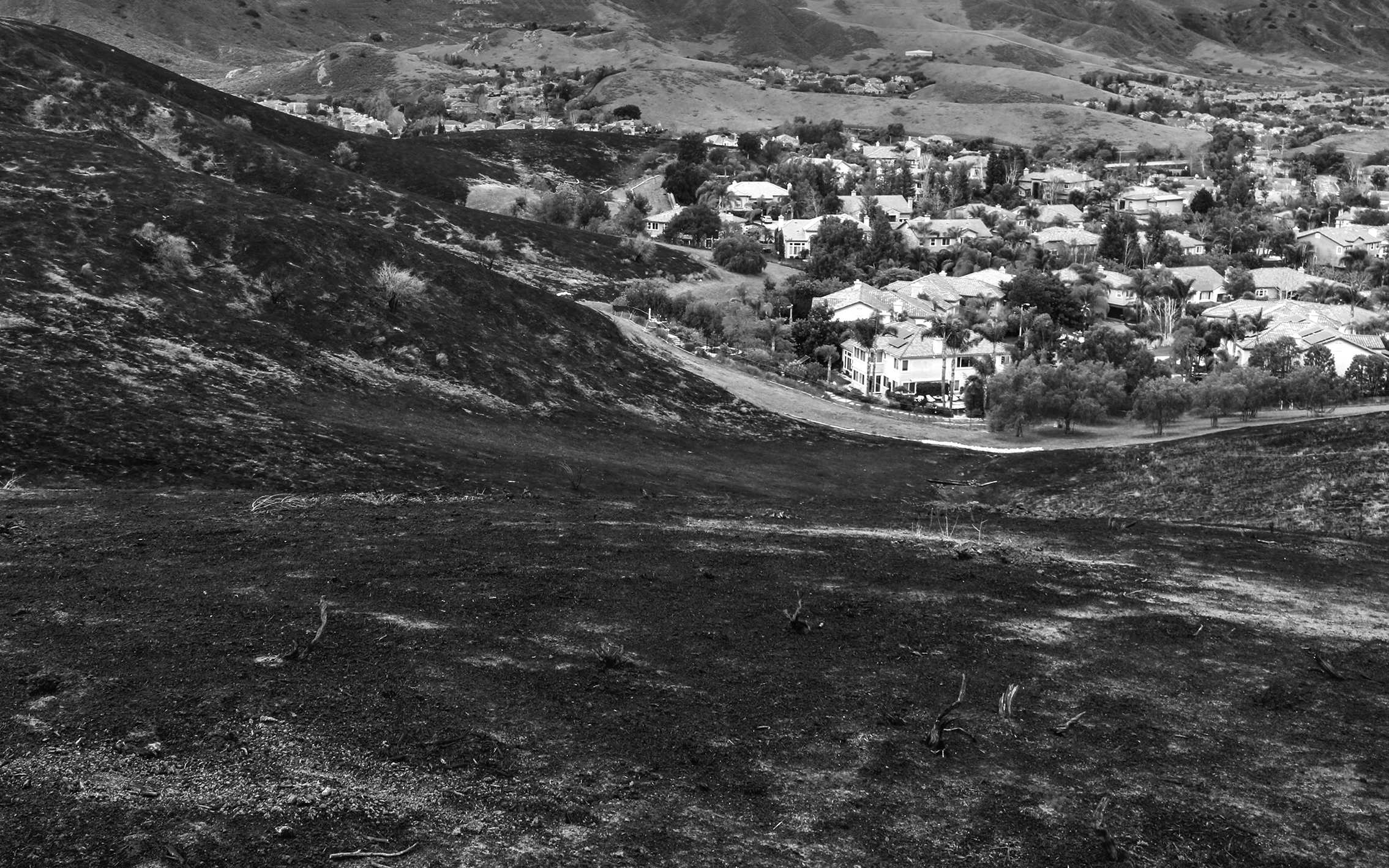 View of a suburban Californian neighbourhood after a wildfire. Photo: Shutterstock / Erin Donaldson, 2018

For some, the end of a disaster is just the beginning of a displacement cycle

What would you do if you couldn’t afford to rebuild your home or move elsewhere after a disaster? This is an increasingly pertinent question for many people living in developed countries, such as the United States, when a disaster destroys their home or makes it unliveable. Housing affordability following a disaster is a growing challenge to ending internal displacement.

According to the 2019 Global Report on Internal Displacement (GRID), almost 10 per cent of all disaster-related displacement in 2018 occurred in the United States. More than 1.2 million new displacements resulted from multiple disasters including two major hurricanes, Florence and Michael, and the devastating California wildfires.

Pre-emptive evacuations and people who were under evacuation orders tend to make up the bulk of this figure. However, deciding whether to evacuate and obey those orders are complex and multifaceted. These can range from practical challenges for the elderly and those with disabilities, people’s desire to protect their home, pets, livestock and other assets, or just being unable to afford to self-evacuate. A more nuanced insight into the long-term challenges for those displaced is to look at impacts on housing.

An increasingly problematic by-product of disasters is housing affordability; the ability to rebuild one’s home or to be able to afford to find a new home. In the United States, recent disasters have highlighted that, while poor households are disproportionately affected, people living in exposed areas that are displaced due to the collapse or destruction of their homes face long-term challenges when it comes to being able to return home.

As recently chronicled by the Washington Post, the November 2018 Camp wildfire in Butte county, California, left thousands of people homeless in an area that was already experiencing a housing shortage. Despite giving out millions of dollars in housing assistance to those who suffered housing destruction, the Federal Emergency Management Agency (FEMA) is encouraging people to look for housing in Sacramento (90 miles away) or elsewhere. This effectively forces people to leave behind their jobs and lives they have built around family and friends.  Another challenge to rebuilding or establishing a home locally is finding employment. While temporary jobs have been available to support the clean-up, long-term employment is unclear due to the closure of companies or the loss of employees who move away. The lack of available and affordable housing and employment opportunities in the area will inevitably push the poorest people out.

According to estimates, the insured losses from the Camp and Woolsey wildfires in late 2018 could total between $9 billion - $13 billion. For the Californians who find themselves homeless, matters may only get worse thanks to the state’s extremely competitive, pricey real-estate market. California has already seen a growing exodus with more than 1 million people leaving the state between 2006 - 2016, largely because of the high costs of housing, and the wildfires may add to this trend. With increased risk in these locations, insurance rates may increase, and if building codes are updated to make housing better able to withstand fires, homeowners may be required to rebuild with fire-resistant materials. This could add to the increasing cost to rebuild and make it financially out of reach for those who are displaced.

“They’re all living in travel trailers, extra bedrooms, garages, sheds, and any nook or cranny that can possibly accommodate a human being,” noted Ed Mayer, executive director of the housing authority for Butte County, where Paradise and surrounding towns ravaged by the fire are located. “It may take people two to three years to figure out they won’t find housing locally unless they’re lucky to have a FEMA-manufactured housing unit or such.”

The California wildfires are not the only example of a disaster wreaking havoc for displaced people in search of housing to rebuild their lives.

Eight months after Hurricane Michael devastated the Florida Panhandle as a Category 5 hurricane, many continue to struggle to find housing. The hurricane damaged or destroyed nearly 60 per cent of the housing stock of Bay County and, as of March 2019, at least 7,800 people are still considered homeless according to county officials. The displaced are living in temporary conditions such as campers, condemned homes, or outside in the yards of good Samaritans.

With the housing stock decimated, an apartment in Panama City that might once have gone for $500 per month now rents for more than $1,000. As a result, people move further away from their jobs, former lives and families for more affordable options, or leave the area permanently given the scale of destruction. Local officials estimate 15 per cent of residents moved away after the hurricane and an estimated 20,000 people were left homeless.

Despite the challenges of housing displaced populations after a disaster, support mechanisms, such as insurance, emergency aid packages, and temporary shelter programmes, do exist. For example, in the case of Hurricane Michael, by the end of April 2019, FEMA had allocated $1.2 billion in federal funds that included paying the rent for 22,000 households, covering the cost of hotels for 2,000 families, putting more than 900 families in temporary housing, and providing over $630 million in low-interest loans to home and business owners.  Yet accessing these support services can take time, they are only a temporary solution, and are limited in addressing long-term housing challenges, such as affordability.

No time to rebuild before the next disaster

The United States is not an isolated case when it comes to housing affordability for people displaced by disasters. As a former Netherlands Chief of Defense pointed out, it's key for countries to understand that it will not be only poor and vulnerable nations hard hit by climate change, but all countries with a coastline.

We need systematic data collection to understand the immediate and long-term challenges of displacement. However, providers of disaster displacement data do not normally include information about when, how and for how long people are displaced, when they return home or integrating back into society, either locally or elsewhere in the country.

IDMC’s research programme attempts to fill this gap to understand the economic costs of displacement. We are also working to collect more information regarding housing destruction as a way to estimate the magnitude of displacement and of people’s vulnerability and the extent to which they may continue to be displaced. We provide several recommendations in our thematic report Disaster Displacement - A Global Review, 2008-2018 including collecting data frequently enough to accurately reflect what is happening on the ground, as well as where people take refuge when displaced and the systematic recording of housing destruction.

As the impacts of climate change intensify, it is not only about the magnitude of a disaster, but also about the amount of time in between disasters to recover. When homes collapse, are severely damaged, or unliveable, this will increasingly be a challenge for communities to ‘build back better’. With longer seasons of wildfires and hurricanes, along with more intense fires and storms, the amount of time to return to normalcy, to reconstruct, or to find a new home may not be sufficient for people before another disaster strikes. As the Intergovernmental Panel on Climate Change states, “disasters associated with climate extremes influence population mobility and relocation, affecting host and origin communities. If disasters occur more frequently and/or with greater magnitude, some local areas will become increasingly marginal as places to live or in which to maintain livelihoods.”

People are resilient in the face of a disaster. However, resiliency has its limits especially when you’re unable to afford to return, rebuild or find a new home. Housing stock and affordability for those displaced following a disaster will only continue to grow with a changing climate.