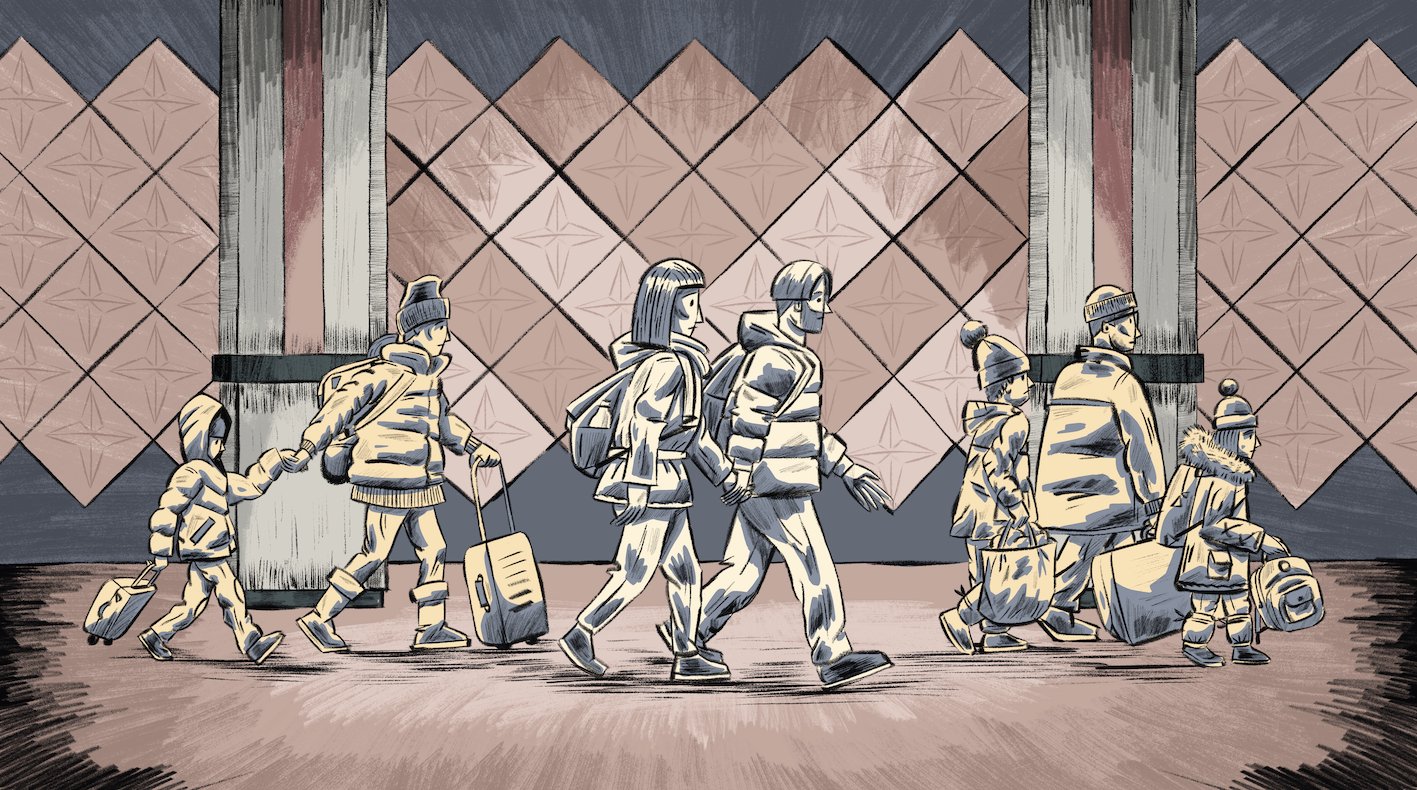 As a result of Russia’s military offensive against Ukraine, 6.2 million people are currently displaced within the country. To go beyond the numbers and provide more insights into their needs and living conditions, IDMC partnered with RIWI to conduct a countrywide online survey. Between April and early July 2022, thanks to RIWI’s innovative methodology, we obtained over 8,000 survey responses. Here are some of the key findings.

The descriptive statistics presented in this article are based on unweighted survey data. No tests of statistical significance have been conducted.

More than 32% of respondents have been displaced

Of the people surveyed, 32.5 per cent reported having been forced to leave their home and/or otherwise displaced as a result of the ongoing conflict.

The percentage of displaced respondents cannot be used to estimate the total number of IDPs in Ukraine, since many respondents may have subsequently returned to their homes. Neither can it be used to calculate the total number of displacements, or movements, because there is no way of knowing how many times respondents were displaced. What the figure does provide, however, is insight into the proportion of Ukrainians who may have experienced displacement.

The percentage is lower for respondents aged 55 and above, at  20.7 per cent. This does not mean that older respondents are less affected by the current conflict: rather, it points towards particular barriers to movement for elderly Ukrainians, who are likely to face increased protection risks in their areas of origin.

A slight gender imbalance is also observed, with 35.2 per cent of female respondents having been displaced compared to 31.3 per cent of men. This is likely to reflect attempts to curtail men’s freedom of movement; most recently, on July 5, those liable for military service have been ordered to remain in their home districts.

Finally, poorer households in the sample appear to be displaced at a slightly lower rate, suggesting that cost of transportation may be restricting opportunities for those with limited financial resources to seek safety elsewhere: 30.7 per cent of respondents with an annual household income of up to 60,000 hryvnia (approximately 1,600 USD) have been displaced, versus 34.7 per cent of wealthier respondents.

Nearly half of displaced respondents stayed with host families

A remaining 20.8 per cent of displaced respondents reported staying in "other" shelters. This could be because the survey did not account for potential return movements: respondents who had already returned to their own home following their displacement would not have had an appropriate response option, especially if they owned their own property.

There is great variation in shelter needs across the country. Regions with the highest proportion of displaced respondents living in basements, improvised bomb shelters, tents or other makeshift shelters were Luhansk (17 per cent), Kherson (14.8 per cent), Odessa (12.7 percent) and Crimea (also 12.7 per cent).

Little difference was observed in terms of shelter for displaced men and women. However, it is worth highlighting that 12.6 per cent of female IDPs surveyed were living in collective shelters, basements or improvised bomb shelters, or in tents and other makeshift shelters, possibly exposing them to a higher risk of sexual and gender-based violence.

Displaced respondents faced greater challenges accessing basic goods and services in the seven days prior to the survey than non-displaced respondents. Access to money and personal income is the most common challenge, reported by 32 per cent of IDPs surveyed, followed by transportation (17 per cent) and food (15 per cent).

Access to goods and services, unsurprisingly, was a particular challenge for respondents in areas experiencing some of the heaviest fighting. The regions where displaced respondents most struggled to access goods or services were Mykolayiv, where 75 per cent of IDPs surveyed had struggled to access some goods and services in the week prior to data collection, followed by Kherson, Luhansk, Kharkiv, and Donetsk.

Two thirds of displaced respondents plan to remain in Ukraine

Among displaced respondents, 66.6 per cent reported their final destination to be somewhere else in Ukraine, with very little variation observed between men and women. Among those who intended to seek refuge abroad, Poland was the most popular destination, followed by Russia.

It is worth noting that 10.5 per cent reported their intended destination as ‘not listed’, despite the comprehensive list provided. This could be because no option was provided for IDPs intending to stay in their current location - or indeed in their home, for those who had already been able to return at the time of data collection.

Among non-displaced respondents, 20.7 per cent considered it likely or very likely that they would be displaced within a month of being surveyed.

Reflecting current conflict lines, regions with highest percentages of non-displaced respondents expecting to be displaced within the next month were Kherson (35.2 per cent), Mykolayiv (30.7 per cent), Odessa (29.8 per cent), Kharkiv (29.6 per cent) and Zaporizhzhya (29.1 per cent).

Despite the intensity of the conflict, as illustrated by the trendline in the graph below, fears of displacement appeared to decrease somewhat throughout the life of the survey, illustrating the immense courage and resilience of the Ukrainian people.

IDMC and RIWI collected this information to better understand the prevalence of internal displacement in Ukraine and its impacts on IDPs’ lives, and to help guide other organisations supporting them.

We would be happy for our data to contribute to better outcomes for displaced people in Ukraine. If you are operating in Ukraine and believe the full dataset could help inform your activities, please reach out to IDMC researcher, Chloe Sydney.