For cities, specify the neighbourhood 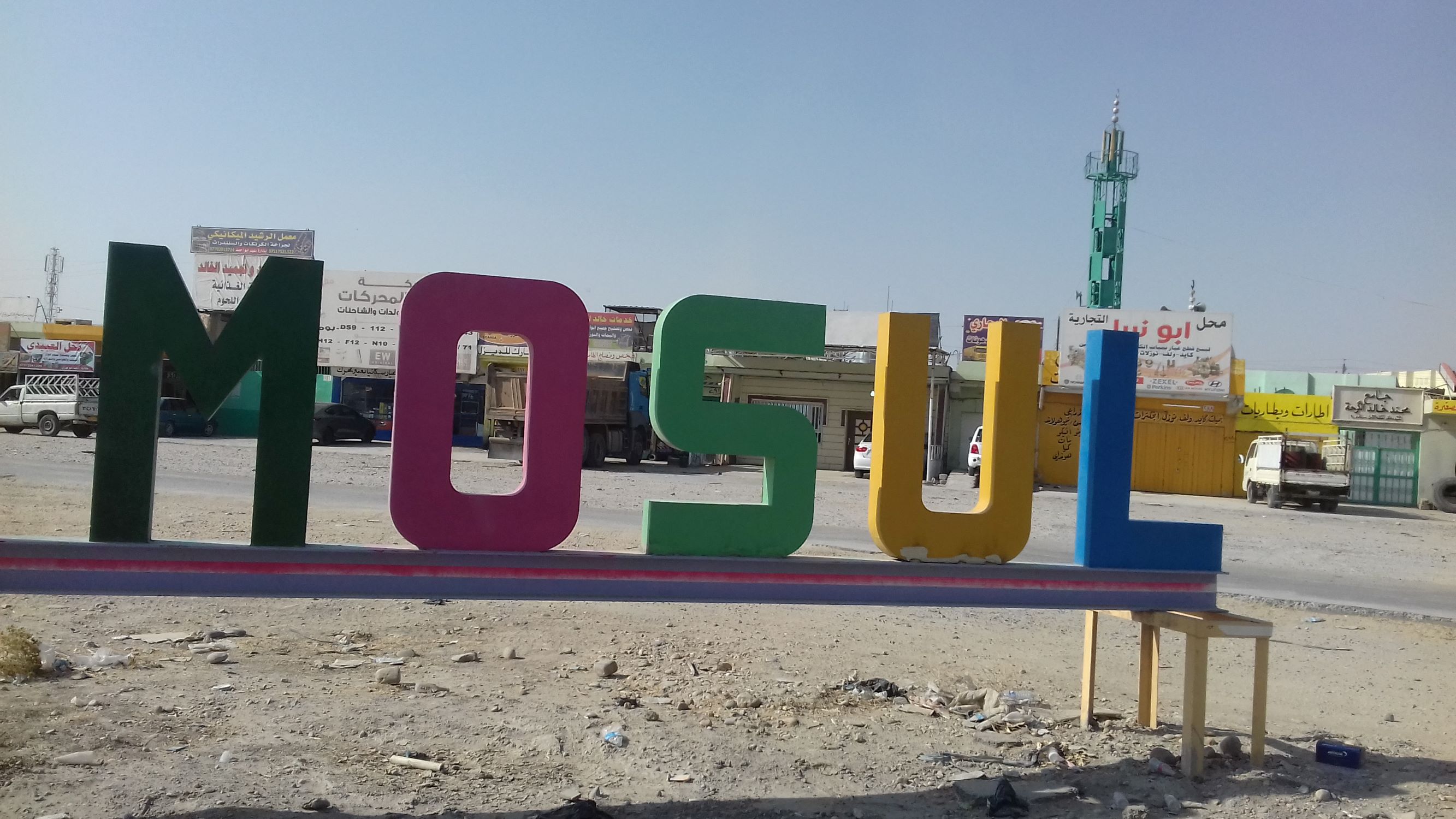 In our Invisible Majority thematic series, we set out to better understand the relationship between internal displacement and cross-border movements. Having just returned from three weeks of data collection in Iraq, our fieldwork uncovered interesting urban dynamics.

Mosul was captured by the so-called Islamic State in 2014, and declared the capital of the group’s ‘Caliphate’ in Iraq and Syria. Widespread brutality, persecution and human rights abuses forced many to flee the city, seeking refuge in non-occupied areas of Iraq and beyond. However, the largest wave of displacement took place during the liberation operations of late 2016 and 2017. After the eastern part of the city was retaken, fierce fighting concentrated on West until the city was finally liberated in July 2017. The combat operations led to large-scale displacement from the West to the East of the city.

When we scripted the survey ahead of our fieldwork, we had not accounted for this intra-urban displacement. To keep track of displacement flows and assess conditions in both host communities and areas of origin, the survey asked respondents to specify the town or village where they were living before they were displaced, and the location in which they spent the majority of their time as IDPs. But after the very first day of fieldwork, we rapidly realized a change of wording was needed: the majority of IDPs and returning IDPs in Mosul had, in fact, never left the confines of their city.

To account for this intra-urban displacement phenomenon, we adjusted the survey questions to include, in brackets, ‘for cities, specify the neighbourhood’. And we were right to do so: over half of the IDPs and returning IDPs we interviewed in Mosul had been displaced inside their city alone, mostly from western to eastern parts of the city*. 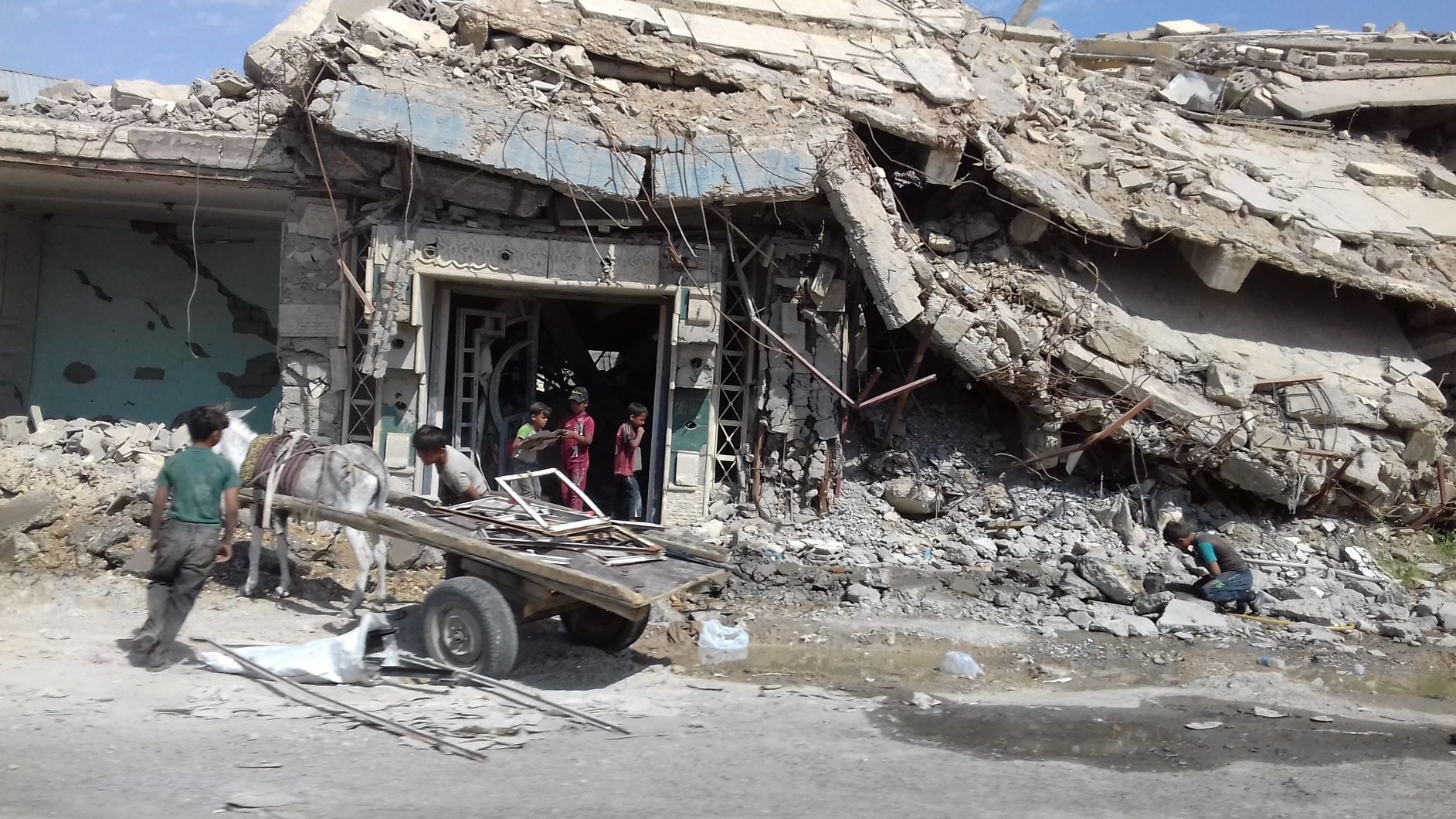 One year on from the liberation operations and the contrast between East and West remains stark. In East Mosul, evidence of the conflict is scattered between functioning shops, busy markets, and upscale houses. But in West Mosul, signs of the fighting are everywhere. Crossing the river Tigris into West Mosul, the ruins of the Old City loom on the shore. Gutted buildings and large piles of rubble line the riverfront; driving towards the former city centre, former businesses lie eviscerated.

With over 8 million tonnes of heavily contaminated conflict debris, reconstruction of the city may take decades. But in the meantime, the population of Mosul has started rebuilding their lives. Damaged schools are reopening. People are returning, and slowly repairing their homes. And even in heavily-affected areas of West Mosul, new businesses have emerged in the rubble.

Service provision faces significant challenges, in particular given the widespread destruction and damage to infrastructure, including hospitals and schools. According to MSF, nine of the city’s thirteen hospitals have been damaged. Loss of skilled personnel also impacts service delivery. While thousands of volunteers have stepped up to compensate for the lack of trained teachers, an important gap remains in terms of healthcare provision: “Most doctors left to Erbil and haven’t returned; if we face an emergency we have to go to East Mosul”, shares a young man in West Mosul.

In the face of such significant challenges, further displacement is likely, and the sustainability of returns is uncertain. Only half of the returning IDPs we met in Mosul intend to stay in the city: many aspire to move elsewhere, either in Iraq or beyond. Durable solutions, for many, are still out of reach.

*(33 out of 57 returning IDPs and IDPs interviewed in Mosul: non-representative sampling).