We recently completed a study on how IDPs are faring ten years after humanitarian reform with field-based case studies on Colombia, Democratic Republic of the Congo and Somalia as well as telephone interviews with people working in Syria, Pakistan, Kenya and Haiti. We found that while humanitarian reform has generally improved response mechanisms to IDPs , little has been done either to prevent new displacement or to find durable solutions for those displaced years (and too often, decades) ago.

Further to this, our study also found that there is a danger that the progress achieved on IDPs since the Guiding Principles were adopted in 1988– more recognition of their rights and awareness of their needs – risks being reversed as IDPs are increasingly being seen as an indistinct part of a much larger group of people in need.

As one person interviewed for our recent study said, ”a decade ago IDPs were the new game in town. Today they’ve been mainstreamed into oblivion.” While there is a recognition that refugees have special needs (and indeed they have a UN convention and a huge UN agency to ensure their protection and assistance), IDPs are less visible than they were a decade ago.

“What difference does it make what labels are used? Isn’t the key thing that people’s needs are being met?”

I am reminded of arguments I repeatedly heard when I worked on issues of refugee women some twenty years ago. Over and over again when I asked about the particular needs of refugee women, I was told “oh we treat all refugees the same. We don’t single out particular groups.” And yet it didn’t take long to learn that ”treating all refugees the same” meant that particular needs of refugee women were not being taken seriously – needs for reproductive health care, for example, or for child care to support women looking for livelihoods. Treating all refugees “the same” also produced discriminatory results. Lumping women and children together – as still too often occurs–has the effect of seeing women only in terms of vulnerabilities and of infantilising their situation.

The tendency to lump all those affected by conflicts or disasters into a generic category of "affected communities" or "vulnerable groups" risks overlooking the specific needs of particular groups. Those who have been displaced always have particular vulnerabilities. Most obviously they need a place to live, but they also often need help in replacing documentation – identification cards, school leaving certificates, property deeds – in order to access services.

Their loss of social networks is less visible but frequently leaves them more vulnerable to violence than those who have been able to stay in their homes and communities. For example, people who have been displaced to another town or village may not know which neighbourhoods are safe, who can be trusted, or where to go if they run into difficulties.

IDPs are not always the most vulnerable – sometimes those who cannot escape face greater risks – but they do have displacement-specific needs which must be addressed. Assuming that their needs will be met and their rights upheld because programs for affected populations are being implemented is short-sighted – just as assuming that there is no need for targeted assistance to such groups as women, children, the elderly, people with disabilities and indigenous minorities.

A decade ago, it was encouraging to see that international agencies had dedicated units working on IDPs and that senior humanitarian officials made frequent reference to IDPs. Today most of those units have been dissolved and senior officials refer much more often to "affected populations." The UN Office for the Coordination of Humanitarian Affairs, for example, used to have 30 staff working in a unit on internal displacement – now this has been reduced to a 50% part-time staff position (who is paid outside of the regular OCHA budget) and there are no training programs for their staff on internal displacement.

Mainstreaming is intended to make sure that responsibility for a given group or issue is assumed by all staff – not only by an IDP focal point or a women’s desk. But too often when everyone is responsible for an issue, no one feels accountable for a particular group. As one respondent in our study remarked, “when we no longer want to dedicate specific resources to a group, we either mainstream it or we call it a cross-cutting issue.”

The story of how IDPs made it onto the international agenda is one of the human rights success stories of our time. Let’s make sure progress isn’t reversed by mainstreaming it into oblivion.

More information on the Brookings project on internal displacement can be found here, and their latest report, "Ten Years After Humanitarian Reform: How Have Internally Displaced Persons Fared?" is available to download here. 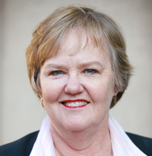 More about the author: As the co-director of the Brookings-LSE Project on Internal Displacement, Beth Ferris focuses on the international community’s response to humanitarian crises, with a particular emphasis on the human rights of internally displaced persons. Her most recent book is The Politics of Protection: The Limits of Humanitarian Action (Brookings Press, 2011).