In times of Covid-19, the greatest challenge facing displaced adolescents may not be the virus 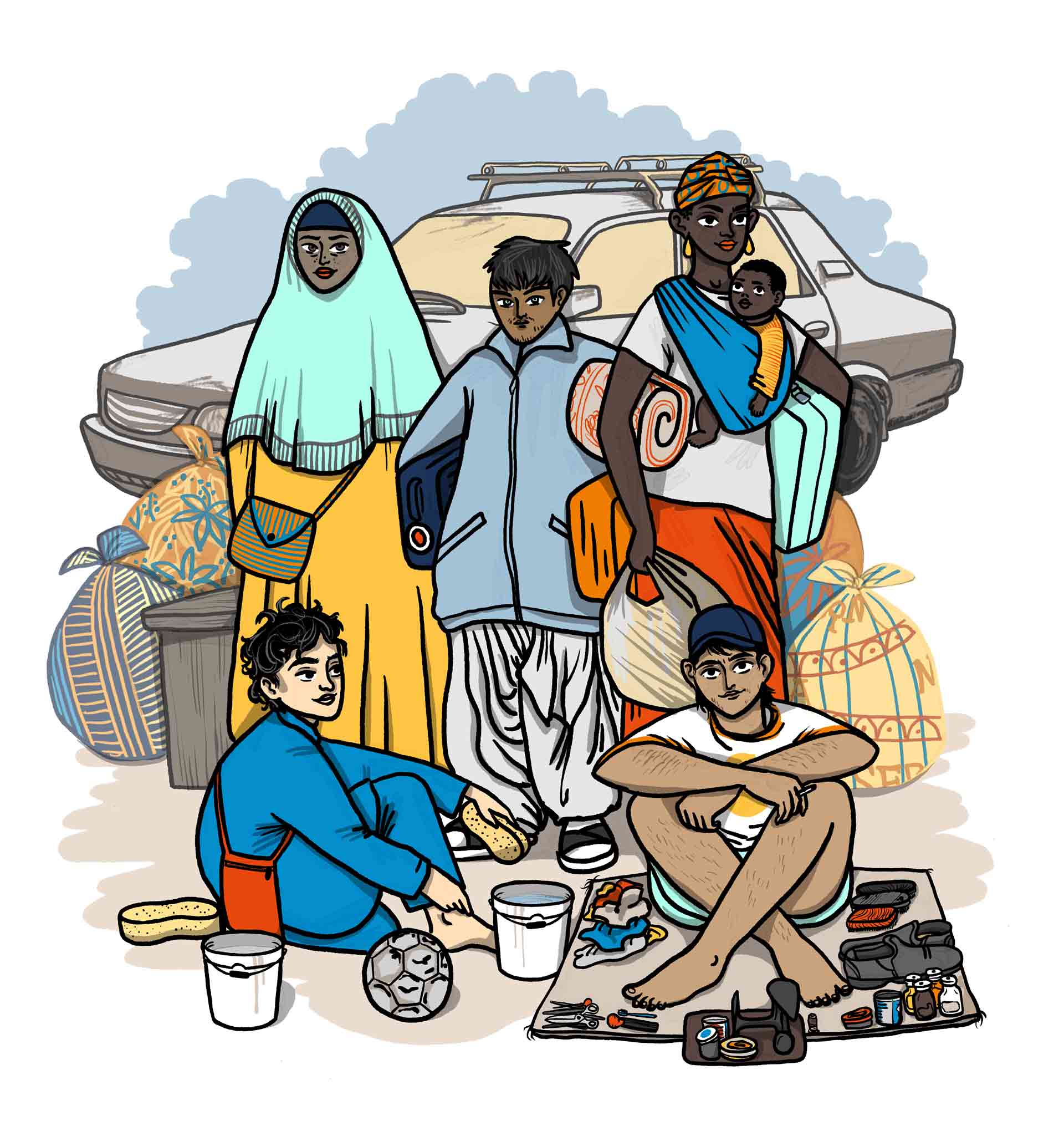 Today marks International Youth Day, the annual occasion to highlight the specific issues of young women and men and their potential to change the society they live in. We seize this opportunity to shine a light on the nearly 10 million young people worldwide living in internal displacement because of conflict, violence or disasters, and how they are affected by Covid-19. New data reveals that their biggest challenge may not be the virus itself but the loss of livelihood resulting from lockdowns and curfews in most of the world’s cities.

“Now that we are being told no one will be allowed to roam around the streets from 7pm, does it mean we are going to die of hunger instead of Corona?"*

However striking this 10 million figure may be, it is likely under-estimated. The actual number of people uprooted within their countries remains unknown, as some particularly vulnerable groups of internally displaced people (IDPs) are mostly invisible in the data we are able to collect. Among them are street-connected adolescents, especially if they are unaccompanied and lost their official identification documents in their flight, or choose to hide from authorities for fear of discrimination or violence linked with their status. This knowledge gap is a crucial issue as knowing how many people are displaced, where they live and what their needs are is essential to plan for adequate support.

Internal displacement affects people in multiple ways. They often suffer a degradation of their housing conditions, physical and mental health, access to livelihood, education and security. When IDPs are transitioning from childhood to adulthood, they can face specific risks and challenges, but they can also be part of the solution when enabling conditions are in place. This requires giving them a voice in the planning of ways to prevent and respond to displacement and allowing them to take part in actions that concern them whenever possible.

In addition to displacement and depending on the context, certain factors can make these impacts more severe, for instance being a girl, living with some form of disability or identifying as part of the LGBTIQ community. One of the most severe impacts of displacement is the loss of home and community, pushing some displaced youth to live or work on the streets where they are particularly vulnerable to insecurity, poverty and additional crises such as the Covid-19 pandemic.

Displaced adolescents living on the street or in informal settlements may struggle to adhere to measures to prevent the spread of the virus due to cramped living conditions with inadequate access to sanitation facilities. Some simply have nowhere to go, often finding themselves falling foul of law enforcement authorities as a result. Coupled with disproportionately high rates of pre-existing conditions, such as asthma and pneumonia, their health may be at risk. If they do fall ill, without official identity documents, they may struggle to access health services to help them recover.

However, this may not be their biggest challenge. Data from members of the Consortium for Street Children (CSC) has shown that, for street-connected youth who rely on begging, street trading, waste collecting, porting luggage and market goods, or donations of food from passers-by, empty streets mean no income and, for many, no access to food.

Where governments have set up systems to support those who are struggling to find food, such as in India, Pakistan and Bangladesh, support can fail to reach the most vulnerable. In India, government officials distributing emergency relief were unable to access the interior of slum areas, and vouchers to be used in shops were tied to official identity documents that many displaced street-connected youths do not possess. In Bangladesh, food relief distribution was delegated to local politicians who then tied access to it to the ability to vote, which many displaced youth living on the street do not have.

These challenges have been further exacerbated by the limits placed on the work of support services provided by NGOs and civil society organisations as a result of precautionary policies. In many countries, work with displaced children and adolescents on the street has been paused, all group activities have been cancelled and shelters have been closed or have reached maximum capacity due to increased demand. Some children have returned to their families as a result, risking the spread of the virus and potentially returning to situations of abuse and violence that are even more unsafe than the street.

The need for support and data

Internally displaced youth must be supported through more specific and comprehensive programmes through which their needs and wants are heard and addressed. This will not only reduce the negative consequences of internal displacement on their welfare and wellbeing: it will also strengthen their ability to contribute to society and to a more sustainable future for all.

Such better programmes need better data to inform them. Yet age and sex-disaggregated information on IDPs is often lacking. As a first step towards bridging this knowledge gap, a dedicated report on internally displaced youth, identifying their specific challenges and potential to contribute to solutions, and presenting the first estimates of their numbers in nearly 100 countries will be released in September.

This blog was co-authored by the Consortium for Street Children. The illustration was created by Jessica Sharville Illustration.

Media Centre
Global food insecurity is on the rise, so is internal displacement. What is the relationship?
Expert opinion
Displacement in Ukraine: Insights from survey data
Expert opinion
Launch of GRID 2022
Events
2022 Global Report on Internal Displacement