Internal displacement is not a footnote

Three reasons on why internal displacement should be more firmly embedded in the global compact on refugees, and IDMC’s written statement for the upcoming formal consultations.. 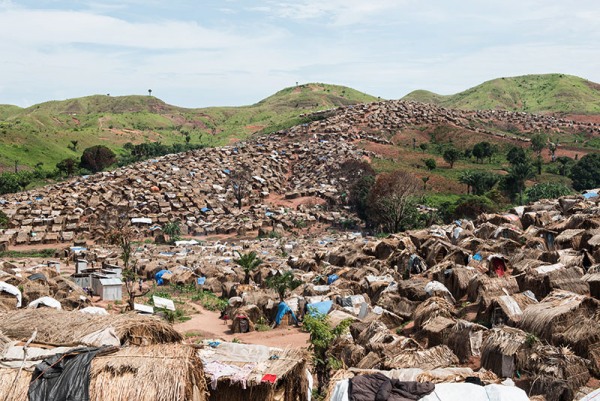 Representatives from around the world gathered in Geneva this week to discuss the zero draft of the global compact on refugees. The hope is that the compact, which the New York Declaration tasked the UN Refugee Agency (UNHCR) to develop, will serve as a “new deal” to address the ever-increasing number of people uprooted from their homes by conflict and violence.

Footnote 47 of the draft’s programme of action tucked away a crucial yet meek recommendation:“Countries of origin could also consider incorporation of the ‘Guiding principles on internal displacement’ in national laws and policies.”

After nearly a year of evidence building, policy analysis and public statements, we welcome the inclusion of our recommendation and the explicit recognition of the relationship between internal displacement and refugee movements and returns.

But it really doesn’t go far enough. This week’s formal consultations made one thing very clear. Addressing and reducing internal displacement should be a bedrock of the compact, not just a footnote. Here are three reasons why:

Refugee crises are, in large part, a symptom of the failure to protect and assist people displaced within their own country. Many refugees do not cross a border at the first sign of war. They flee more locally first, hoping for peace, aid or opportunities that never come.

Internally displaced people (IDPs) are the “invisible majority” of the world’s displaced population. We estimate that 40.3 million people were internally displaced by conflict and violence as of the end of 2016, nearly double UNHCR’s estimate of 22.5 million for the number of refugees. And that’s before we even mention the many millions of IDPs who fled disasters. For countries such as the Democratic Republic of the Congo (DRC), the contrast is much more stark. Uganda was hosting nearly 205,000 refugees from DRC as of the end of the 2016.   This pales in comparison to the 2.2 million people displaced by conflict within the country itself.

The majority of IDPs don’t end up crossing international borders, but many will become tomorrow’s refugees and vulnerable migrants.  A recent report by the Middle East Research Institute found that over half of IDPs surveyed in the Kurdistan region of Iraq wished to leave the country, and nearly a quarter had a concrete plan to do so.

Countries which produce the highest numbers of refugees tend also to have the highest numbers of IDPs. This reinforces the need for conflict prevention and early warning, increased development investment in countries of origin and a more nuanced understanding of why people cross borders. Only by understanding and addressing causes and drivers of internal displacement will we be able to tackle the global refugee crisis head-on, rather than scrambling to treat its symptoms.

2. IDPs and refugees require the same kind of solutions

More than 550,000 refugees returned, or were returned to, their countries of origin in 2016, mainly to Afghanistan, Somalia and Sudan. For many, however, repatriation carries the risk of de facto internal displacement if they are unable to go back to their place of origin or sustainably integrate elsewhere. Just as today’s IDPs may become tomorrow’s refugees, today’s returning refugees risk becoming tomorrow’s IDPs.

This demands a more holistic approach to durable solutions that integrates planning and policy for IDPs with that for returning refugees. Afghanistan is an example of good practice, on paper at least. The country’s national policy on IDPs has a broad definition of IDPs that includes returning refugees and deported migrants unable to resettle in their original, ancestral homes.

The ever-rising numbers of IDPs shows that not all the answers to durable solutions lie within countries of origin. Building upon the expertise and lessons learned of people who work with IDPs, and IDPs themselves, would help returning refugees to achieve durable solutions to their displacement. 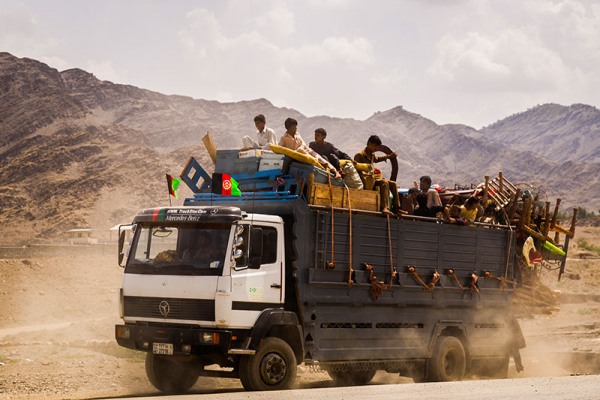 3. Data on internal displacement is a precondition for any success

The compact calls for “reliable, comparable and timely data … to improve conditions for refugees and host communities”, but such information hinges on interoperable statistics covering the entire displacement continuum, including internal displacement before flight abroad and after return to a country of origin. Agencies and authorities on the ground need to monitor returnees’ trajectories over time, gathering data on their progress toward re-establishing their lives against the benchmarks set out in commonly agreed standards such as the IASC framework on durable solutions.

Such data would allow governments, policymakers and those working on the ground to better meet displaced people’s immediate protection and assistance needs at their points of departure, transit and arrival. This, in turn, has the potential to strengthen systematic approaches to prevention, preparedness and response, and to address the long-term political and development challenges inherent in protracted and unresolved internal displacement.

So what next? In the upcoming consultations, governments must take up the UN secretary general’s call to protect and assist IDPs and to resolve their plight before they flee across borders. Greater focus on the drivers of forced migration and the development investment needed to address them is also required. Given that this year marks the 20th anniversary of the Guiding Principles on Internal Displacement, it’s about time.