Migrant caravans: The tip of the iceberg 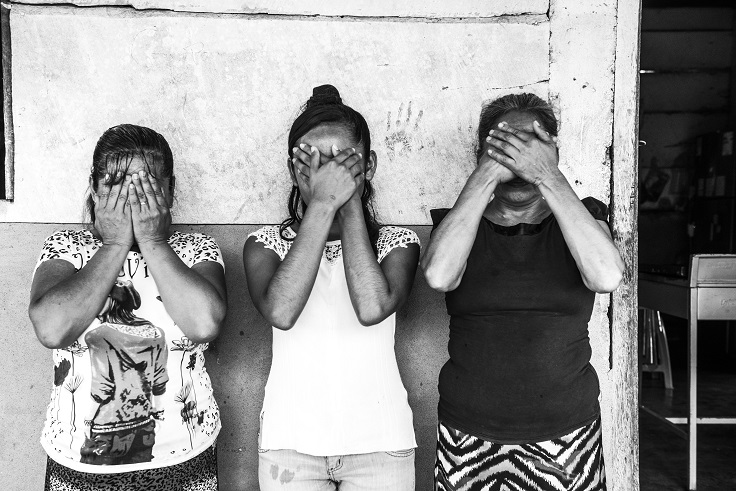 Last month, the president of the United States warned against an invasion of their country and sent around 5,000 troops to the border, to face a series of Caravans, totalling roughly the same number of men, women, and children fleeing violence and crippling poverty. While it is legal for asylum seekers to request entry at official border points, the actions the US military could take are quite limited by the law.

This is not unique to the United States. Migration has been at the top of the global policy agenda for some time. The European Union has been grappling with the so-called Mediterranean Migration Crisis for the past few years. Angela Merkel decided to receive a million asylum seekers in Germany in 2015 and has since suffered an electoral decline. The Obama administration had its own crisis when unaccompanied minors started showing up in alarming numbers at the border. Currently, there are over two million Venezuelans who have escaped their country, bringing Latin American Governments to the limits of their capacity and generating strong reactions among the citizens of receiving countries.

Yet, these crises have tended to come under the spotlight only once pressure is applied to receiving countries. Situations like the caravans of migrants arriving at the US border are only the tip of the iceberg. They're part of the story of almost 95,000 people from Guatemala, Honduras and El Salvador who requested asylum during 2018. They are part of the 25 million people displaced across borders globally. But this is only a minority of displaced people worldwide: 40 million people are forcibly displaced inside their own countries. The fate of internally displaced people, however, is much less understood and talked about than cross-border displacements.

In order to understand these situations of global interest, it is crucial to study the relationship between internal displacement and cross-border flows. The situation of displaced people before they cross a border and upon return tells us much about their motives and about the drivers, triggers, patterns and impacts of displacement in general.

Take the case of Andrea*, a 15-year old “migrant”, who was travelling north with her mother and her younger brother “looking for a brighter future”. They decided to stop in Mexico because they had run out of money. Andrea’s mother found a job, but the children were not allowed into school because they lacked valid documentation.

In order to get the full picture it is necessary to consider that Andrea’s mother was threatened due to her work as a security guard. In this case, “a brighter future” meant little more than staying alive; and the term migrant hides the fact that the family had no choice but to leave.

Andrea’s case is common. “Everyone knows the route, it’s no mystery. Migration is everyone’s daily bread here,” she said. IDMC has set out to understand the relationship between internal displacement and cross-border movements and our research has followed families like Andrea’s to understand how decisions about crossing borders, returning, or remaining displaced are made. In a joint case study with Fundación Cristosal, we analysed the case of almost 80,000 people who were deported to El Salvador between 2016 and 2017. Of those, 12,000 people shared Andrea’s fate: they had to flee the country due to violence. Even though some had spent considerable time abroad, the intimidation and violence persisted. A few interviews conducted indicated that once they returned to the country, people faced the same dangers that forced them to leave. That is why around 40 per cent of those 12,000 were not able to return to their place of origin.

This was the case for Andrea as well: after failing to secure an education for her children, her mother decided to return to El Salvador. For fear of being separated, they decided to face the risks of the clandestine route, such as rape and assault, rather than turning themselves in to the authorities. Once in El Salvador, they could not return to Sonsonate because they still feared for their lives. They had to stay with relatives in a different location, who already lived in a very precarious situation. Eventually they were able to return to Sonsonate, if not to their home town. But they are still not certain about the possibility of staying there, as violence keeps increasing.

The situation or deportees and returnees is uncertain. More than half the people who are deported after fleeing violence plan to attempt to flee again to their original destination country. Only 15 per cent plan to look for work in El Salvador, while over 25 per cent are uncertain of their plans. Many people used to own property before escaping, and return to find they have lost assets and possessions in the period since they escaped.

While the Government of El Salvador has adopted a more systematic approach to migration abroad, and particularly irregular migration, there is still a lack of institutional support for internally displaced people, including people who had escaped violence but return to their home country. The government, still hasn’t recognised the phenomenon of internal displacement despite being urged to do so by the supreme court. This means the responsibility of supporting IDPs falls almost exclusively on civil society.

All these findings about the situation of forcibly displaced people, before and after crossing the border, suggest a few things: First, there is a high probability of returnees becoming displaced once again either inside their own country or as asylum seekers. Second, and in line with findings of other research recently presented, people who flee the country are often in desperate situations and have no other options. And finally, the failure of states to meet the responsibility to address internal displacement appropriately contributes to people’s decisions to escape across the border.

IDMC’s research is only a first step and much more evidence is needed for a better understanding of the whole displacement continuum. Countries in the Northern Triangle of Central America do not have enough reliable information on the number of people internally displaced by violence each year, their situation, or the number of returns, to start with the basics.
The international community can support these people and, at the same time gain a better control of migratory flows, by contributing to a better understanding of the complete phenomenon.

While US troops have started to return home as migrants are just arriving at the border, commentators have pointed out how the US President stopped talking about the Caravan immediately after the midterm elections on 4 November, indicating it was all an election stunt. The Caravans have not been deterred and won’t be because people have exhausted all other options. Central Americans who are able to avoid the journey tend to do so. Now Andrea is one of them: “I want to avoid, at all costs, that my little brother has to endure that trip again, that’s why I work, that’s why I try to help my mom”, she told IDMC in San Salvador last month.

*Real names have been changed to protect identity.

Media Centre
Conflict in Ukraine: What do we know about the internal displacement situation so far?
Expert opinion
Impacts of displacement: Conflict and violence in Quibdó and Caucasia, Colombia