An IDMC briefing paper published this week raises concern for the plight of thousands of people internally displaced in Mali following the military intervention launched on the 10 January. IDMC raised particular concern for the limited options remaining for people fleeing the conflict, as Algeria closed its borders and Mauritania has increased its military presence along its borders. While border closures and stepped-up military activity is part of a military strategy to contain the jihadist groups and prevent spillover into other countries in the region, Malians affected by the conflict must not be prevented from fleeing to find safety (Article 14 of the Universal Declaration of Human Rights).

More displacement is expected as the conflict intensifies

According to the latest estimates from 14 January 2013, close to 230,000 people were internally displaced in Mali over the past year. More people are expected to flee their homes across the country as the fighting and violence are likely to intensify over the next few weeks, and as more French and African troops are deployed. More counterattacks such as that launched by jihadists in the west of the country are also to be expected.

A humanitarian crisis escalating faster than the response

IDMC and Oxfam both raised concerns that the humanitarian crisis is likely to worsen as displacement escalates faster than the response.

Since the beginning of the crisis, Mali’s successive governments of national unity have taken some steps to respond to health, nutrition and education needs, but serious concerns remain for the vast majority of IDPs who still lack access to basic services. Given the relatively sudden onset of the conflict, humanitarians have faced difficulties adapting their response to match the scale of  IDPs’ needs. Insecurity in the northern regions prevents access to those in need. IDMC is especially concerned about the situation of people who have been made particularly vulnerable as a result of their displacement, especially women, children, those with disabilities and older people. 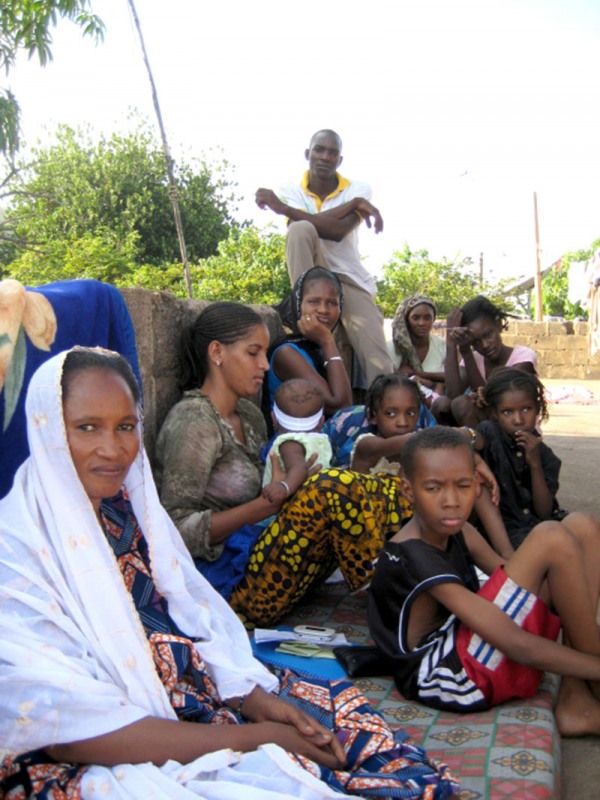 An internally displaced family from northern Mali in Bamako.

IDMC calls for the implementation of the Kampala Convention

Mali signed on to the Kampala Convention in December 2012, the same month the historic treaty entered into force. Both the Malian government and the armed groups present in the north of the country are bound by the contents of the convention and to international humanitarian law applicable to non-international armed conflicts.

IDMC applauds Mali for ratifying the convention and encourages the government to take all necessary steps to protect IDPs who have taken refuge in the south and to work with international partners to begin organising the response for the protection of those in the north – as soon as the situation permits.

Download the full brief in English and in French.