Rebuilding Paradise: a story about disaster displacement, resilience and recovery 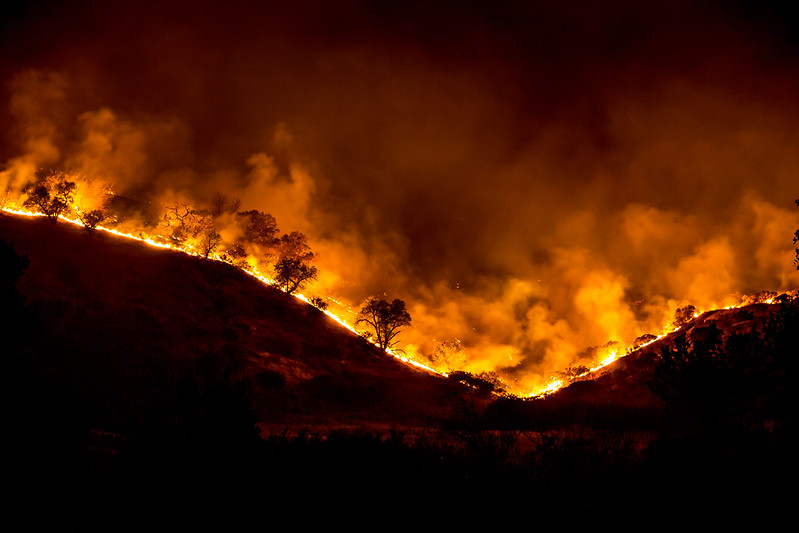 Almost two years after a devastating fire destroyed the picturesque town of Paradise in Butte County, California, its story is being retold through the lens of Academy Award-winning director Ron Howard in Rebuilding Paradise.

California experienced the deadliest and most destructive outbreak of wildfires in its history in the second half of 2018, burning about 355,000 hectares of land, four times the annual average for the past five years. IDMC found that at least 22 wildfires triggered over 354,000 new displacements and more than 100 people are thought to have died. In November, the Camp fire alone, named after its place of origin Camp Creek Road, killed 85 people, displaced at least 53,000, destroyed almost 14,000 homes and burnt 62,000 hectares of land. This included Paradise. Within a few hours of taking hold, the fire had spread and destroyed most of the town, displacing the entire population of about 30,000 people.

In our 2019 Global Report on Internal Displacement, we highlighted that, in recent years, the combination of climate change and people’s increased vulnerability and exposure to hazards made the wildfire seasons longer and more destructive in California. The extension of the two long seasons, the first spanning from June to September and the other from October to April, has the potential to turn wildfires into a year-round threat. In 2018, prolonged drought, higher temperatures, stronger winds and the overuse of water for agriculture caused significant harm to local ecosystems, leaving forests tinder-dry and littered with dead wood. The increasing housing stock in the wildland-urban interface, where housing meets and intermingles with wildland vegetation, also means that ever more homes are exposed to fire risk, which in turn increases the risk of displacement. This heightened risk underscores the importance of understanding and addressing risk factors, as well as the impact on the likelihood of achieving durable solutions to displacement following a disaster such as the one that struck Paradise.

Rebuilding Paradise is a story of resilience in the face of tragedy, as a community ravaged by disaster comes together to recover what was lost and begin the important task of rebuilding. In addition to collecting images and footage from those impacted, Howard and his producers followed families, volunteers on the front lines of town restoration, community leaders, school and government officials, and first responders over the course of a year as they come together to rebuild. He focused on the human element of going through grief while trying to rebuild. “What were lives going to be like after this? What does it look like to rebuild? What will it take?” Although it doesn’t offer any answers, Howard says that the film puts “a human face on the challenges and struggles of coming back after something like this.”

Achieving durable solutions is challenging to say the least, given the complexities of recovering and rebuilding after a disaster. Once the cameras are off and the attention goes away, some can begin the painstaking process of rebuilding their homes and their lives, others face many more months, even years, of displacement. Addressing this risk for future communities requires not only acknowledgement of the issue, mitigation planning and the implementation of risk-reduction measures, but also the strength, resilience and support of the local community, whether or not you’re in paradise.

Stepping up international action for climate resilience
Events
A decade of displacement in the Middle East and North Africa
Events
10 years after the Arab Spring protests, internal displacement still at crisis level in the MENA region