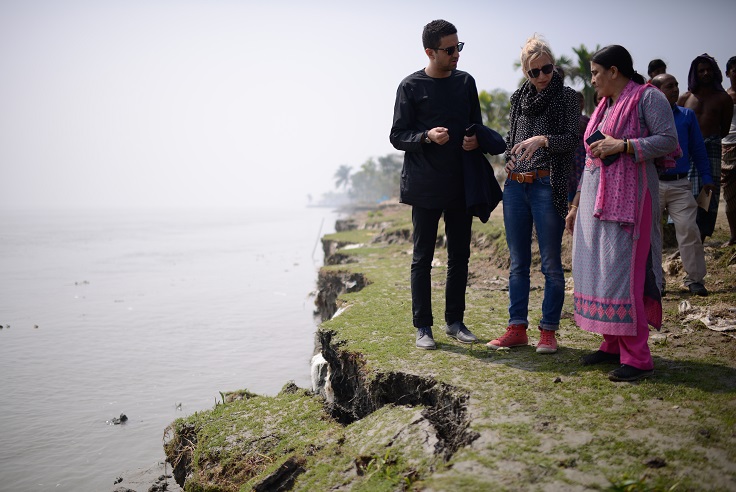 This opinion piece originally featured on the Thomson Reuters Foundation.

Risk is an everyday feature of our lives. How we react to it – who pays? who benefits? – reveals much about our societies and their values. The risk of disaster can never be fully removed, but – based first on data and then on analysis – it can be managed and reduced.

The world must acknowledge that it has failed to reduce the number of disasters it faces.  The Centre for Research on the Epidemiology of Disasters reported 315 disasters in 2018, up from 100 in 1980, and 60 in 2000.  But it cannot allow itself to fail in trying to limit the risks which allow disasters to happen, and in preparing itself for when they do.

Disasters move public consciousness because they physically move people, largely within their own countries’ borders.

At least 265 million people have been ‘internally displaced’ by disaster since the Internal Displacement Monitoring Centre (IDMC) began capturing this form of data in 2008. The figure is in fact more, given that we have only been able to quantify drought-induced displacement since 2017.

In the first half of 2019, IDMC has reported that nearly 4 million people worldwide were uprooted by conflict, and 7 million by disaster. For the whole of 2018, the figures were 11 and 17 million respectively.  Cyclone Fani alone drove almost 3½ million people from their homes in India and Bangladesh in May of this year.

No country is immune from disaster displacement.  IDMC has recorded it in 190 countries, and in 2018 – with over a million displaced people – the US was behind only India, China and the Philippines.

Based on a decade of historical data, and given what we know about the seasonality of weather-related disasters, we estimate the number of people likely to be displaced by the year-end at around 22 million.

So we know the risk. What should we do about it?

First, we should collect more data that looks to the future and reduces risk.

The quest for accurate, timely and useable data is unending: we continue to fill the gaps. IDMC’s disaster displacement risk model estimates this risk for multiple hazards for more than 200 countries and territories, and identifies “hotspots” where urgent action is required. Not surprisingly, the countries most at risk are those which have already recorded the most displacement: India, China, Bangladesh, Vietnam and the Philippines, but also the US.

Second, we should make good use of that smarter data.

Take two responses to recent cyclones, one based on data and preparedness, the other not. First, Cyclone Fani, which in May 2019 took ‘only’ 80 lives.  Many of the 3.4 million displacements were in fact evacuees moved to safety in a pre-planned operation.  Second, Cyclone Idai, which in March 2019 killed more than 750 people in Mozambique, and displaced almost half-a-million people into areas which had no capacity to receive them.

Planning is all. Data charts risk, and risk spurs planning.

A first step in guiding more investment towards resilient infrastructure is to quantify the economic damage that disaster can indeed bring about – including the cost of disaster displacement.

A February 2019 IDMC report on the direct economic impacts of internal displacement computed a global total of $13 billion a year.

The task is for governments to use this data to diminish risk.  So on International Day for Disaster Risk Reduction 2019, we salute the fact that risk has gone in to the title of the day, in order to start the process of taking it out of the equation.

Building on the momentum

Publication
Post-coup displacement in Myanmar: What we know, and what we don't
Expert opinion
Unveiling the cost of internal displacement

Publication
An Unequal Pandemic: Insights and Evidence from Communities and Civil Society Organisations