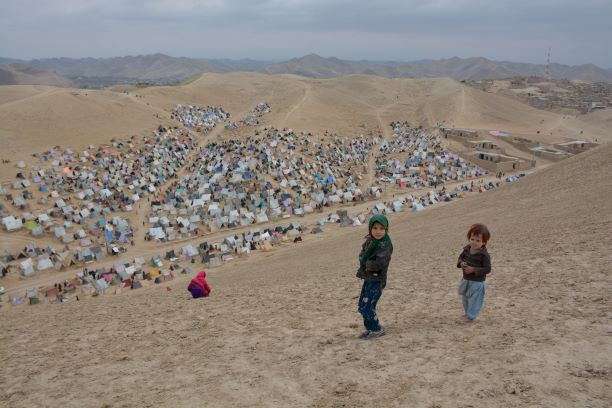 In March, the UN Children’s Fund (UNICEF) and the International Organisation for Migration (IOM) convened an expert workshop to improve the collection, analysis and use of data to protect children living away from their place of birth. The event confirmed what the Call to Action: Protecting children on the move starts with better data, had highlighted one year ago: we don’t know enough about migrant and displaced children. We don’t know how many they are, in which situations they find themselves in and what their needs are. This lack of information – even more dire for children displaced in their own country than for children who cross an international border – is hampering an adequate response to guarantee their future.

Reports from around the world point to the negative consequences that internal displacement can have on children’s health, security and education. The loss of assets and income that often accompany flight from home can force families to send their children to work rather than school: in Afghanistan, this is the main reason why children affected by the conflict are obliged to interrupt their education. Boys and girls may encounter different security risks, including forced recruitment into armed groups or sexual abuse, that require distinct protection measures. Poor housing conditions in displacement camps, informal settlements or overcrowded lodgings are especially harmful to children’s health as they are more likely to fall ill from communicable diseases that flourish when hygiene and sanitation are insufficient.

Better data is needed to counter these damages

Even though there are twice as many people displaced within their own countries than refugees, we know less about them. We don’t even know how many children are internally displaced across the world, although their number has been estimated at 17 million in 2017 for displacement caused by conflict and violence only. While 56 per cent of the data on refugees includes information on their age, only 20 per cent of the countries with data on internally displaced people publish information on their age. There is an urgent need to better understand the impacts of internal displacement on children, the consequences for their longer-term development and what they need to live safe and fulfilling childhoods and adulthoods.

What are we doing about it?

To strengthen its commitment to raise awareness on the needs of internally displaced children across the world, IDMC has taken a series of concrete steps in recent years.

Since 2016, we’ve been involved in the development of recommendations to improve national statistics on internal displacement as part of the Expert Group on IDP and Refugee Statistics. This much-needed initiative will ultimately help governments collect more comprehensive information on internally displaced people to inform more effective interventions in the coming years and decades. While this is an indispensable step towards government-owned statistics and leadership in addressing displacement, more dynamic data will also have to be collected by other means, for example through local surveys and needs assessments that can inform operational response.

In October 2018, we formalised our commitment to provide estimates of the number of internally displaced people disaggregated by age and gender, whenever possible, by signing the Inclusive Data Charter. Being part of this initiative will enable us to exchange information, best practices and data with other governmental and non-governmental institutions.

IDMC also engages with UNICEF and the UN Educational, Scientific and Cultural Organisation (UNESCO) to uncover more in-depth information on children in urban displacement, the impact that internal displacement has on education and more. The findings will be published in the coming months. In the meantime, however, displaced children are growing up and we need to accelerate these processes.

In March, UNICEF and IOM announced the launch of a network of champions who will work to improve data on children on the move. IDMC will join this network in the hope that this collaboration will speed up and strengthen our efforts to highlight the living conditions of internally displaced children across the world and generate the kind of political and financial commitments needed to protect them.