The hopeless case of the displaced people in Bangui 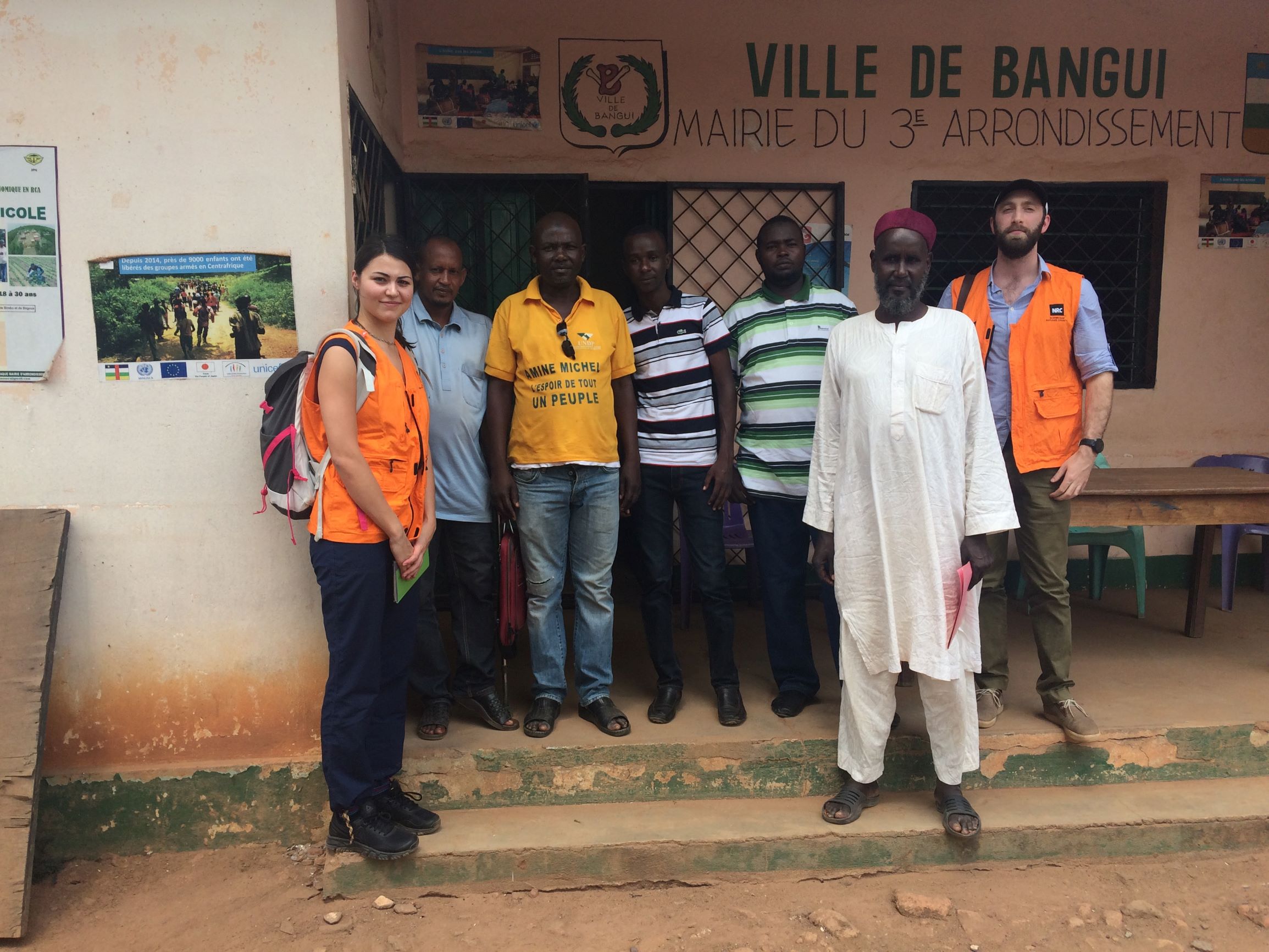 While in the Central African Republic (CAR) for a workshop on displacement data, IDMC’s Senior Monitoring Coordinator Adrián Calvo Valderrama and Monitoring Expert Ivana Hajzmanova met the displaced people living in the PK5 district of the capital Bangui. They talked to them about their situation, their challenges, the assistance they get - or lack of it - and the discrimination they face.

To get to PK5 district in Bangui, the Capital of the Central African Republic (CAR), is not easy nor safe. The majority Muslim district is outside of government control and armed groups rule over everyday life for its inhabitants. Once we get there, we start seeing heavily armed soldiers and armoured vehicles guarding the streets. They are ready to respond to any sign of unrest. We are here to meet the displaced people who have been living in PK5 since 2013-2014 when the crisis in CAR escalated.

‘’We are like prisoners’’, complains Mustafa, the first displaced person to start talking. ”We lived in the countryside but when the conflict became too bad, we had to flee to the bush where we spent 46 days in hiding. Then cars came and took us to Bangui, to PK5.” Stories of other people we talk to are similar: they were taken to PK5 and their life went from bad to worse. They have been living in deplorable conditions, with insufficient humanitarian assistance.

These people feel abandoned and forgotten. They have been displaced for years and, as a result, are often left out of official or humanitarian registries, as they are considered to have integrated with the local population. Many are thinking about returning home. In many cases, however, the situation ‘at home’ is too insecure or unstable and they would risk another forced displacement at best. Most of the country is still controlled by armed groups which fight for control and resources which makes the security situation extremely volatile.

The internally displaced people (IDPs) of PK5 are largely Muslim and come from within Bangui but also from the countryside and the Peulh pastoralist community. They feel discriminated against by the local authorities and the community who tend to leave them out of registration lists in order to attract more humanitarian assistance for the original inhabitants of PK5. Violence against the Muslim community is often indiscriminate. In early January, reports of an, allegedly, Muslim man causing a road accident led to the killing of four people at random in the busy market of PK5, as reprisal. Four Christians were also killed in response, illustrating the seemingly endless tensions between the communities. Tensions that, by all accounts, did not originate in cultural or religious differences, but were made to fall within that simplistic framework to help fuel support for each of the many groups involved in the conflict.

“The young have no future here and we all suffer the consequences” adds Ismail. “The young turn towards banditry because it is the only way to survive here but it creates many other problems.” Banditry is widespread in the district. It serves two main purposes: to defend the Muslim community of Bangui who feel persecuted in PK5 district; and to earn a decent amount of money.

The displaced people are frustrated and angry. They are constantly being assessed but their situation does not change. Mohamed, a member of a host family, complains: ‘’I listed 1,000 people who live in the neighbourhood and need assistance. Only two people received aid. Only two. And that is only because I know the local mayor.’’ Humanitarians present in PK5 understand the anger but there is not much they can do as they have to take into account official government registries for the aid distribution. The only solution is close collaboration with the government and insistence on fair IDP accounting.

Seeing how bad the conditions already are, we cannot possibly imagine how much worse it can get during the rainy season when everything becomes muddy and precarious shelters cannot withstand the rains. With every new rainy season, vulnerabilities of the displaced population grow along with their frustrations.

Before we leave, the people we talked with seek reassurance that we are not just more people who come, ask questions, write an article and leave without bringing any change to their lives. As IDMC does not work in humanitarian response, we cannot promise anything. The only promise we can make is that we will inform others about their plight and hope it will have an impact. Of course, that is not the answer they want to hear.

On 2 February, two days after we leave PK5, 14 armed groups who control about 80 per cent of the country’s territory and the CAR government reach a peace agreement in Khartoum, Sudan. The two parties finally found a consensus on how to divide the power and whether to grant amnesty for some of the many crimes against humanity and war crimes committed in the country. Just the day before, the UN Security Council agreed to consider lifting the arms’ embargo that has been imposed on the country since 2013, if the government meets benchmarks in managing weapons, disarming armed groups and reforming its security sector.

Despite those positive developments, we need to remain cautious. All previous peace agreements eventually failed, and it remains hard to believe that the government, at the brink of failed state status, if not over it, will not use the ease on the embargo to purchase more weapons to wage offensives against the armed groups.

As a consequence, we are leaving the displaced people behind with little hope for peace in their country and uncertain promise of humanitarian assistance being delivered any time soon.

Happy New Year from IDMC's Director
Media Centre
Global food insecurity is on the rise, so is internal displacement. What is the relationship?
Expert opinion
Assessing the severity of displacement situations: data gaps and ways forward