The Sahel: A Protection Crisis aggravated by the COVID-19 Pandemic 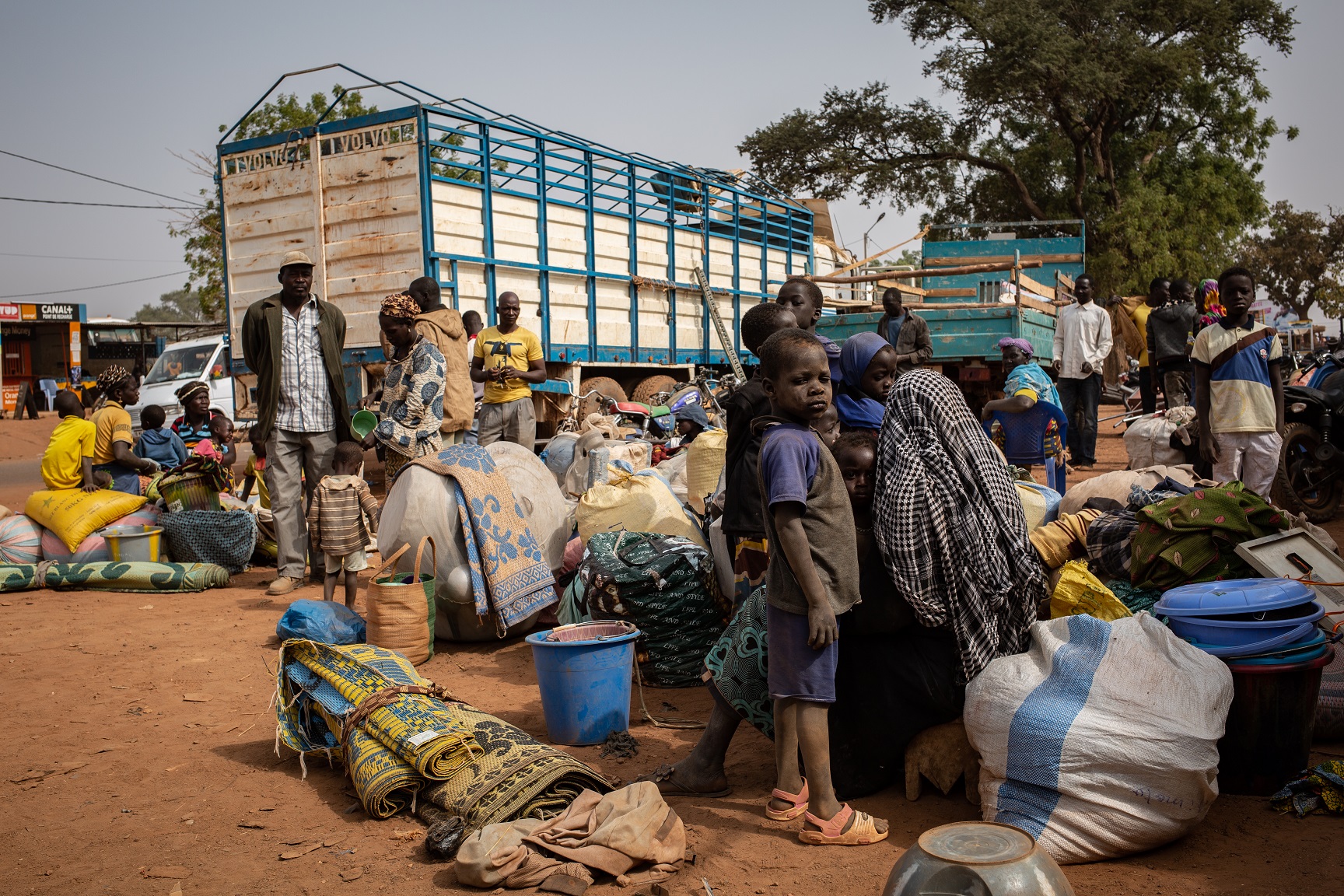 Newly displaced people waiting on the side of the road after they fled attacks in Barsalogho, Burkina Faso. Credit: Tom Peyre-Costa/NRC

This time last week, countries around the globe gathered for the Ministerial Conference on the Central Sahel and discussed the alarming protection issues that the region is currently facing, including mass internal and cross-border displacement. The total number of internally displaced people in Burkina Faso increased from 4,700 in 2017 to more than 1 million people in September 2020.

The affected population is now facing one of the worst humanitarian crises in the world, which also happens to be one of the most neglected. The Ministerial Conference is a stark reminder of the need for increased protection and sustainable response in the region, to aid those most in need.

Displacement in the Sahel, which is often a result of inter-communal clashes, ongoing conflict, military operations, or political violence, is not a new phenomenon. However, the conditions under which people have been displaced, the frequency at which the attacks occurred, and the underlying causes of displacement have shifted since the COVID-19 pandemic reached the continent in mid-March.

While an increase in armed attacks and new displacements correlated with the COVID-19 pandemic, it is difficult to assert that the same rates of violence would not have occurred anyway. Spiralling conflict, pervasive poverty and acute food insecurity are all part of the West African landscape. A global pandemic coupled with an emerging economic crisis, however, has made a critical situation even worse. In many communities across the Sahel region, violence often arises from clashes over scarce resources and lack of available food. The displacement crisis in the Central Sahel region is multi-faceted, complex and requires a thorough understanding of all causes and impacts on the affected population.

In Niger, local armed militias targeted and attacked communities in the southwestern region of Tillaberi for respecting confinement measures to not gather in large groups to pray. The uptick in violence in West Africa in 2020 can therefore not be dissociated from the pandemic and highlights how the health emergency has exacerbated the climate of insecurity and growing violence that had been escalating for a few years. It also shows how new forms and techniques of violence were used by different armed groups during the pandemic which have at times altered internal displacement trends.

As a result of the many travel restrictions put in place, humanitarian assistance encountered more obstacles and delays when trying to reach vulnerable people and communities, including internally displaced people living in the tri-border regions of Niger, Mali and Burkina Faso. In some cases, armed groups shifted their tactics to attack roads linking up major cities in remote areas of eastern Burkina Faso. While the targeting of roads is not new to 2020, the increase in movement restrictions made the control of such transport networks easier for armed groups operating on the ground. They were able to further expand their reach and influence, which further hampered the delivery of aid by humanitarian organisations and other actors. In July 2020, armed militias continued to destroy bridges linking up cities in Burkina Faso to ensure communication and aid channels were also impacted. In other cases, armed groups continued to target the very infrastructures that delivered aid and assistance to those in need: targeting hospitals, health centres or schools.

Violence has also spread inland in some countries such as Niger’s Tillaberi and Tahoua regions. This has, in turn, resulted in people fleeing inland into the Tahoua region, as opposed to crossing an international border. Such trend was observed following an attack on a refugee hosting area in Intikane (Tahoua) on May 31. Armed groups here also took advantage of the restricted humanitarian access and already fragile security situation in Niger’s Maradi region and further expanded their operational reach to carry out more attacks.

Ultimatums and curfews mean nowhere to flee to

In some instances border closures resulted in more internal displacement in this region, as people were unable to flee to neighboring countries. In the broader Liptako-Gourma region bordering Mali, Burkina Faso and Niger, there was a surge in the number of ultimatums to vacate homes given by military personnel, armed forces, or local armed militias. For many of the communities living in limbo along these border areas, such ultimatums often resulted in their third or fourth displacement. Furthermore, the Armed Conflict Location and Event Data Project (ACLED) reveals that many families were targeted at night, within their homes, in northern Nigeria. Given the curfews put in place by the different local governments, entire towns were forced to stay home, rendering targeted attacks against civilians more frequent.

Undeniably, the overall security context along the Sahelian belt has worsened, be it as a direct consequence or a symptom of the COVID-19 pandemic, climate change, the expansion of extremist groups, intercommunal clashes, or political unrest. As emphasised by Germany’s Federal Foreign Minister, Heiko Maas, all indicators are dark red, meaning all factors and triggers of displacement need to be considered when coordinating future responses. As raised during the conference last week, the next few months will be crucial in determining the future of democracy in the region, with four countries holding elections (Guinea, Côte d'Ivoire, Burkina Faso, and Niger). As entire villages and communities continue to be displaced each week, protection efforts need to put the people at the centre to ensure a sustainable and holistic response.

Find out more about the impact of coronavirus on IDP populations around the world, and explore the correlation between countries most at risk of Covid-19 and facing high levels of new displacement on our dedicated web page here.

Banner: Newly displaced people waiting on the side of the road after they fled attacks in Barsalogho, Burkina Faso. Credit: Tom Peyre-Costa/NRC