Tropical Cyclone Harold and COVID-19: A double blow to the Pacific Islands 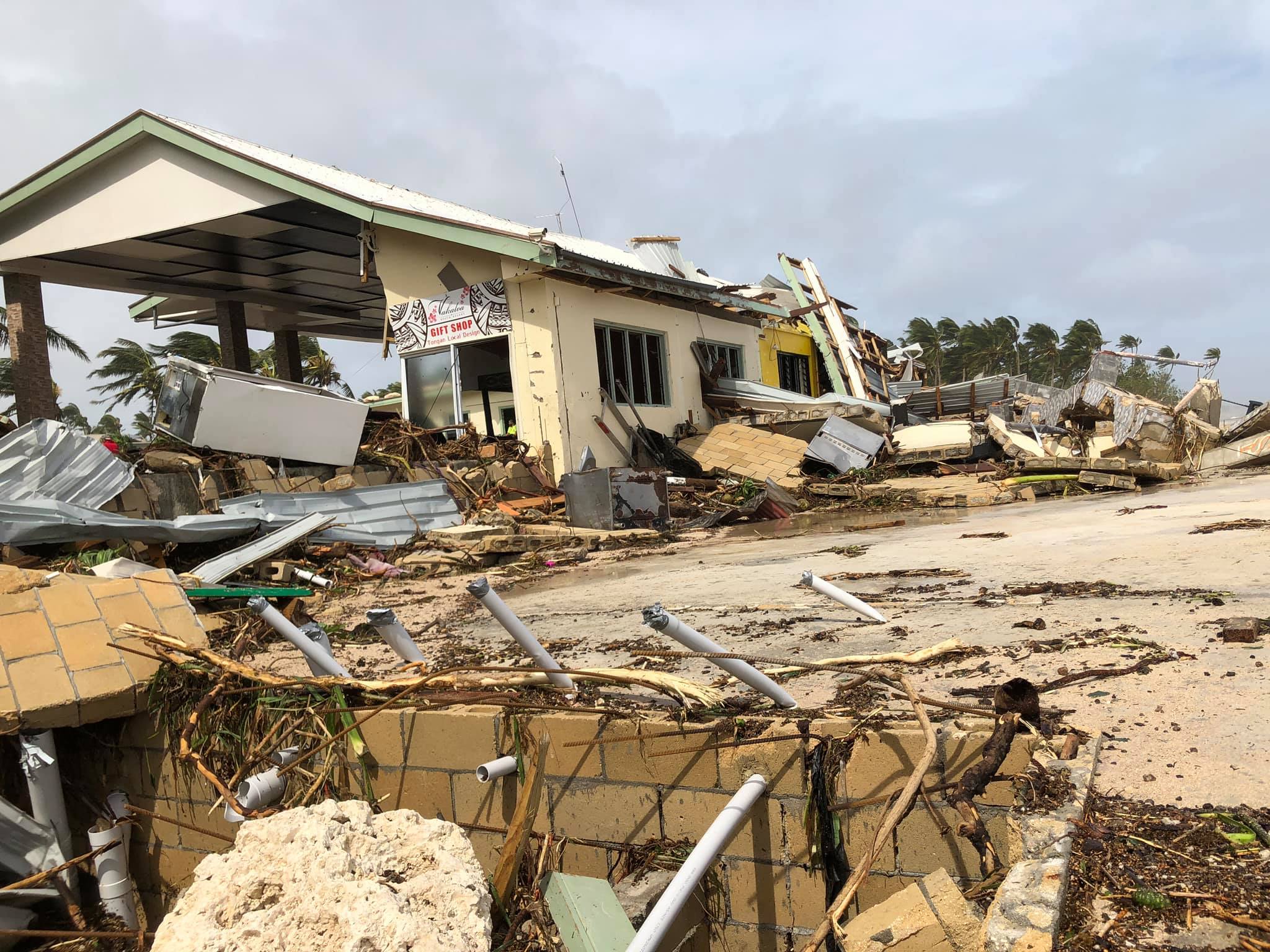 Tropical Cyclone Harold – the most powerful storm to hit the South Pacific in years – wrought havoc earlier this month, compounding the burden for Vanuatu, Fiji, Tonga and the Solomon Islands, which were already struggling to cope with the impacts of coronavirus.

On 2 April, storm Harold made landfall on the Solomon Islands, causing widespread flooding. It gained strength and hit Vanuatu as a category 5 cyclone destroying an entire village. Four people died and IDMC estimates that 89,000 people have been displaced. Harold continued moving south-east to Fiji, where it displaced around 10,000 people, before reaching its full capacity in Tonga, as it coincided with a king tide phenomenon, displacing another 500 people.

The threat of coronavirus has ravaged Fiji, the Solomon Islands, Tonga and Vanuatu. High levels of obesity across the countries, coupled with weak healthcare services, have put the population at great risk. As a preventive measure, all four countries have stopped flights and imposed night-time curfews. In Vanuatu, an announcement about the new government was delayed in light of social gathering restrictions, while Fiji’s capital, Suva, is on lockdown after the first few positive cases were confirmed.

Due to these restrictions, time-sensitive humanitarian decision-making and support to communities affected by Tropical Cyclone (TC) Harold have been delayed. The Pacific Islands by nature unequivocally remain dependent on external aid in order to overcome these kinds of disaster. Ships’ departure ports had to be moved from areas at risk of contagion and humanitarian workers have not been allowed to travel outside of the lockdown districts. In some areas, like the Sanma province in Vanuatu, 80 to 90 per cent of the population has lost their homes due to the cyclone. Despite Vanuatu having not yet recorded a single COVID-19 case, overseas humanitarian workers have simply not been allowed to enter, as authorities fear they could introduce the virus.

As a result, displaced people in Vanuatu have resorted to sleeping outside on concrete slabs – as most infrastructure and shelters were destroyed – while still attempting to adhere to social distancing. The recovery responses to both TC Harold and the pandemic have been further complicated by sanitation issues, as storm surges and high waves may have contaminated wells. A shortage of safe water, which is usually brought in by humanitarian agencies after disasters, has put displaced people doubly at risk, as lack of hygiene also facilitates the transmission of COVID-19.

As the cyclone neared, Vanuatu, Fiji and Tonga lifted COVID-19 restrictions to allow people to shelter together in evacuation centres. Given the increasing number of people needing shelter and the limited available space, social distancing instructions are difficult, if not impossible, for evacuation managers and camp leaders to implement. In Vanuatu, overcrowding in evacuation centres has prevented women and marginalised groups to access water points or latrines, increasing their vulnerability in the face of the pandemic. Gender-based violence cases have also significantly increased, notably because of the proximity and lack of lighting in the shelters.

Although Fiji has reported fewer than 20 COVID-19 cases so far, its health system lacks the means to undergo extensive countrywide testing. Authorities encouraged people to take shelter before the cyclone struck, and 6,240 people ended up in 197 evacuation centres across the country; this decreased to about 2,000 people after the cyclone, as those who could returned to their homes. Only two people died because of the storm, but the number of people contaminated during those mass gatherings could soon result in more illness and deaths.

Co-author of this blog, Fijian national Nacanieli Bolo Speigth, underlines this risk:
“Evacuating in most Pacific island countries means fleeing to a village hall, church or running across to your closest extended families. It is these confined spaces that enable the spread of the virus. One has to acknowledge the challenges for government to one day be restricting social gatherings to avoid contagion and then the next day congregating them in communal areas to give them needed shelter.”

Along with our partners, the Platform on Disaster Displacement and the International Organization for Migration, IDMC has recently begun working with several governments in the Pacific to better prepare for and respond to disaster displacements. TC Harold illustrated several of the challenges that need to be addressed, and the additional complications due to COVID-19 underscores the importance of planning and preparedness.

Fortunately, Pacific Island societies have a strong communal way of life, with people helping each other in times of difficulty. Their social capital enables many communities to get back on their feet after a disaster before the government even arrives to assess the situation. Traditional institutional set-up within these communities has ensured timely and accurate sharing of COVID-19 information, safeguarding most communities from risks related to the pandemic while managing the cyclone response.

Life-saving short-term evacuations are crucial, but they will not be sufficient for dealing with the long-term impacts of future cyclones and the displacement they cause. A lack of Pacific-focused information on disaster management has led governments to lead with reactive choices instead of proactive ones. As part of more informed decision-making, climate vulnerability should not be studied individually but rather alongside other risks in the region, such as health, education and gender-based violence and exclusion. The role of local governments in disaster management, risk reduction and displacement monitoring also cannot be emphasised enough: they were crucial to the response undertaken in most Pacific countries affected by TC Harold.

A proactive and collaborative planning, carefully thought through all levels and departments of the government system, and one that is coordinated at the local level, is critically needed. External aid from NGOs and the private sector, coupled with up-to-date disaster information systems will equally be vital elements for successful responses to future disasters.

Looking ahead: the Pacific Response to Disaster Displacement (PRDD)

The frequency and intensity of cyclones have dramatically increased as a consequence of global warming. At least 50,000 Pacific Islanders are at risk of being displaced each year by natural hazards. IDMC's new project, funded by the Directorate-General for International Cooperation and Development (DG DEVCO) of the European Commission, intends to help the governments of Fiji, the Solomon Islands, Vanuatu, Tonga and the Marshall Islands better understand, prevent and respond to disaster displacement in their respective countries by improving systems for collecting, analysing and forecasting disasters, as well as strengthening government capacities. More information coming soon.

Find out more about the impacts of COVID-19 on internally displaced people here.

Launch of GRID 2023
Events
Impact forecasting and anticipatory action, how to take the right decision?
Expert opinion
To get a clearer picture of internal displacement, we need better data, and more of it
Expert opinion
Disaster displacement: Nepal country briefing