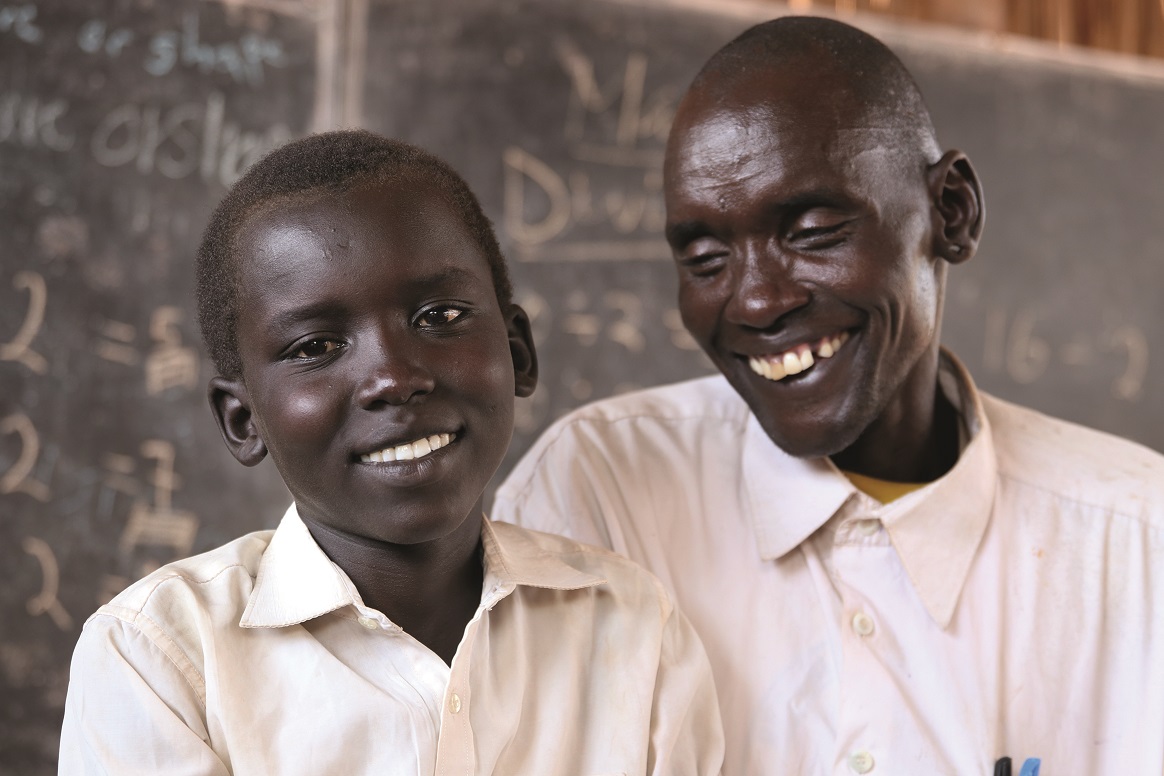 By Christelle Cazabat, Researcher at the Internal Displacement Monitoring Centre, and Tichafara Chisaka, Project Manager of the Inclusive Data Charter.

Obaid is a nine-year-old boy from Yemen. Because of conflict in the country, he has been living in a displacement settlement for two years. Rather than going to school, he spends his days collecting empty plastic bottles to earn some money.

“If we collect one full, large bag, we get 150 Yemeni Reals,” says Obaid. That is around half a dollar.

Simon, on the other hand, is a boy who lives in a displacement camp in South Sudan where he is able to go to primary school, and where his father, Daniel, is also receiving an education.

Obaid and Simon, children of a similar age, have similar needs around access to education and other essential provisions, but experience internal displacement very differently.

The first step in providing internally displaced children with adequate support is to ensure that each child is counted, and their needs are accounted for, by being accurately represented in the data.

On Universal Children’s Day 2019, the Internal Displacement Monitoring Centre (IDMC) released the first ever estimates on the number of children displaced as a result of conflict and violence in 53 countries.

There are 17 million children living in internal displacement because of conflict or violence around the world. Around 6.6 million of these children, like Obaid and Simon, are of primary school age. These staggering figures are likely to be under-estimates.

The report, which was launched at the United Nations in Geneva, shows that internally displaced children are largely invisible. The reason is that, firstly, internally displaced people (IDPs) of all ages are often unaccounted for in data. Secondly, there is limited age disaggregation of any kind of development data.

There is a global lack of investment in statistical and reporting capacities to collect this data. Within the countries and territories for which IDMC is able to estimate the number of IDPs, only 14 percent provide this information by age, and only 1 in 4 of those do so systematically.

The number of IDPs recorded in 2018, 41 million, was higher than ever before. Internally displaced children are often at higher risk of neglect, abuse, and harm. They require specific support, but without quality data, we do not know how many IDPs are children and we cannot plan adequately.

In order to protect and support these children, we need data to help us fully understand the different ways displacement is impacting their security, safety, education, health, and well-being.

What can be done to address these gaps?

Ideally, information on IDPs’ age, sex, and needs should be collected at the local level. This, however, requires significant financial, technical, and human resources, as well as time. In some cases, it is not even feasible. For example, sometimes we are unsure where IDPs have found refuge.

One of the ways IDMC is addressing this knowledge gap is by using national age distribution data and applying it to its records of the internally displaced population in each country. This resource-extensive approach gives a sense of the scale of the issue and can be useful to start planning and raising awareness on children-specific programs on internal displacement.

These initial estimates can be further refined using other sources of information, including surveys of a sample of the internally displaced population and administrative data from organizations working in displacement camps. Different groups already collect this data. Putting them together with improved data interoperability and partnerships, for instance through the Inclusive Data Charter, could enable better support for internally displaced children.

There is growing momentum behind the issue of internal displacement and recognition of IDPs’ specific needs, for example, through the recent establishment of a UN High-Level Panel on Internal Displacement. A lot more still needs to be done, particularly in understanding the ways in which different population groups are affected by displacement.

Through initiatives like the Inclusive Data Charter and the work of IDMC and others, we can continue to mobilize support to address gaps in data collection that will enable us to shine a spotlight on those who are often invisible and most vulnerable. The joint call to action from UNICEF and IDMC invites others to join forces to improve data collection, analysis, and dissemination on internally displaced children.

To respond to the needs of internally displaced children, we must begin by knowing how many children are displaced and where they are. We can then disaggregate data by other dimensions, such as disability and gender, to understand children’s specific needs. With this better data – and importantly, improved coordination and sharing of data – we will be able to take effective action.

Only by ensuring that all population groups are visible in data, can we truly live up to the Sustainable Development Goals’ promise to leave no one behind.

Media Centre
How can the Education in Emergencies sector better respond to the climate emergency?
Events