Uprooted and overlooked: Why people with disabilities fleeing conflict and violence are among those most at risk 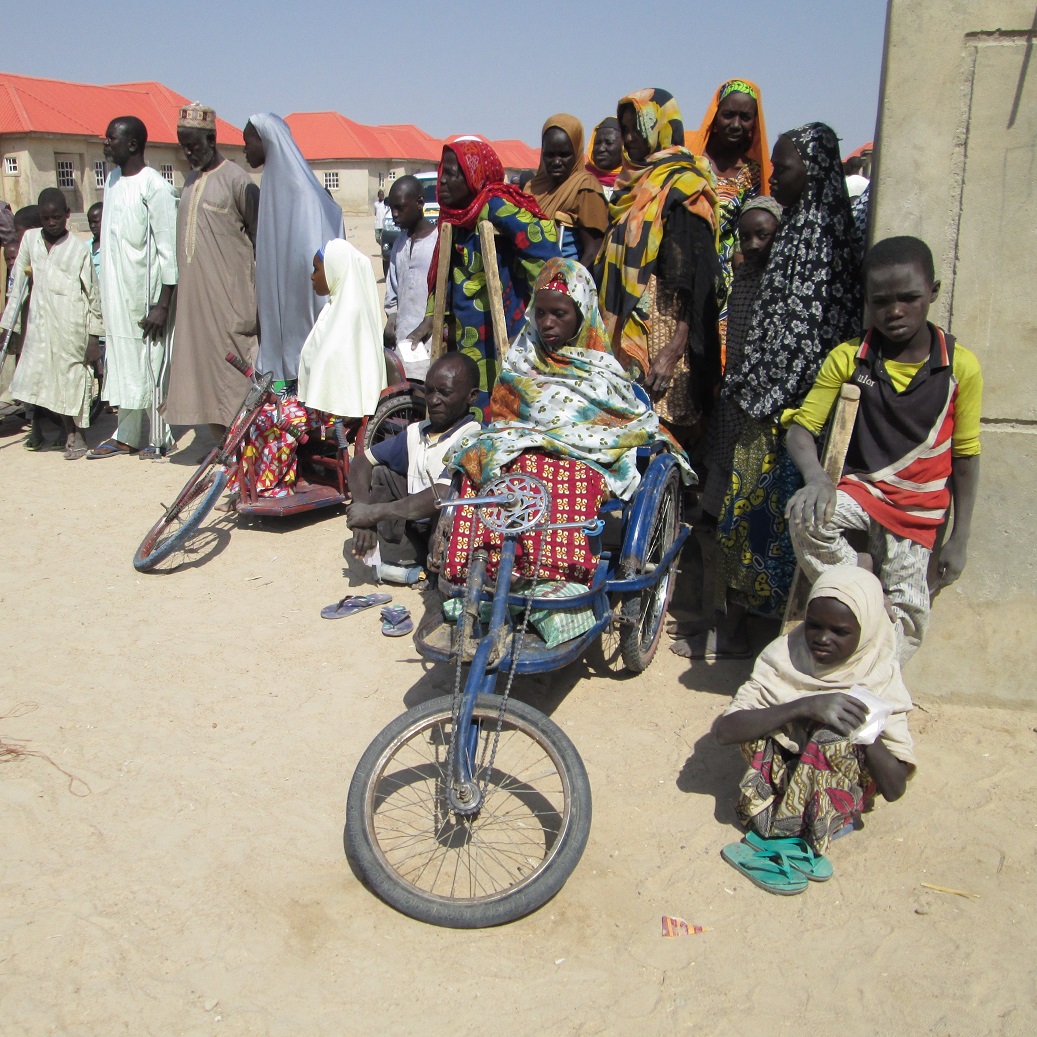 On International Day of Persons with Disabilities, we draw from IDMC’s latest research in Nigeria and Colombia to highlight how the negative effects of displacement fall heavily on those with disabilities.

“Communities are most frequently attacked without warning and usually in the early hours,” says David Sabo, a humanitarian programme specialist with CBM International in Nigeria.

He shares the story of a young woman with mobility difficulties from Borno State: "When Boko Haram attacked their community, her two brothers tried to carry her so they could run together.” As they tried to lift her, the insurgents killed her two brothers, sparing her life but leaving her traumatised in the process. “Because of such experiences,” David explains, “people with disabilities will often tell their families during such attacks: ‘just go, if I perish, I perish.”

With rising insecurity in Nigeria, attacks like this are not uncommon. And while the impacts of such violence are devastating for everyone, people with disabilities tend to be disproportionately affected. Insufficient warning and a lack of assistive devices make it harder for people with disabilities to flee from violence. Those who do manage to escape are exposed to numerous threats, but are often excluded from support.

AROUND SEVEN MILLION IDPS COULD BE LIVING WITH A DISABILITY

An estimated 15% of the global population have a disability. Applying this rate to the 48 million people still displaced by conflict and violence at the end of 2020 suggests about seven million internally displaced people (IDPs) could be living with a disability.

The prevalence of disabilities is often expected to be higher among displaced populations owing to the increased number of injuries among IDPs and their poor access to healthcare. The exposure to landmines, torture, sexual violence and other traumatic events during conflict can give rise to new physical and psychosocial disabilities among IDPs and exacerbate their pre-existing disabilities.

Data gaps and widespread under-reporting make it difficult to assess the true scale of the issue. Of the 6.7 million registered victims of displacement and subject to attention in Colombia, only 3% reported having some type of disability. But in a recent study conducted by IDMC in the Colombian municipality of Caucasia, 20% of surveyed IDPs (50) were identified as having disabilities, according to the threshold recommended by the Washington Group on Disability Statistics.

Disability prevalence could also be lower among displaced populations, especially if those with disabilities are prevented from fleeing. In a similar study conducted in Jos, Nigeria, 2% of surveyed IDPs (3) were identified as having disabilities themselves, while 13% of displaced households included at least one member with a disability.

The Colombian Constitutional Court has recognised that people with disabilities are disproportionately affected by displacement and are at greater risk of violence, discrimination and exclusion. Important steps have been taken at an institutional level to more systematically monitor and report on IDPs with disabilities, address barriers to institutional support, and give visibility to the rights and needs of victims of the armed conflict with disabilities.

The Convention on the Rights of Persons with Disabilities calls on governments to ensure the safety and protection of people with disabilities in humanitarian emergencies, including armed conflict. To date, over 180 countries have ratified the treaty, but questions remain regarding how such commitments can be translated into practice.

According to Mr Sabo, the IASC Guidelines on the Inclusion of Persons with Disabilities in Humanitarian Action are a good place to start. The guidelines provide comprehensive sector-specific strategies for governments and humanitarian actors to combine inclusive mainstreaming programming with targeted interventions for people with disabilities. Collecting data disaggregated by disability is one of the four ‘must do’ actions of the guidelines to enhance planning, implementation and monitoring.

The Special Rapporteur on the Human Rights of Persons with Disabilities has also called for greater efforts to protect the rights of people with disabilities in armed conflict, noting that particular attention should be given to displaced women, girls, older people and members of ethnic minorities, who face amplified risks.

People with disabilities have multiple and intersecting identities and thus different kinds of vulnerabilities before, during and after displacement. Guaranteeing their active participation and consultation in all stages of the peace-conflict continuum is essential to understanding their diverse needs and learning from their expertise.