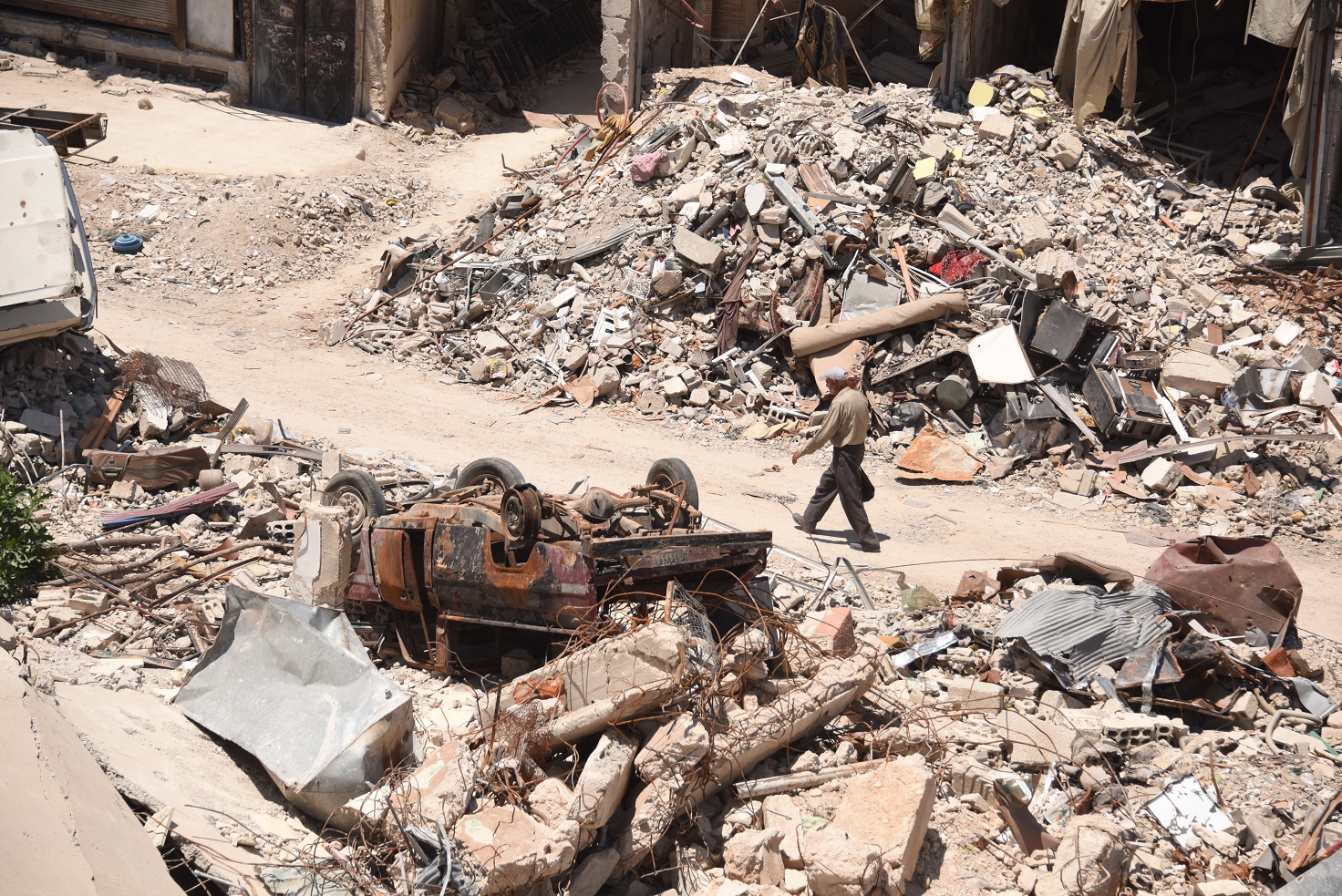 As Yemen confirms its first case of coronavirus, it’s clear the impacts of COVID-19 will hit highly vulnerable internally displaced people (IDPs) hardest. In this blog, experts from IDMC explore how the outbreak will affect people uprooted by conflict in four fragile countries in the Middle East region.

Syria is entering its tenth year of war; Yemen is experiencing the world’s largest humanitarian crisis as a result of five years of war; Iraq is still recovering from the long conflict against the Islamic State in Iraq and the Levant (ISIL), which ended in 2017; and Libya just marked one year since the escalation of fighting following the Tripoli offensive on 4 April 2019. Displaced populations devastated by war in these countries will be particularly hard hit by the pandemic.

Firstly, measures put in place to fight the epidemic may exacerbate IDPs’ existing vulnerability. This is especially concerning given the fragile and insecure environments in which they are living. Furthermore, given the conditions IDPs are living in, particularly in regard to housing and access to services, they are both susceptible to becoming infected and they face difficulty accessing service if they are sickened.

IDP’s ability to access basic services and humanitarian assistance was limited across all four countries even before the outbreak of COVID-19. With their limited capacities, governments have implemented some mitigation measures to contain the spread of the virus. In Syria and Libya they vary depending on areas of control and mainly consist of curfews, movement restrictions and the closure of schools and public spaces. A relatively peaceful context has enabled the Iraqi government to impose a countrywide lockdown and dissemination of information related to COVID-19 via SMS for families living in IDP camps. In Yemen, preventive measures have been implemented by the humanitarian community such as the establishment of quarantine centres for IDPs fleeing frontline of violence and the provision of blankets, tents and mattresses to these centres.

Some mitigation measures can have potential unintended negative consequences for IDPs. Lockdowns and curfews, for example, limit IDPs’ ability to move for their safety, pursue their livelihoods and access humanitarian assistance. In fact, most humanitarian organisations face a significant challenge delivering these services and carrying out their ongoing programmes. Besides, rental, food and fuel prices spiked in most of these countries as soon as prevention measures were  implemented, making it difficult for IDPs to meet their basic needs.

With these four countries already weakened by years of active conflict and displacement, IDPs face critical needs that may make them more vulnerable to the pandemic. Access to water, sanitation and healthcare were the top priority needs for IDPs in the region prior to the COVID-19 outbreak. For example, half of IDPs in Syria were in acute need of water and healthcare, as were 285,000 IDPs in Iraq and at least 150,000 IDPs in Yemen. In Libya, IDPs were struggling to access adequate drinking water as they were unable to afford it.

IDPs are also in urgent need of appropriate housing, which can make them more susceptible to the COVID-19 threat. Over half of IDPs across Syria are sheltered in inadequate housing while more than a third live in camps and critical shelters in Iraq. In Libya, more than 23 per cent of IDPs live with host families, which increases overcrowding and can facilitate the spread of the virus. In Yemen, an already dire housing situation has been made worse by heavy rains which hit southern parts of the country at the end of March – sites for IDPs were the most affected, with rains destroying shelters and properties.

In all these countries, public services and healthcare systems have been decimated by conflict and are still under attack in Syria, Yemen and Libya. Their functioning capacities have been diminished and they are unable to respond to the COVID-19 outbreak, as they are focused on responding to the needs of the casualties of ongoing clashes.

Recent floods in Iraq at the end of March affected camps for IDPs in Ninewa governorates and damaged health centres, and health services have barely recovered. Across Libya, only 63 per cent of all health facilities were reported to be operational and, on 6 April, a health facility in Tripoli that had been assigned as a potential centre to treat COVID-19 patients was hit by shelling. In Syria, only 64 per cent of public hospitals are fully functional, while in Yemen, hospitals are already overwhelmed by an ongoing cholera outbreak, and only half are fully operational.

While clashes continue to trigger new displacements in Syria, Yemen and Libya, and sporadic attacks are still reported both from militants and government sides in Iraq, the UN has called for a freeze in fighting in every conflict-affected country, to enable a COVID-19 response to take place. On 8 April in Yemen, a coalition led by Saudi Arabia and the United Arab Emirates announced a unilateral ceasefire for two weeks to prepare for the COVID-19 outbreak which did not prevent fighting t escalate from escalating between the Houthi’s and forces loyal to the internationally recognised government over the last few days. over the last days.

To avoid a critical spread of the virus among vulnerable populations, urgent peace talks and lasting ceasefires in Syria, Libya and Yemen are desperately needed, while humanitarian access must be granted to serve people already in need. The COVID-19 outbreak has been a catastrophe in the making, one which even highly developed peaceful countries are struggling to address. Limiting its impacts on the most vulnerable people in these four countries will require even more cooperation and coordination than we have largely seen up until now.

Launch of GRID 2022
Events
Conflict in Ukraine: What do we know about the internal displacement situation so far?
Expert opinion
Impacts of displacement: Conflict and violence in Quibdó and Caucasia, Colombia

Publication
Uprooted and overlooked: Why people with disabilities fleeing conflict and violence are among those most at risk
Expert opinion
Virtual Launch of the Mixed Migration Review 2021
Events
Severity of internal displacement, 2021 Report