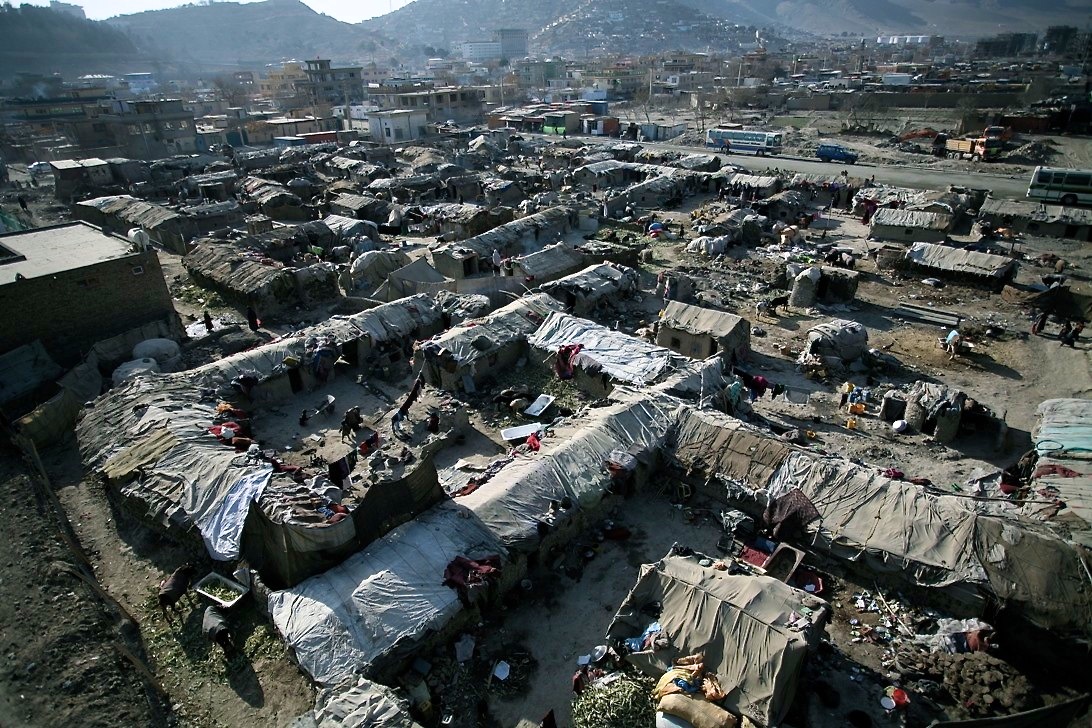 A big part of the discussion will be about the contribution of migration and displacement to urban growth. The last two decades have seen an upsurge in studies on all things urban, and we at IDMC are embarking on a new programme of work on the phenomenon with the aim of proving or disproving a number of claims about it. Here are three common ones:

The world’s population has been more urban than rural since 2007, and you’d be forgiven for thinking that today the majority of displaced people live in cities too. Indeed, it is a claim made regularly and by voices considered authoritative, including annual reports of the United Nations.

Is it true though? Dig deeper into existing studies, and you find no clear definition or trustworthy source for this “fact”. It’s reckoned that most refugees have lived in urban areas since 2011, but similar estimates for internally displaced people (IDPs) are sketchy at best. We are trying to disaggregate our global data into urban and rural figures, but it has proven challenging.

Nobody really knows whether there are more IDPs in urban than rural areas, or how long they stay there. Nor do we know what proportion of people newly displaced each year make their way to the world’s towns and cities. A number of examples suggest a significant proportion may do so, but we have no numbers to support the claim.

2: Urban IDPs are more vulnerable than the urban poor

It is also regularly suggested that urban IDPs face additional challenges specific to their displacement, and examples show that they are indeed at risk of exploitation and extortion.  Yet, once in the city, displaced populations join the ranks of the broader urban poor. They live in the same marginalised and precarious conditions, and become part of urban communities and political systems defined by insecurity, vulnerability and informality.

In truth, we have little insight into how many are more at risk of further impoverishment and marginalisation than their neighbours in informal settlements. And we know even less about the ways in which they may be assets to host communities and urban economies.

Urban displacement is seen first and foremost as a crisis, and much of the recent literature is focused on humanitarian responses to it. Very few people dare to suggest that urban displacement may in fact be the new normal, and even fewer have looked at how urban change and renewal drive poverty and displacement risk.

Cities have attracted migrants and been sanctuaries for those displaced throughout history. Today, however, they are becoming hubs not only of opportunity but also of accumulated risk. This is particularly the case in hazard-prone regions, including parts of Africa and Asia where small and medium-sized cities are expected to experience the highest rates of urban growth in the coming years.

What role can humanitarians play in such situations? It would appear that a much broader and far-reaching response may be needed to reduce poverty and improve urban systems and services. We need to understand better how humanitarian interventions can support such ends for all rather than bypassing municipal authorities and urban planners  while assisting a few.

Robust research to explore these issues and many more is not just an academic exercise. A solid evidence base on the scale and nature of urban displacement would help to guide development spending, urban planning and efforts to realise the goals of the 2030 Agenda. It would also help to inform support for the millions of people displaced in the world’s towns, not to mention meetings such as this week’s forum in Kuala Lumpur.

Publication
Post-coup displacement in Myanmar: What we know, and what we don't
Expert opinion
Deadly surge in gang violence in Haiti’s capital displaces nearly twice as many people in June than in all of 2020