Why would they stay? 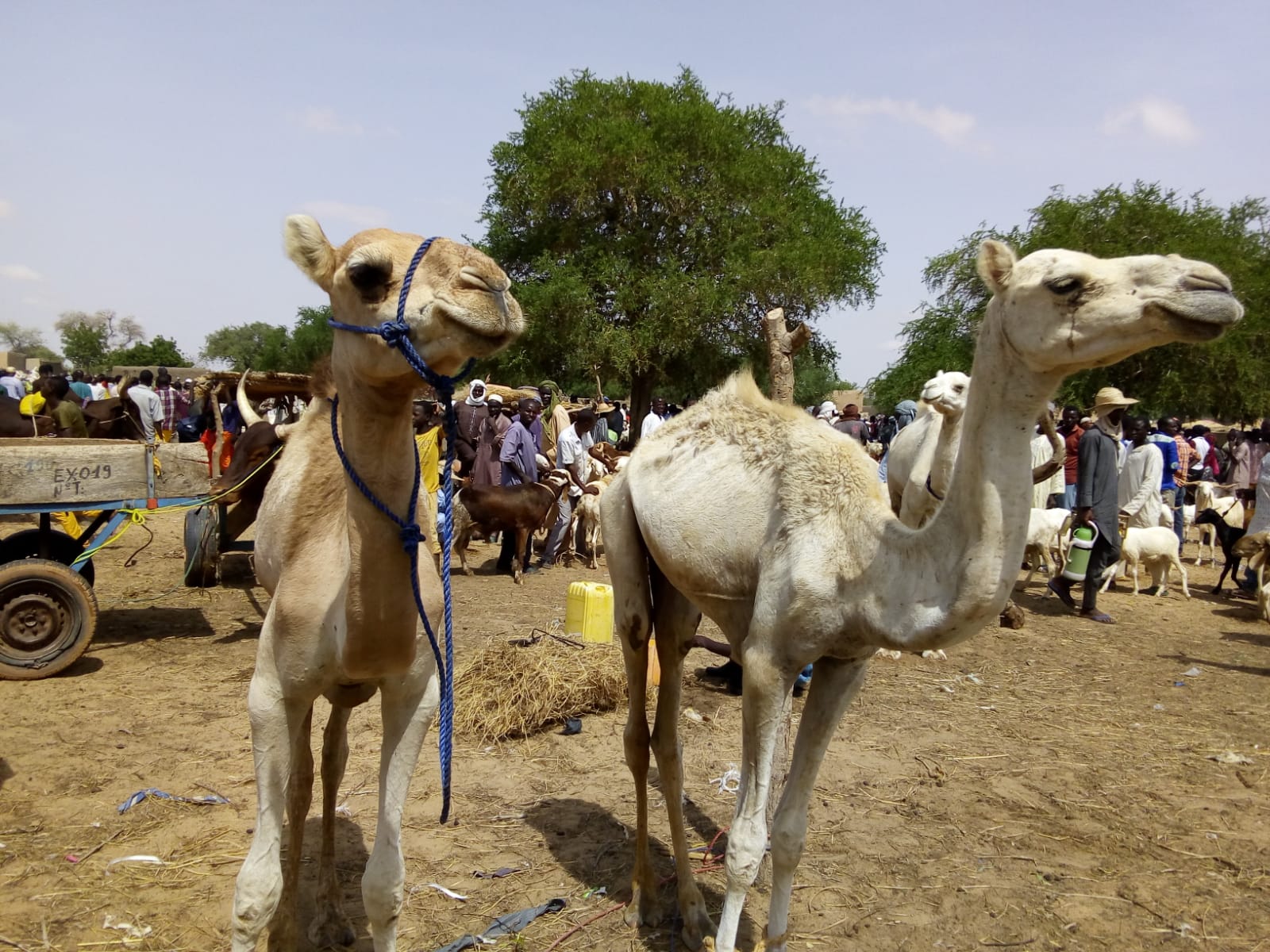 I am in the Maradi region of Niger conducting research on displacement due to drought, in the context of our No matter of choice: displacement in a changing climate thematic series. The objective of the research is to examine the relationship between drought, socio-economic factors such as access to livelihoods and food security, and displacement.

When travelling to the village of Isawane to interview people affected by recurrent drought and food insecurity, I stumbled upon the largest animal market I have ever laid eyes on. Over 5,000 people had crowded into the small village, bringing with them camels, donkeys, cows, sheep and goats.

Far from a sign of affluence, the sale of livestock in the region is a coping strategy. Rains are delayed this year, and planting around the village of Isawane has only just started. Harvest isn’t expected until late September and, in the meantime, households are hungry.

“This year we haven’t seen much rain… One 30mm rain, one 15mm rain, one 14mm, and one 25mm rain the day before yesterday”, explains staff from the mayor’s office. “There have been changes in the climate. We used to plant early June but now people are only just planting. In the past we had four months of rains, now we have barely two months.”

Life in Maradi revolves around the crop calendar. After harvest, many people leave the village to work in urban areas either inside Niger, or in neighbouring Nigeria and Libya. Over half of the people we spoke to in Isawane had previously left the village to work elsewhere, mostly on a yearly basis for a period of three to six months. When the rains start, they return to their village to plant. Some leave for longer periods: almost everyone we spoke to had family members settled elsewhere, sending money to Isawane. Aïshatou’s four sons work in Maradi or urban areas of neighbouring Agadez region, returning to the village only in time for the harvest. In the region, they call this phenomenon “exodus”.

Poverty is the sole motivation for movement. When I first arrived in Niger, I worried that perhaps the movements I was hearing about did not constitute displacement - I worried that, perhaps, we had chosen the wrong case study. But it has become very clear to me that there is no choice involved in the decision to migrate. “Why would they stay?”, questions one local official. “They’d die of hunger.”

According to the mayor; “There’s migration all the time but it increases during periods of drought. When you see that what you have harvested isn’t sufficient to feed your family, able-bodied household members are forced to leave. You can’t just cross your arms and wait to die.”

Even the income acquired outside the village is not always sufficient to survive until the next harvest. During the lean period, many households have to sell their livestock to make ends meet. Despite the money she receives from her son, Samira has progressively had to sell all of her ten goats to have enough to eat. She’s not the only one: more than half of the people we spoke to said they had less animals than previous years, because they had been forced to sell them.

The market I witnessed in Isawane shows just how many families are in search of extra income. The ability to sell livestock makes all the difference when it comes to surviving the lean season. According to FEWSNET’s Assessment of Chronic Food Insecurity in Niger, “Households in Central Maradi are heavily dependent on agriculture as their primary means of survival, but erratic rainfall year to year makes it hard for households without sufficient livestock to adequately cope.”

In the absence of livestock, families have little choice but to migrate outside the area in search of additional income. Our research report, which we aim to publish by October 2019, will look deeper into poverty-driven seasonal migration in Niger. Our goal, ultimately, is to help them break the cycle.

Publication
EU and International Climate Change Action
Events
From basic needs to the recovery of livelihoods: Local integration of people displaced by drought in Ethiopia