Women, Peace and Security 20 years on: It’s time we include the voices and needs of displaced women and girls 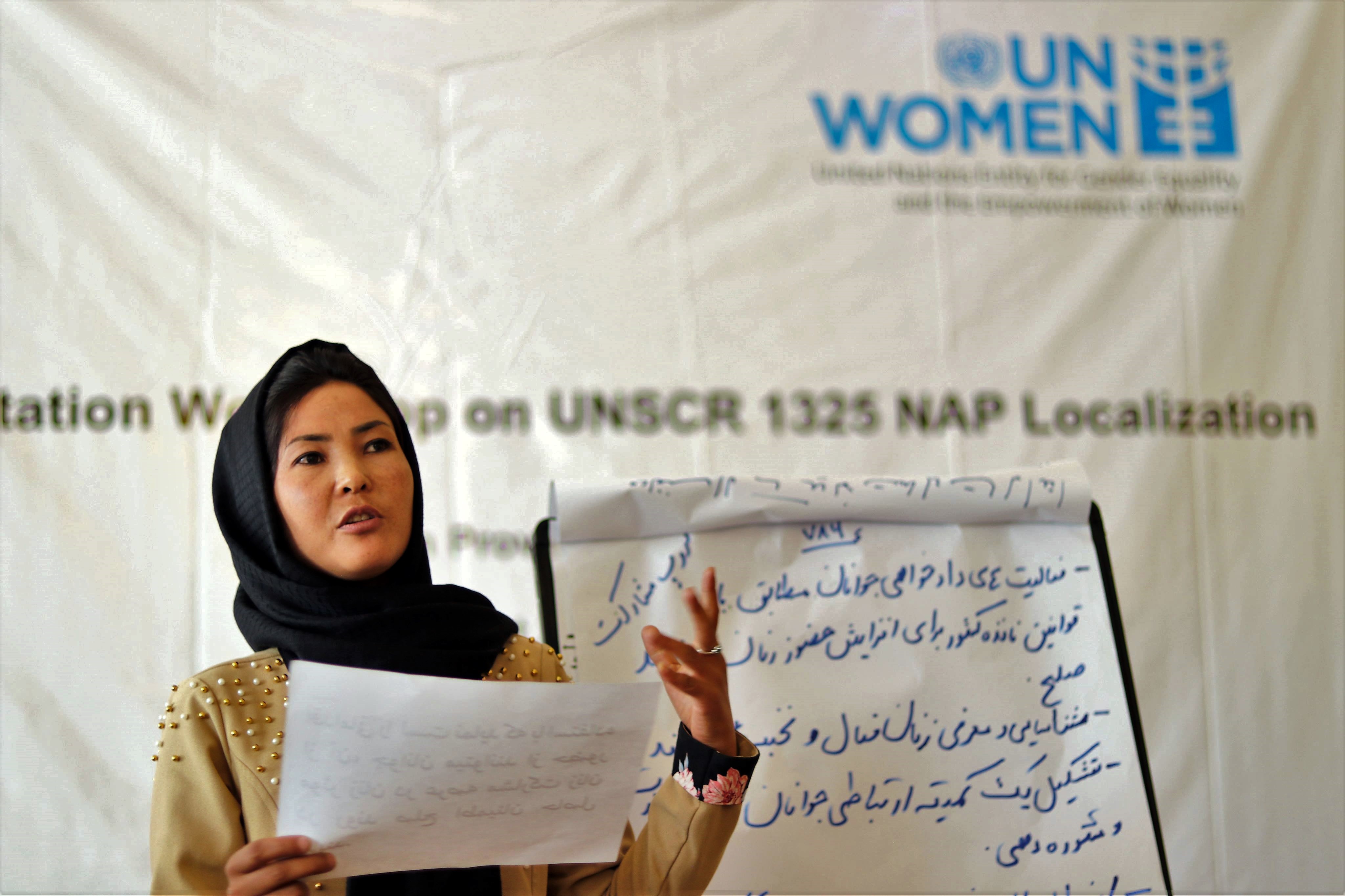 On 31 October 2000, the UN Security Council adopted Resolution 1325 emphasising the role of women in the prevention and resolution of conflicts and calling for equal participation of women in peacebuilding efforts. Twenty years down the line, women still remain the minority around negotiation tables and in peacebuilding operations, with their specific needs in conflict situations often being overlooked.

Yet they often represent a significant share of all conflict-affected people: at the end of 2019, nearly 23 million women and girls worldwide were living in internal displacement because of conflict or violence. To make real progress, we not only have to fully include women at all levels of security and peace operations, but also better address the needs of (internally) displaced women and girls.

Peace is more than the absence of war

While the statistics mentioned above surely have to change to ensure equal participation of women – something that has also been clearly acknowledged by the United Nations – efforts to build sustainable peace will need to go beyond these numbers. Johan Galtung, one of the founders of peace and conflict studies, distinguishes between negative and positive peace. While the former is defined by the absence of direct or personal violence, such as war, assault and terrorism, the latter includes the absence of indirect or structural violence, such as social injustice, poverty and hunger. Working towards positive peace, therefore, requires us to look at the bigger societal picture, including the living conditions of civilians affected by conflict and war.

In the context of Resolution 1325 this means, among other elements, taking into account the specific vulnerabilities of women and girls displaced as a result of violence and war. Already 20 years ago, women and children in internal displacement were mentioned as one of the groups particularly at risk in the resolution’s preambulatory clauses. Today, this is backed up by evidence showing that women are overall more severely affected by displacement than men.

Impact of displacement on women and girls

Recent studies and research from around the world compiled by IDMC demonstrate how displacement is taking a disproportionate toll on women’s livelihoods, security as well as access to health services and education. A study in Ethiopia’s Oromia region showed that 35 per cent of surveyed women became unemployed as a result of their displacement, compared with 30 per cent of men. Research in Somalia found that school attendance increased for displaced boys from 29 to 41 per cent, while it decreased for displaced girls from 45 to 29 per cent. Studies in Colombia and Afghanistan point to an increase of domestic violence following displacement. Surveys conducted in Somalia and Ethiopia show that more women than men felt their physical health had deteriorated since their displacement.

If the above-mentioned impacts of internal displacement on women and girls are not addressed, they have the potential to reinforce each other in a vicious circle of vulnerability. Girls’ low school attendance rates may constrain their mothers’ ability to engage in work because they have to stay at home to care for them. Mothers’ lack of opportunity to establish a decent livelihood will in turn make them less able to afford to send their children to school or provide for health care, and stress due to insufficient funds might increase domestic violence.

On a more positive note, taking into account the specific needs of internally displaced women and girls can greatly contribute to breaking the vicious circle and creating what Galtung called positive peace. Ensuring displaced women and girls are fully involved in decision making and can benefit from tailored humanitarian and development support, backed by robust legal and policy frameworks, is essential to guarantee responses that bring about lasting peace. Focusing on women and girls could go a long way towards achieving durable solutions and fostering socioeconomic development for all.

Only if we manage to achieve both, putting an end to hostilities through the full inclusion of women in negotiation and peacebuilding processes, and constructing post-conflict societies with equal opportunities for all, can we realise the full potential of UN Security Council Resolution 1325. Twenty years after its adoption, it is about time.

This article is part of a new IDMC series of policy blogs. In the coming months we will periodically reflect on significant policy developments through an internal displacement lens.

Stepping up international action for climate resilience
Events
Internal displacement in Cameroon - why is the crisis neglected?
Events
Burst of violence in Darfur triggers Sudan's highest number of conflict displacements in six years

Media Centre
A decade of displacement in the Middle East and North Africa
Events
10 years after the Arab Spring protests, internal displacement still at crisis level in the MENA region