30.6 million people displaced inside their country in 2017 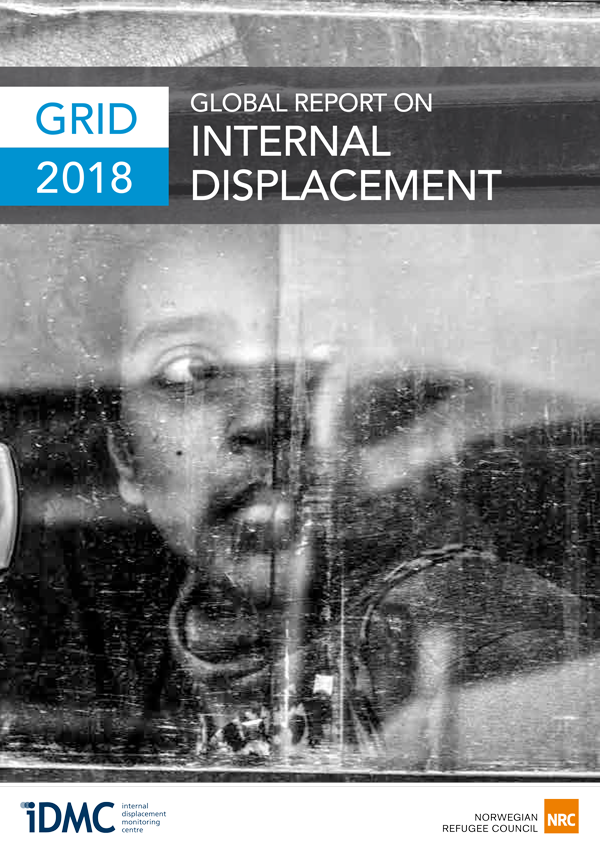 16 May 2018, London – Conflict and disasters displaced 30.6 million people within their own countries last year, according to a new report from the Internal Displacement Monitoring Centre (IDMC) and the Norwegian Refugee Council (NRC).

“This is the equivalent of more than 80,000 people displaced each day,” said Alexandra Bilak, Director of IDMC. “The scale of this displacement is dishearteningly familiar. This report shows why we need a new approach to address the huge costs of internal displacement, not only to individuals, but also to the economy, stability and security of affected countries.”

“The staggering number of people forced to flee from their homes due to conflict and violence must serve as an eye opener to us all,” said Jan Egeland, NRC’s Secretary General. “We are getting better at providing emergency aid, but we need to put a lot more effort into preventing displacement, protecting people, and finding long-term solutions.”

The report also shows that in 2017, disasters displaced 18.8 million people in 135 countries. Of these, 8.6 million displacements were triggered by floods, and 7.5 million by storms, especially tropical cyclones. The worst affected countries were China with 4.5 million, the Philippines with 2.5 million, Cuba and the US each with 1.7 million, and India with 1.3 million displacements.

In 2017, cyclones displaced millions of people around the world, including Mora which struck Bangladesh in May and hurricane Irma that wreaked havoc in the Atlantic in August.

Complex emergencies in places like Yemen and South Sudan, involving a breakdown in the rule of law, a weakened economy and limited humanitarian access, also led to significant displacement.

“Internal displacement often heralds the start of broader crises. While we have seen some useful policy progress since the adoption of the Guiding Principles on Internal Displacement 20 years ago, it is nowhere near enough to cope with, much less reduce, the scale of the problem,” said Bilak.

Bilak added, “without renewed action, we risk failing millions of internally displaced people worldwide, and holding back the development of the countries which host them. It’s time for an honest conversation on the most effective ways to turn the tide on this global crisis. This conversation must be led by affected countries and receive full support from the international community.”

IDMC is the leading source of information and analysis on internal displacement globally. We are part of the Norwegian Refugee Council, an independent, non-governmental humanitarian organisation.

IDMC was set up in 1998 at the request of the international community to fill an important knowledge gap on the global scale and patterns of internal displacement. Since then, tens of millions of people become internally displaced each year as a result of conflict, violence and disasters. While the numbers are rising and the needs of millions go unaddressed, internal displacement continues to receive insufficient political attention and commitment.

From 16 May visit http://www.internal-displacement.org/global-report/grid2018/ to access GRID 2018 and a media pack, containing all global and regional press releases, translations in French, Spanish and Arabic, a highlights document with facts and figures, and b-roll.