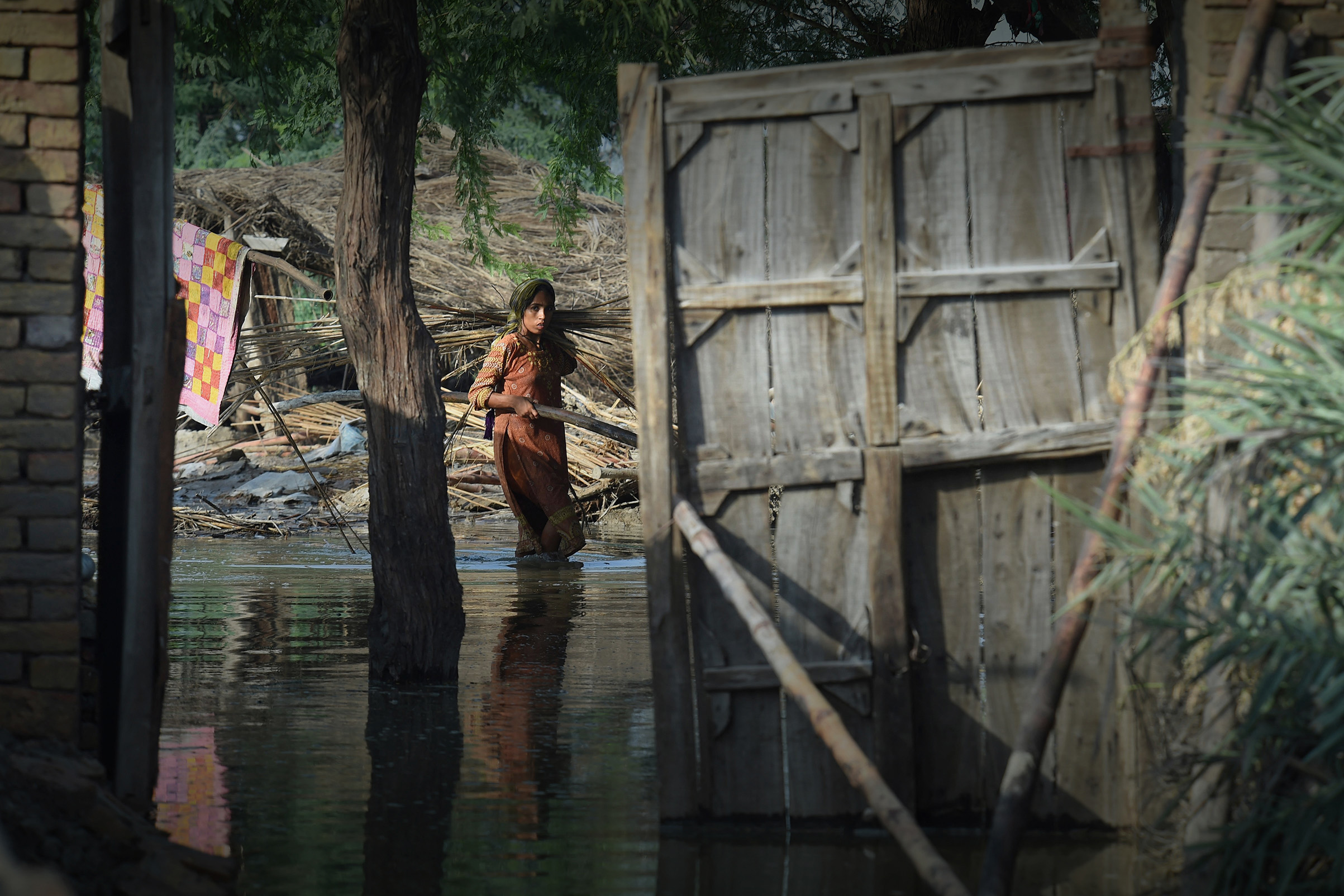 30 August 2022 - Geneva: Nearly 500,000 people are in relief camps after two months of record-breaking rainfall in Pakistan, according to government data.

“The scale of displacement is likely to be much higher, however, given the number of houses that have been destroyed or damaged, estimated at more than one million” says Alexandra Bilak, Director of the Internal Displacement Monitoring Centre (IDMC).

Around 317,390 houses have been completely destroyed and another 734,180 partially damaged. More than 33 million people - 15% of the population - are affected by the flooding in 116 districts across the country and 1,136 have died.

The government has declared 73 districts to be calamity-hit, of which 75% are in the provinces of Sindh and Balochistan where the monsoon rainfall has been more than five times the average. Both provinces suffered severe drought conditions and a devastating heatwave this year, exacerbating the impact of the floods.

In Sindh, the wheat harvest was already down by 20% due to the heatwave in April.

“Sindh accounts for nearly one quarter of the country's agricultural output so the already reduced harvest coupled with more than 2.5 million acres of crops now flooded could have significant implications for food security in Pakistan,” says Kathryn Giffin, IDMC’s Monitoring Expert for Pakistan.

Initial assessments in Balochistan have indicated a decrease in food consumption as crops and pre-existing food stocks have been destroyed by flood water. In addition, of the more than 735,000 livestock that have perished nationwide, 500,000 were in Balochistan.

“Communities in this province rely heavily on livestock for both sustenance and livelihoods. This loss, together with the destruction of crops and food stocks, could push families already facing crisis further into poverty and increase food insecurity,” says Ms. Giffin.

Climate change has contributed to more intense and frequent disasters, making it difficult for affected communities to recover. This has led to changing migration patterns within the country, where seasonal movements are turning into long-term migrations.

Every day, people flee conflict and disasters and become displaced inside their own countries. The Internal Displacement Monitoring Centre provides data and analysis and supports partners to identify and implement solutions to internal displacement.