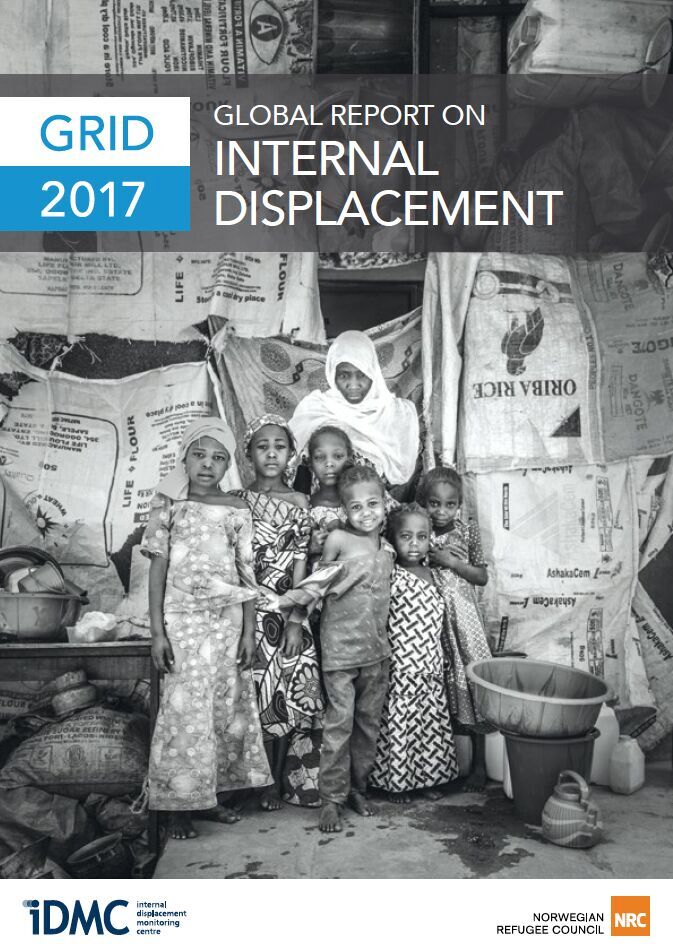 The 2017 Global Report on Internal Displacement (GRID 2017) presents the latest data and trends of internal displacement by conflict and disasters worldwide. In 2016, one person per second was forced to flee.

This year’s report also looks at the connections between internal and cross-border displacement, the factors that force internally displaced people (IDPs) across borders, and the issue of refugees being returned home, only to become internally displaced again. The report highlights, that despite the fact that IDPs outnumber refugees by two to one, internal displacement is still neglected as an issue of global concern.