Afghanistan: As humanitarian space shrinks, IDP policy must be implemented 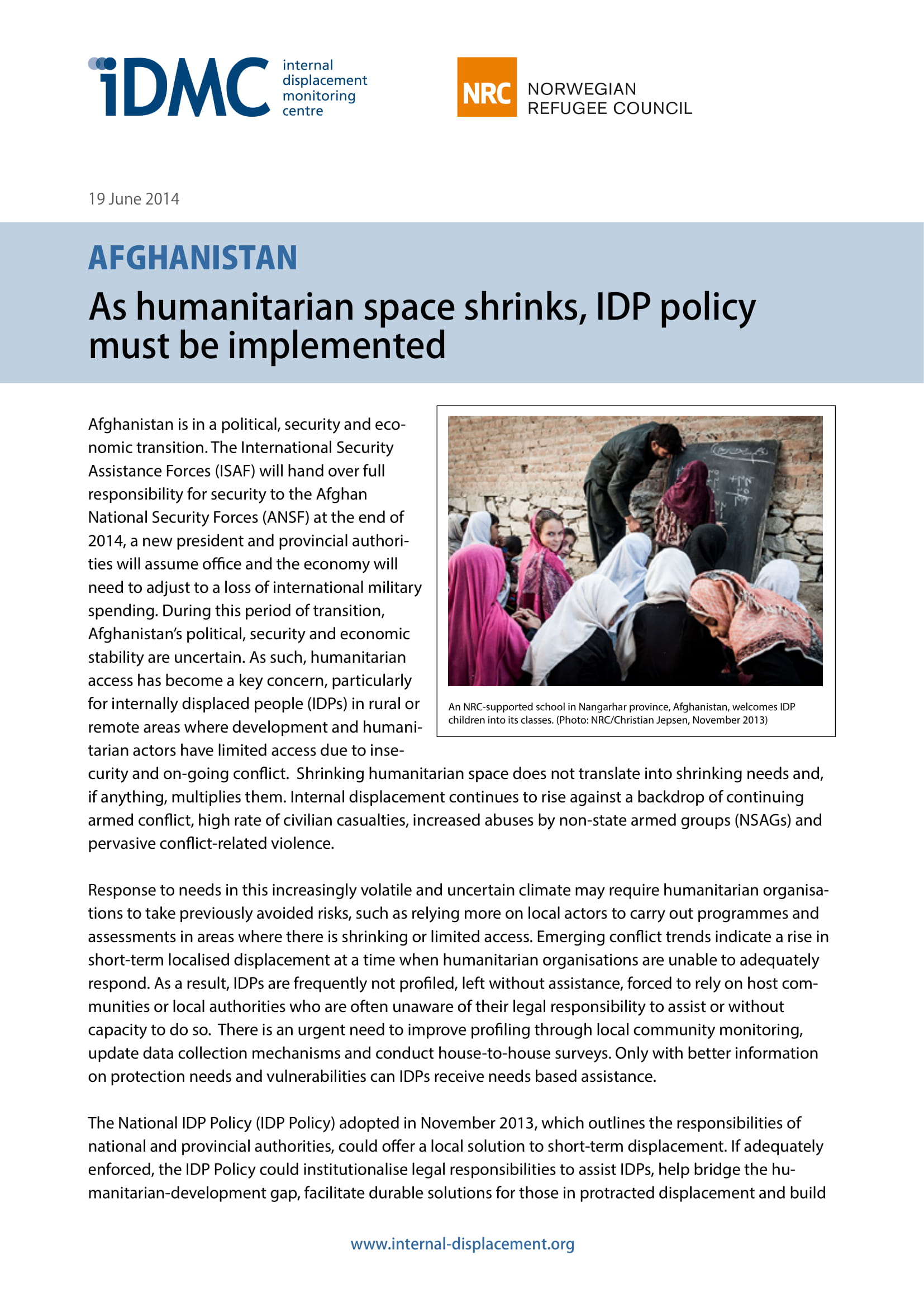 Afghanistan is in a political, security and economic transition. The International Security Assistance Forces (ISAF) will hand over full responsibility for security to the Afghan National Security Forces (ANSF) at the end of 2014, a new president and provincial authorities will assume office and the economy will need to adjust to a loss of international military spending. During this period of transition, Afghanistan’s political, security and economic stability are uncertain. As such, humanitarian access has become a key concern, particularly for internally displaced people (IDPs) in rural or remote areas where development and humanitarian actors have limited access due to insecurity and on-going conflict. Shrinking humanitarian space does not translate into shrinking needs and, if anything, multiplies them. Internal displacement continues to rise against a backdrop of continuing armed conflict, high rate of civilian casualties, increased abuses by non-state armed groups (NSAGs) and pervasive conflict-related violence.

Response to needs in this increasingly volatile and uncertain climate may require humanitarian organisations to take previously avoided risks, such as relying more on local actors to carry out programmes and assessments in areas where there is shrinking or limited access. Emerging conflict trends indicate a rise in short-term localised displacement at a time when humanitarian organisations are unable to adequately respond. As a result, IDPs are frequently not profiled, left without assistance, forced to rely on host communities or local authorities who are often unaware of their legal responsibility to assist or without capacity to do so.  There is an urgent need to improve profiling through local community monitoring, update data collection mechanisms and conduct house-to-house surveys. Only with better information on protection needs and vulnerabilities can IDPs receive needs based assistance.