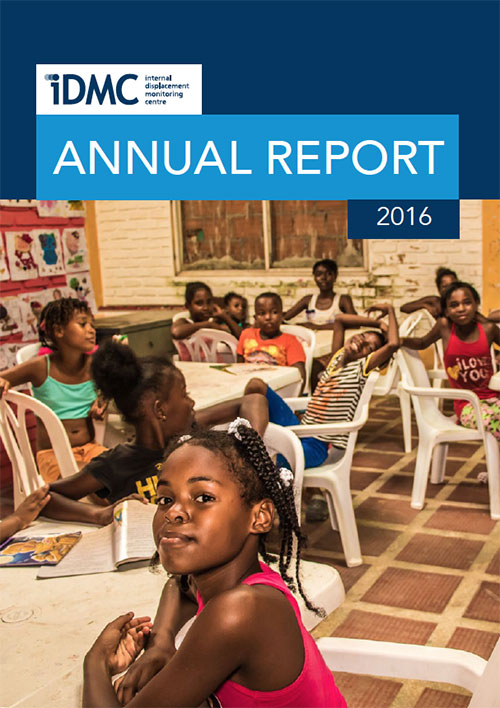 The number of people internally displaced around the world continued to rise in 2016, with tens of millions forced to flee their homes by conflict, violence and disasters. Political focus on the issue waned during the year, however, overshadowed by the urgency of efforts to address the global refugee crisis. Internally displaced people featured prominently in discussions at the World Humanitarian Summit in May, but they were barely mentioned in the outcome document of UN Summit for Refugees and Migrants in September.

The September summit represented a historic opportunity to come up with a better system for responding to the needs of all displaced people, but only token recognition was given to internal displacement in terms of its links to the causes of refugee and migrant flows. This shortcoming is symptomatic of the failure to protect and assist people displaced within the borders of their own countries, and of a political and diplomatic environment that invokes sovereignty as immunity rather than responsibility.

IDMC’s work and figures for 2016 clearly show that internal displacement should be a priority humanitarian and development issue on the global policy agenda, given its unprecedented scale and seemingly relentless escalation worldwide. In 2016, we continued to expand our analysis and research into the drivers, patterns and impacts of the phenomenon, and we embraced new technologies and sources to improve data collection, increase global coverage and make our estimates more accurate.

Our data and analysis are instrumental in informing the development and implementation of global and regional policy agendas. In 2016, we provided evidence, tools and guidance to processes including the Sendai Framework for Disaster Risk Reduction, the World Humanitarian Summit and the UN Framework Convention on Climate Change (UNFCCC).

This annual report is a reflection of our accomplishments during the year. We also take this opportunity to thank our current funding partners for their loyal and long-term support. None of our achievements to date would have been possible without your commitment and dedication.