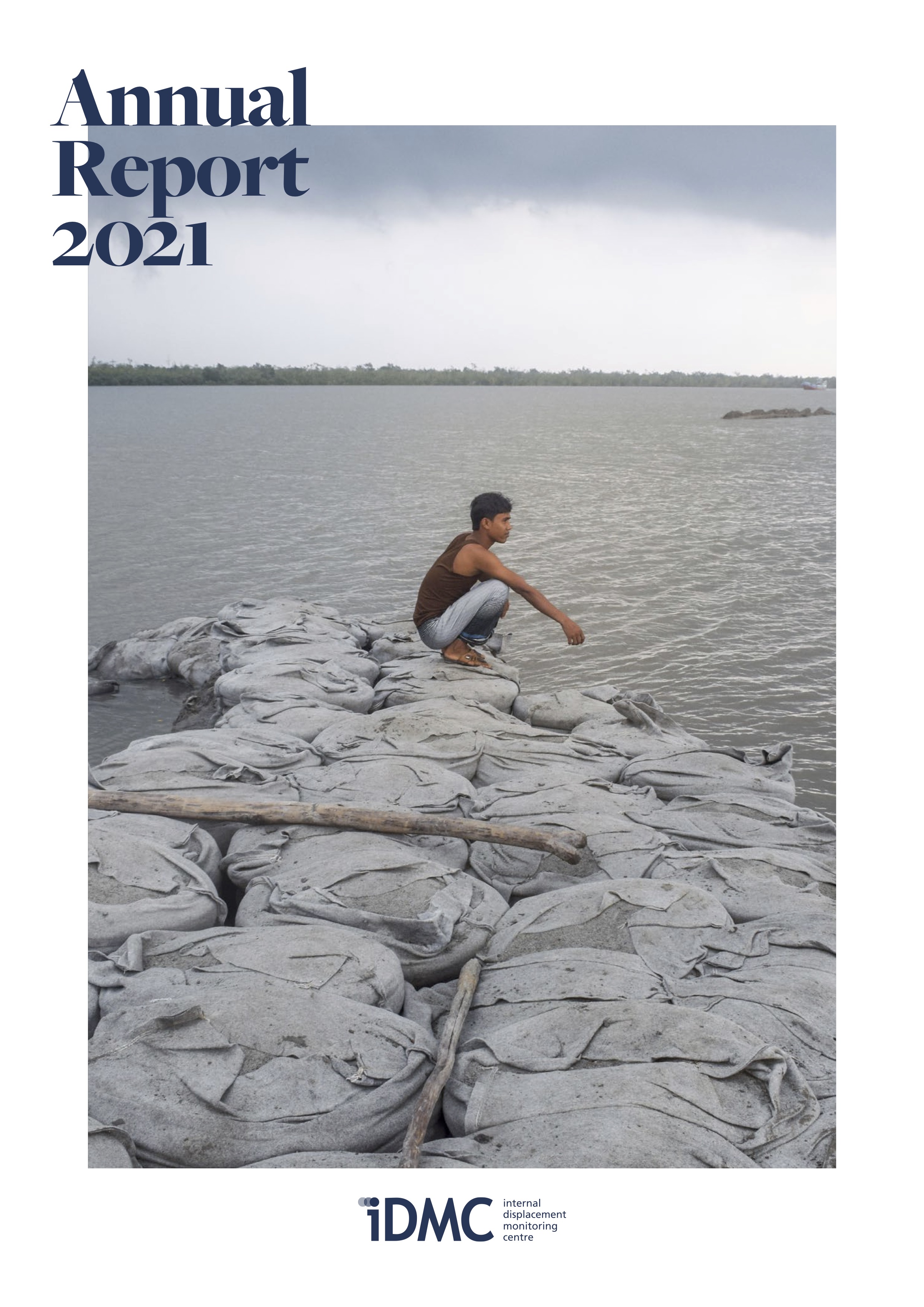 When I wrote my director’s message for last year's report, I ended by saying 2021 would be a year of opportunities. Looking back, I must acknowledge the pandemic made the first year of implementing IDMC’s 2030 strategy more challenging than expected, but we are also thankful for the opportunities 2021 brought. Collectively, we have made many small steps in the right direction during the year, and I truly believe that, working together, we can advance solutions for the world’s internally displaced people (IDPs) in the years ahead. Below I outline three main reasons we remain hopeful.

First, the issue of climate change and the risks it poses to our planet and its population have never before been so widely acknowledged in public discourse. We focused our 2021 Global Report on Internal Displacement (GRID) on 'Displacement in a Changing Climate' and we were proud of the attention it received from our partners and the media, including a cover story in Le Monde, coverage on prime time German television and by leading news agencies including Reuters, Associated Press, and the New York Times.

One of the main points we made in the report—that extreme weather events and climate change affect all parts of the world and governments without exception would be well advised to prevent and prepare for associated displacement—was demonstrated throughout the year. From devastating wildfires that ripped through the United States, Canada, Turkey, and North Africa this summer, to vast tropical cyclones like In-fa which caused massive damage and displacement, particularly in China, the Philippines, and Taiwan; as well as heavy flooding in South Sudan and severe drought in Afghanistan and Syria which exacerbated existing vulnerabilities, disasters in 2021 displaced millions of people worldwide.

As devastating as they are, we feel that the advances in reporting on the issue is something to be applauded and we remain committed to continually improving the data and evidence base in the years ahead. In June 2021, for example, we published our first ever article in Science magazine, focusing on the human cost of displacement in a changing climate and calling for investments in disaster risk reduction and lasting solutions for people who lose their homes, land or livelihoods. We are also making continual improvements to our risk modelling work, as evidenced by advancements made in informing national risk preparedness and management in the Pacific with our governmental and UN partners.

A second reason we remain hopeful is linked with the publication of the recommendations of the UN Secretary- General’s High-Level Panel on Internal Displacement, which I had the honour of supporting as a member of the Expert Advisory Group. Whether they prove a game- changer for IDPs will depend first and foremost on robust follow-up that sustains political will and encourages national ownership. IDMC remains highly committed to support this process and implement activities to fulfill key recommendations for which we are best placed.

The report’s focus on solutions to internal displacement, including the mechanisms needed to secure proper funding, is certainly a promising starting point, as is the call for a better coordination among UN agencies on the ground. The shift from a short-term humanitarian to a longer-term development approach will be vital in reducing the global number of IDPs, which reached a record 55 million at the end of 2020.

Importantly, the report also recognises the significance of data, not only as a measure of the scale, patterns and impacts of displacement but also as a means to catalyse political will. By calling for government-led processes and systems to collect, analyse and manage data on the phenomenon, the panel puts responsibility for assessing and responding to it firmly in the hands of national authorities, holding them accountable for and to their citizens.

Along with peer-to-peer learning, which the report also recommends, this is very much in line with our vision of country support work. We have already piloted our approach in Latin America, where Colombia’s successful establishment of a countrywide registry of IDPs is serving as an example of best practice for Mexico. Encouraged by the interest of other governments, we look forward to expanding this area of our work to more countries.

Third, advances in combatting the pandemic have allowed us to spend more time together as a team and finally meet face-to-face with our colleagues and partners again. In September 2021, we had the pleasure of meeting some of the members of our advisory group personally after more than two years. In November 2021, we resumed our 'Displacement Dialogues', which bring together Geneva-based permanent representatives of countries with large populations of IDPs. The significant interest and the positive feedback we received after the first meeting clearly show the continued need for this kind of exchange among states.

In the coming years, we will continue to monitor internal displacement around the world and provide policymakers with evidence to direct their attention to where it is most needed. We will focus on documenting solutions and highlighting best practices to inspire governments to try what has worked elsewhere for themselves. We will also continue our research to reveal what’s driving displacement, its impacts on the lives of people and the economy, and patterns and trends that are prohibiting the achievement of durable solutions

We send our warm thanks to all who supported our work in 2021 and hope you will remain by our side as we move into this next chapter.