Azerbaijan: After some 20 years, IDPs still face barriers to self-reliance 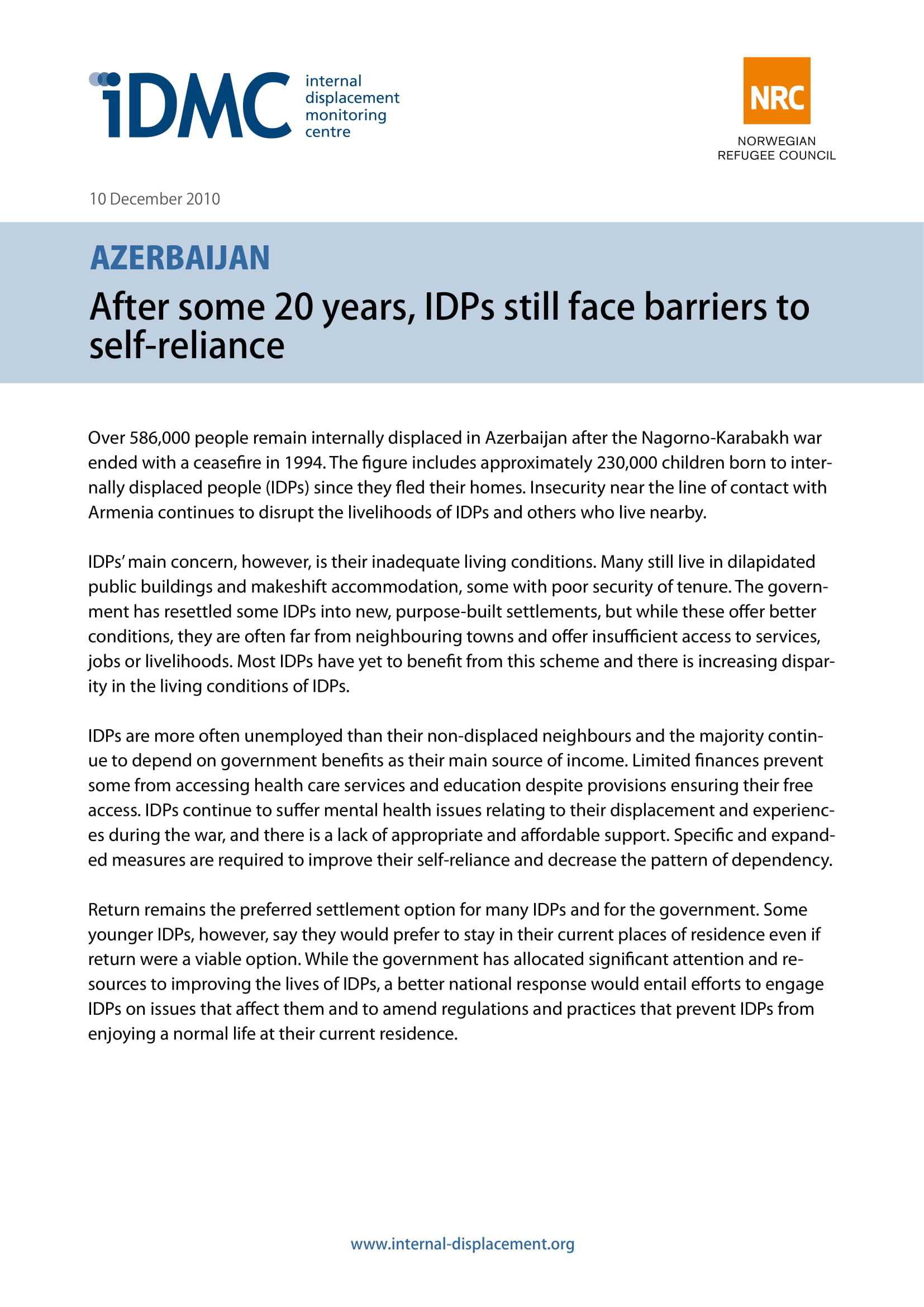 Over 586,000 people remain internally displaced in Azerbaijan after the Nagorno-Karabakh war ended with a ceasefire in 1994. The figure includes approximately 230,000 children born to internally displaced people (IDPs) since they fled their homes. Insecurity near the line of contact with Armenia continues to disrupt the livelihoods of IDPs and others who live nearby.

IDPs’ main concern, however, is their inadequate living conditions. Many still live in dilapidated public buildings and makeshift accommodation, some with poor security of tenure. The government has resettled some IDPs into new, purpose-built settlements, but while these offer better conditions, they are often far from neighbouring towns and offer insufficient access to services, jobs or livelihoods. Most IDPs have yet to benefit from this scheme and there is increasing disparity in the living conditions of IDPs.

IDPs are more often unemployed than their non-displaced neighbours and the majority continue to depend on government benefits as their main source of income. Limited finances prevent some from accessing health care services and education despite provisions ensuring their free access. IDPs continue to suffer mental health issues relating to their displacement and experiences during the war, and there is a lack of appropriate and affordable support. Specific and expanded measures are required to improve their self-reliance and decrease the pattern of dependency.

Return remains the preferred settlement option for many IDPs and for the government. Some younger IDPs, however, say they would prefer to stay in their current places of residence even if return were a viable option. While the government has allocated significant attention and resources to improving the lives of IDPs, a better national response would entail efforts to engage IDPs on issues that affect them and to amend regulations and practices that prevent IDPs from enjoying a normal life at their current residence.