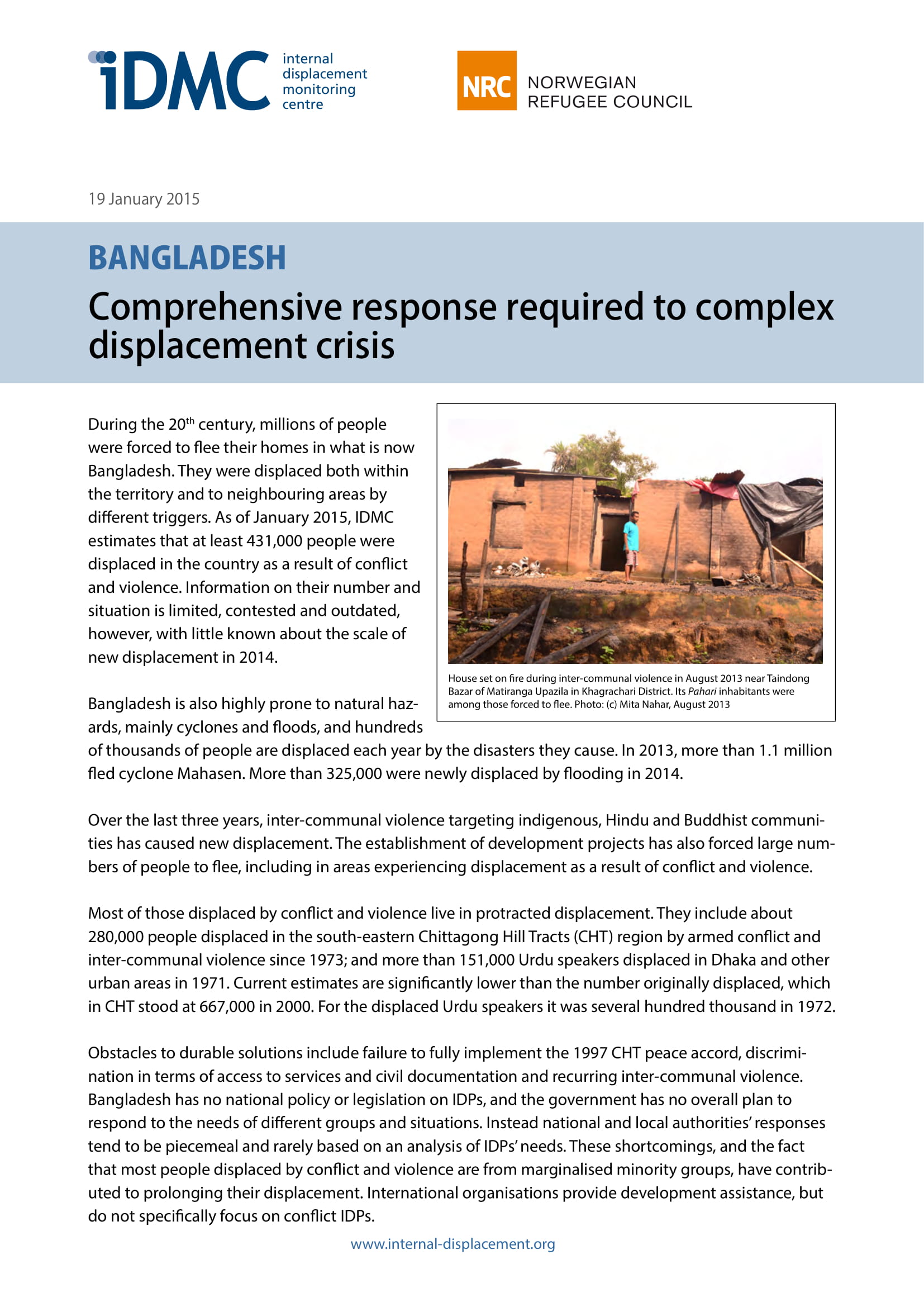 During the 20th century, millions of people were forced to flee their homes in what is now Bangladesh. They were displaced both within the territory and to neighbouring areas by different triggers. As of January 2015, IDMC estimates that at least 431,000 people were displaced in the country as a result of conflict and violence. Information on their number and situation is limited, contested and outdated, however, with little known about the scale of new displacement in 2014.

Bangladesh is also highly prone to natural hazards, mainly cyclones and floods, and hundreds of thousands of people are displaced each year by the disasters they cause. In 2013, more than 1.1 million fled cyclone Mahasen. More than 325,000 were newly displaced by flooding in 2014.

Over the last three years, inter-communal violence targeting indigenous, Hindu and Buddhist communities has caused new displacement. The establishment of development projects has also forced large numbers of people to flee, including in areas experiencing displacement as a result of conflict and violence.