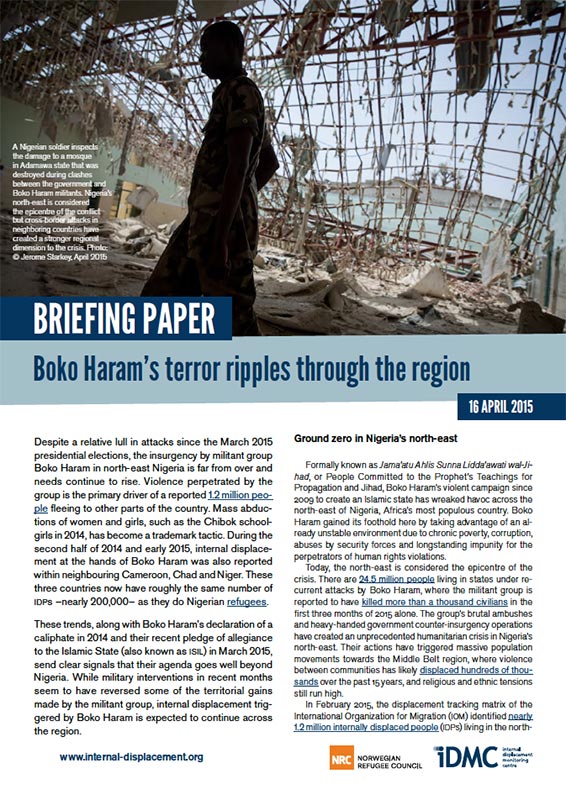 The report outlines the massive internal displacement caused by militant group Boko Haram not only in north-east Nigeria, ground zero of the crisis, but also by waves of attacks carried out in neighboring Cameroon, Chad and Niger. The effects of the crisis are reverberating across the wider Sahel, a region suffering chronic levels of malnutrition.

Marking one year since Boko Haram kidnapped more than 200 schoolgirls from Chibok, the report also highlights how gender is an increasingly significant component of the group's tactics, messaging and violence and how large-scale abductions have escalated over the past year.