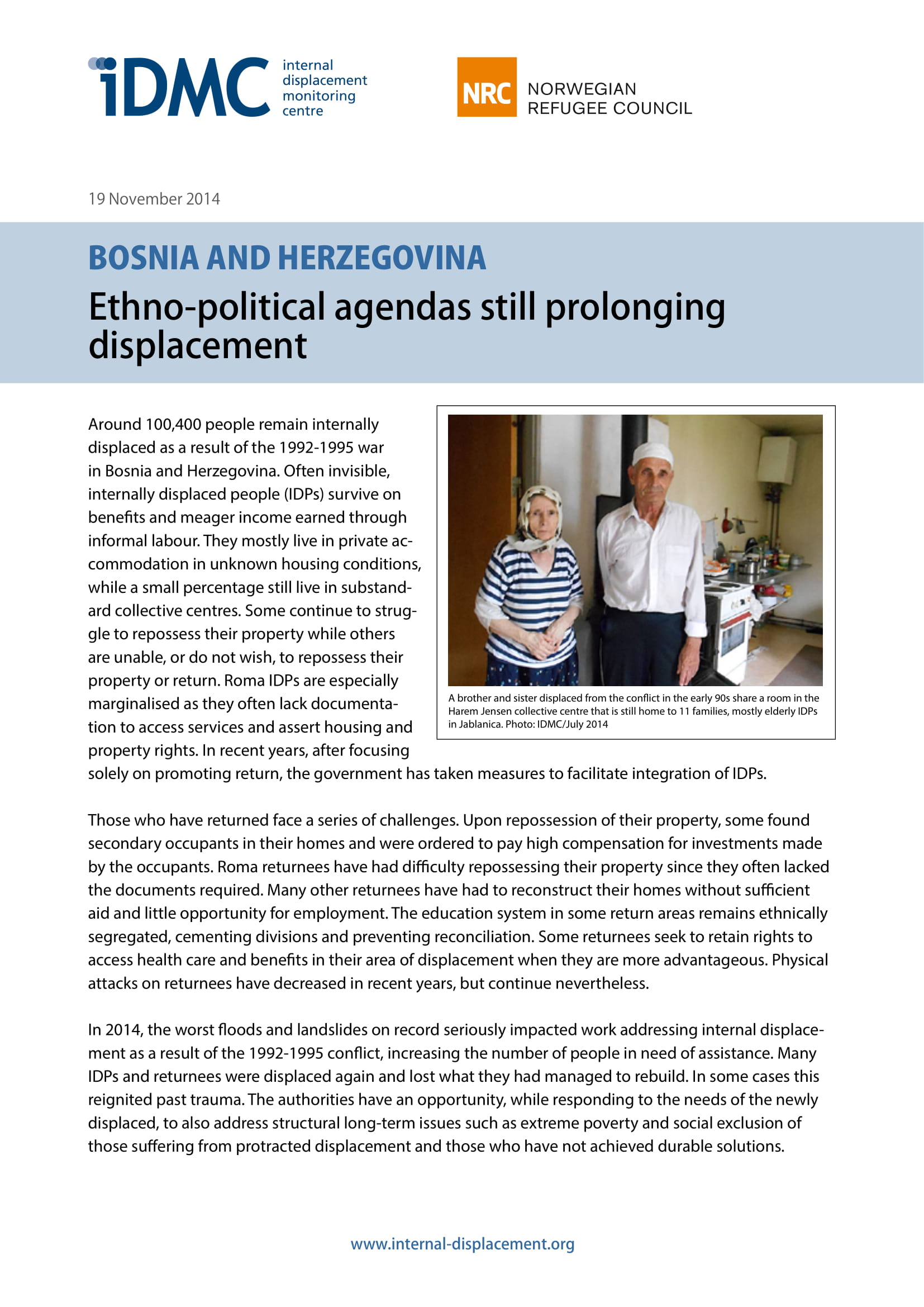 Around 100,400 people remain internally displaced as a result of the 1992-1995 war in Bosnia and Herzegovina. Often invisible, internally displaced people (IDPs) survive on benefits and meager income earned through informal labour. They mostly live in private accommodation in unknown housing conditions, while a small percentage still live in substandard collective centres. Some continue to struggle to repossess their property while others are unable, or do not wish, to repossess their property or return. Roma IDPs are especially marginalised as they often lack documentation to access services and assert housing and property rights. In recent years, after focusing solely on promoting return, the government has taken measures to facilitate integration of IDPs.

Those who have returned face a series of challenges. Upon repossession of their property, some found secondary occupants in their homes and were ordered to pay high compensation for investments made by the occupants. Roma returnees have had difficulty repossessing their property since they often lacked the documents required. Many other returnees have had to reconstruct their homes without sufficient aid and little opportunity for employment. The education system in some return areas remains ethnically segregated, cementing divisions and preventing reconciliation. Some returnees seek to retain rights to access health care and benefits in their area of displacement when they are more advantageous. Physical attacks on returnees have decreased in recent years, but continue nevertheless.

In 2014, the worst floods and landslides on record seriously impacted work addressing internal displacement as a result of the 1992-1995 conflict, increasing the number of people in need of assistance. Many IDPs and returnees were displaced again and lost what they had managed to rebuild. In some cases this reignited past trauma. The authorities have an opportunity, while responding to the needs of the newly displaced, to also address structural long-term issues such as extreme poverty and social exclusion of those suffering from protracted displacement and those who have not achieved durable solutions.