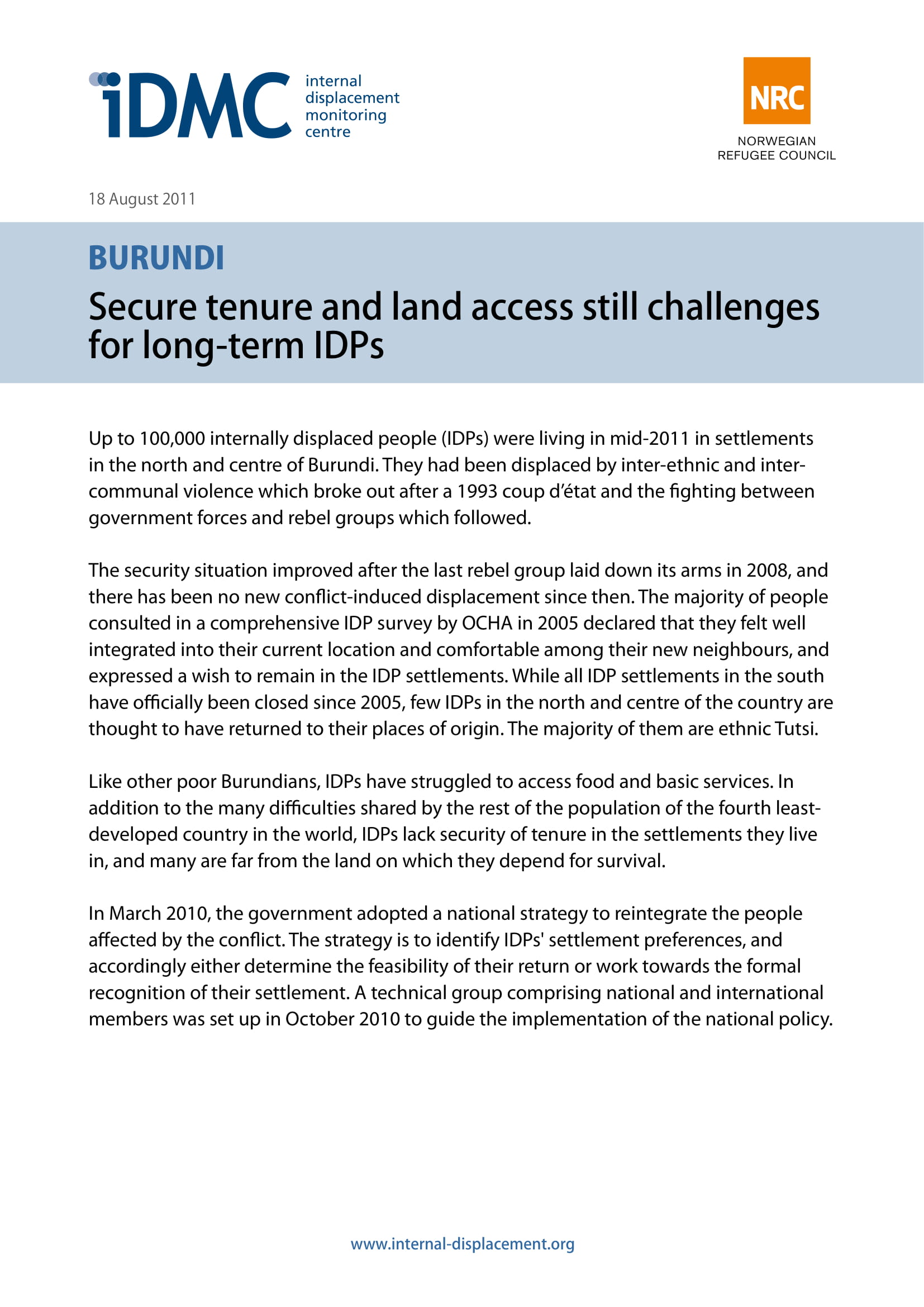 Up to 100,000 internally displaced people (IDPs) were living in mid-2011 in settlements in the north and centre of Burundi. They had been displaced by inter-ethnic and intercommunal violence which broke out after a 1993 coup d’état and the ﬁghting between government forces and rebel groups which followed.

The security situation improved after the last rebel group laid down its arms in 2008, and there has been no new conflict-induced displacement since then. The majority of people consulted in a comprehensive IDP survey by OCHA in 2005 declared that they felt well integrated into their current location and comfortable among their new neighbours, and expressed a wish to remain in the IDP settlements. While all IDP settlements in the south have officially been closed since 2005, few IDPs in the north and centre of the country are thought to have returned to their places of origin. The majority of them are ethnic Tutsi.

Like other poor Burundians, IDPs have struggled to access food and basic services. In addition to the many difficulties shared by the rest of the population of the fourth leastdeveloped country in the world, IDPs lack security of tenure in the settlements they live in, and many are far from the land on which they depend for survival.

In March 2010, the government adopted a national strategy to reintegrate the people affected by the conflict. The strategy is to identify IDPs' settlement preferences, and accordingly either determine the feasibility of their return or work towards the formal recognition of their settlement. A technical group comprising national and international members was set up in October 2010 to guide the implementation of the national policy.