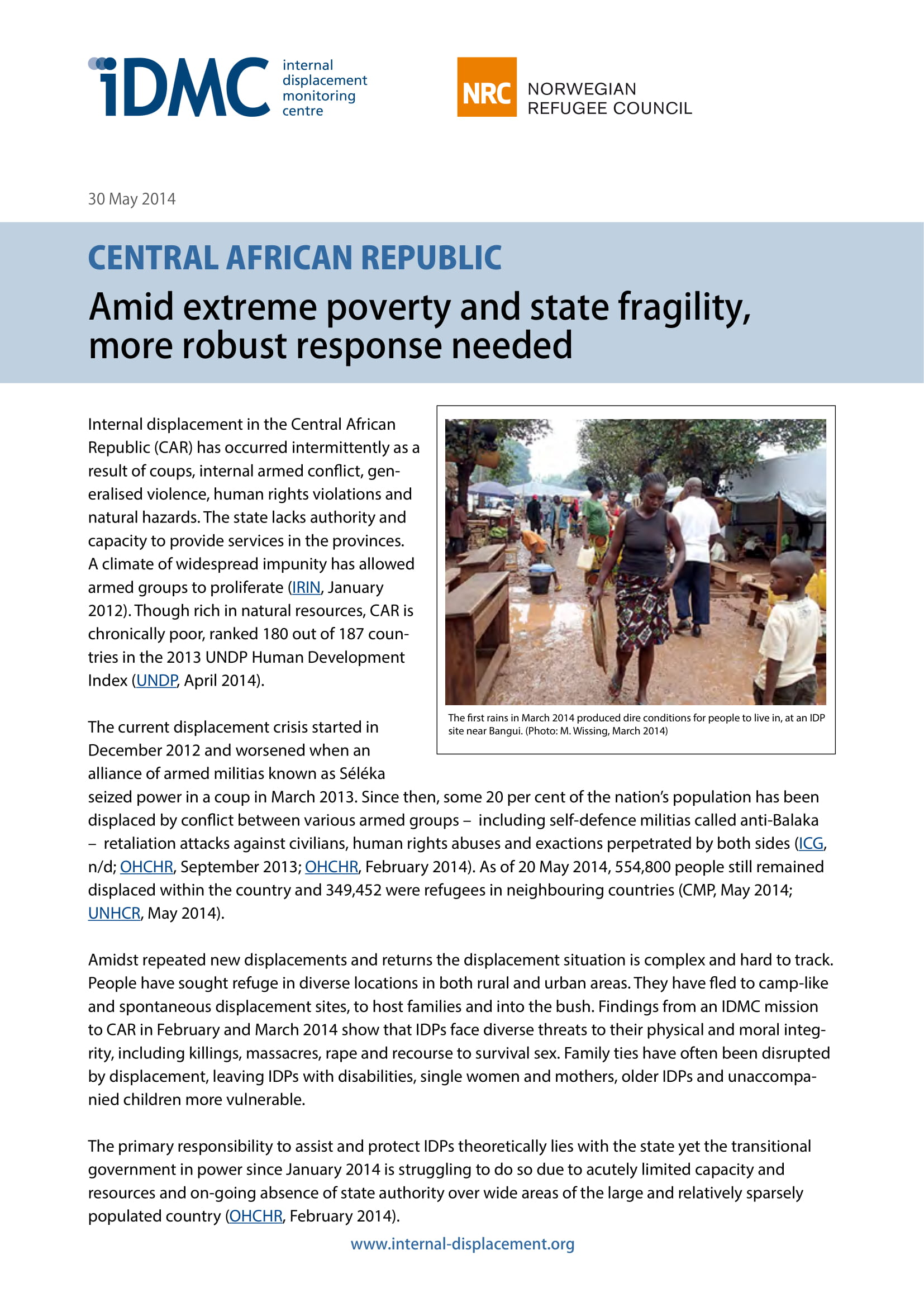 Internal displacement in the Central African Republic (CAR) has occurred intermittently as a result of coups, internal armed conflict, generalised violence, human rights violations and natural hazards. The state lacks authority and capacity to provide services in the provinces. A climate of widespread impunity has allowed armed groups to proliferate (IRIN, January 2012). Though rich in natural resources, CAR is chronically poor, ranked 180 out of 187 countries in the 2013 UNDP Human Development Index (UNDP, April 2014).

The current displacement crisis started in December 2012 and worsened when an alliance of armed militias known as Séléka seized power in a coup in March 2013. Since then, some 20 per cent of the nation’s population has been displaced by conflict between various armed groups –  including self-defence militias called anti-Balaka –  retaliation attacks against civilians, human rights abuses and exactions perpetrated by both sides (ICG, n/d; OHCHR, September 2013; OHCHR, February 2014). As of 20 May 2014, 554,800 people still remained displaced within the country and 349,452 were refugees in neighbouring countries (CMP, May 2014; UNHCR, May 2014).