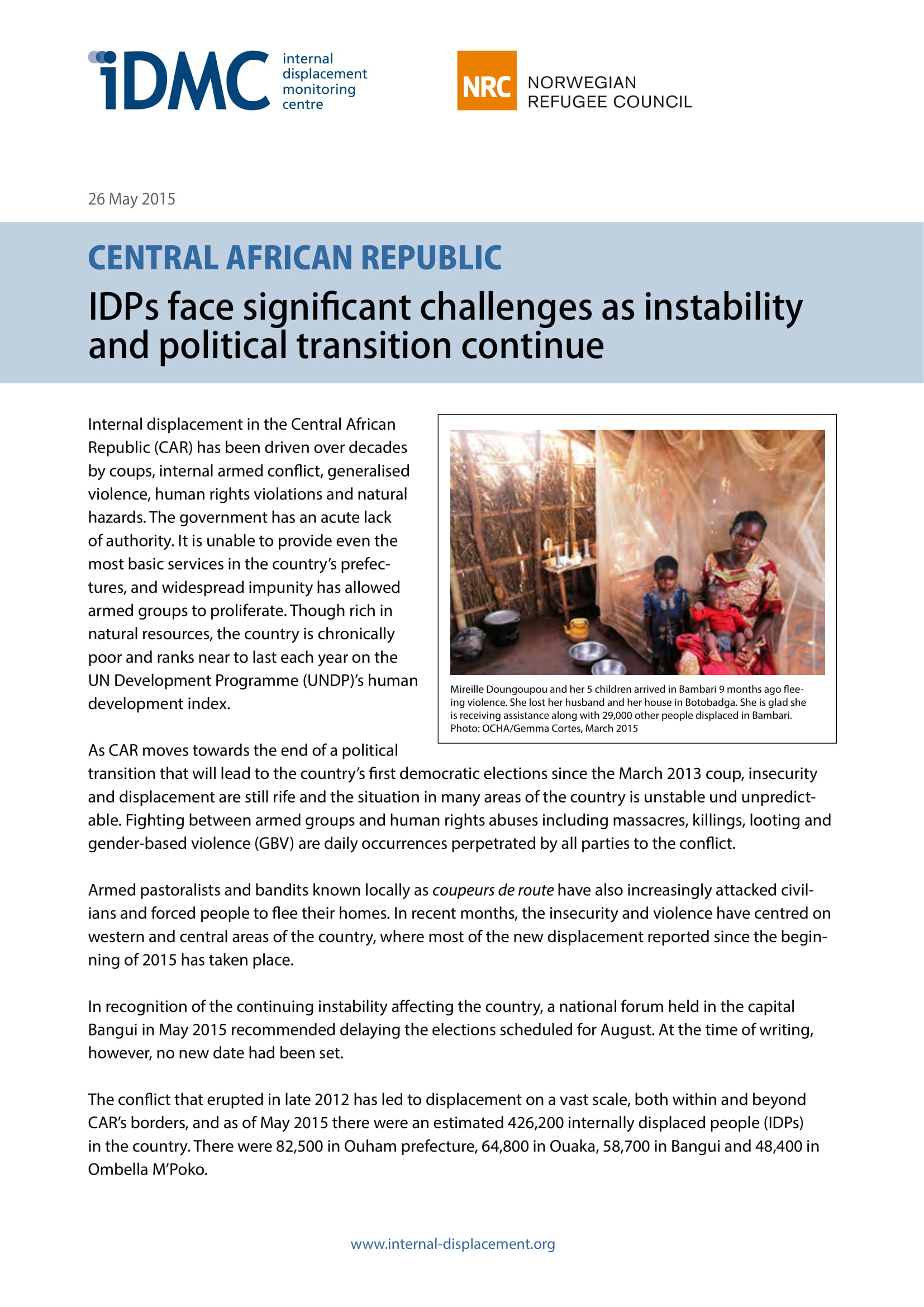 Internal displacement in the Central African Republic (CAR) has been driven over decades by coups, internal armed conflict, generalised violence, human rights violations and natural hazards. The government has an acute lack of authority. It is unable to provide even the most basic services in the country’s prefectures, and widespread impunity has allowed armed groups to proliferate. Though rich in natural resources, the country is chronically poor and ranks near to last each year on the UN Development Programme (UNDP)’s human development index.

As CAR moves towards the end of a political transition that will lead to the country’s first democratic elections since the March 2013 coup, insecurity and displacement are still rife and the situation in many areas of the country is unstable und unpredictable. Fighting between armed groups and human rights abuses including massacres, killings, looting and gender-based violence (GBV) are daily occurrences perpetrated by all parties to the conflict.

Armed pastoralists and bandits known locally as coupeurs de route have also increasingly attacked civilians and forced people to flee their homes. In recent months, the insecurity and violence have centred on western and central areas of the country, where most of the new displacement reported since the beginning of 2015 has taken place.

In recognition of the continuing instability affecting the country, a national forum held in the capital Bangui in May 2015 recommended delaying the elections scheduled for August. At the time of writing, however, no new date had been set.