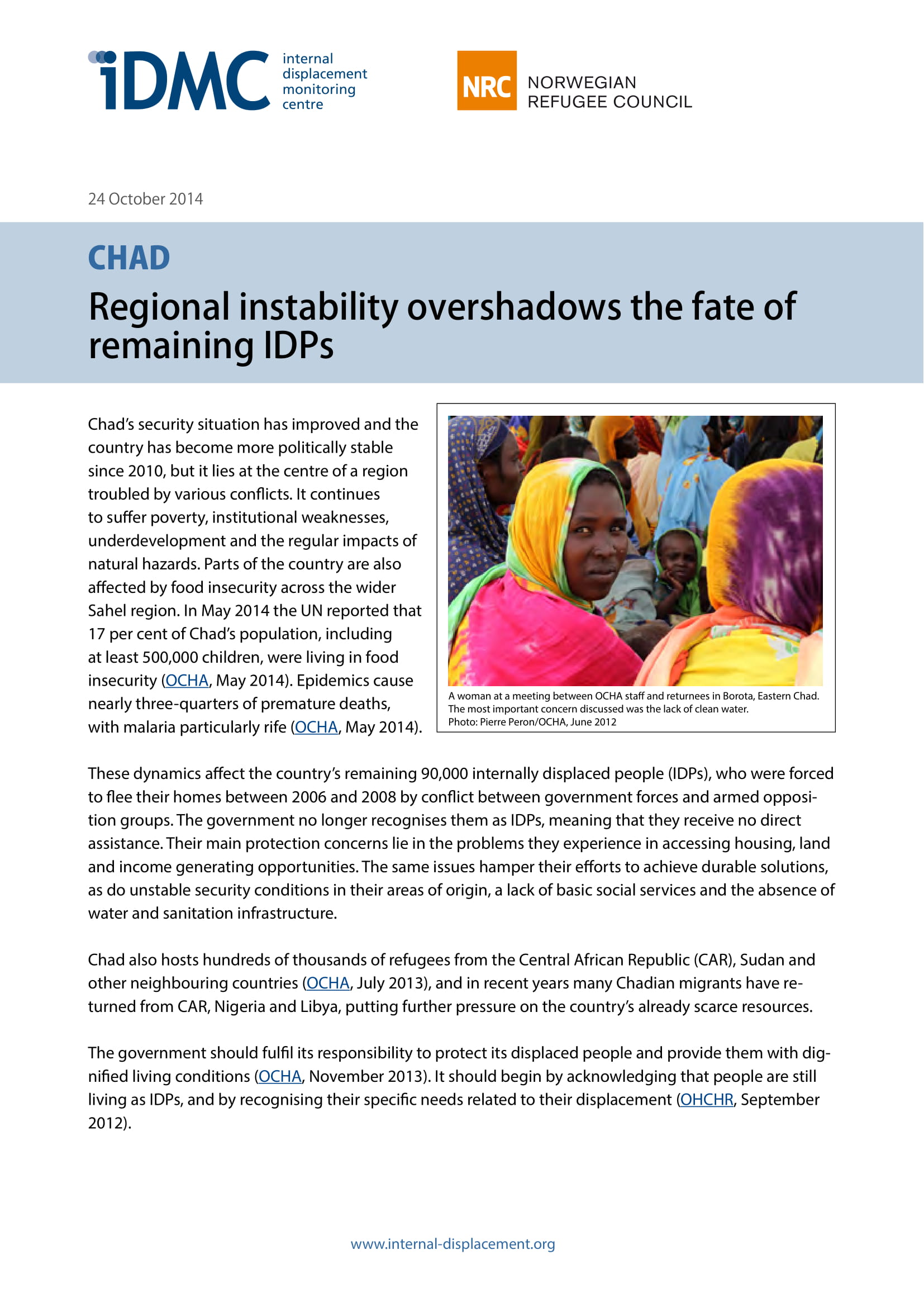 Chad’s security situation has improved and the country has become more politically stable since 2010, but it lies at the centre of a region troubled by various conflicts. It continues to suffer poverty, institutional weaknesses, underdevelopment and the regular impacts of natural hazards. Parts of the country are also affected by food insecurity across the wider Sahel region. In May 2014 the UN reported that 17 per cent of Chad’s population, including at least 500,000 children, were living in food insecurity (OCHA, May 2014). Epidemics cause nearly three-quarters of premature deaths, with malaria particularly rife (OCHA, May 2014).

These dynamics affect the country’s remaining 90,000 internally displaced people (IDPs), who were forced to flee their homes between 2006 and 2008 by conflict between government forces and armed opposition groups. The government no longer recognises them as IDPs, meaning that they receive no direct assistance. Their main protection concerns lie in the problems they experience in accessing housing, land and income generating opportunities. The same issues hamper their efforts to achieve durable solutions, as do unstable security conditions in their areas of origin, a lack of basic social services and the absence of water and sanitation infrastructure.

Chad also hosts hundreds of thousands of refugees from the Central African Republic (CAR), Sudan and other neighbouring countries (OCHA, July 2013), and in recent years many Chadian migrants have returned from CAR, Nigeria and Libya, putting further pressure on the country’s already scarce resources.

The government should fulfil its responsibility to protect its displaced people and provide them with dignified living conditions (OCHA, November 2013). It should begin by acknowledging that people are still living as IDPs, and by recognising their specific needs related to their displacement (OHCHR, September 2012).