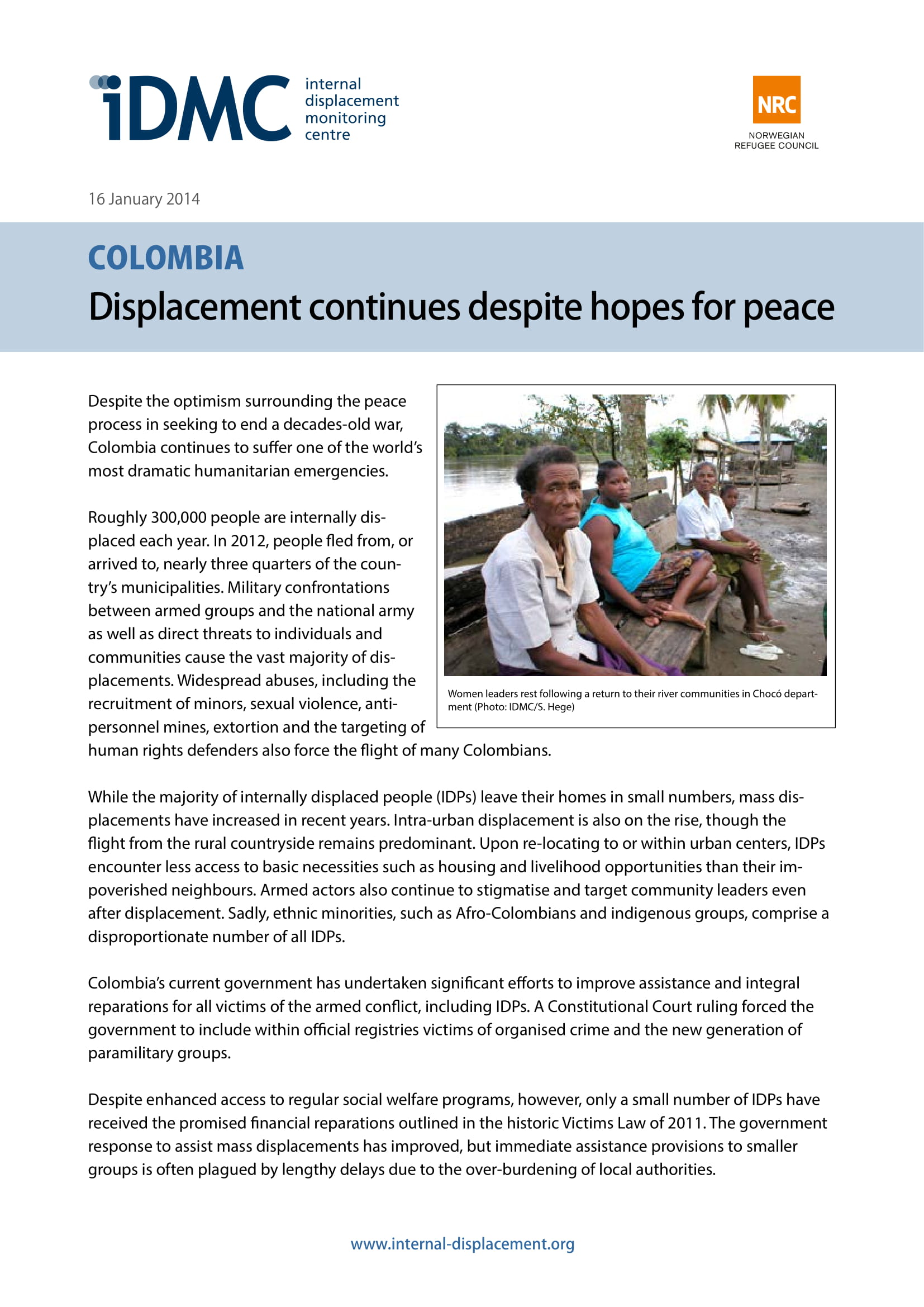 Despite the optimism surrounding the peace process in seeking to end a decades-old war, Colombia continues to suffer one of the world’s most dramatic humanitarian emergencies.

Roughly 300,000 people are internally displaced each year. In 2012, people fled from, or arrived to, nearly three quarters of the country’s municipalities. Military confrontations between armed groups and the national army as well as direct threats to individuals and communities cause the vast majority of displacements. Widespread abuses, including the recruitment of minors, sexual violence, antipersonnel mines, extortion and the targeting of human rights defenders also force the flight of many Colombians.

While the majority of internally displaced people (IDPs) leave their homes in small numbers, mass displacements have increased in recent years. Intra-urban displacement is also on the rise, though the flight from the rural countryside remains predominant. Upon re-locating to or within urban centers, IDPs encounter less access to basic necessities such as housing and livelihood opportunities than their impoverished neighbours. Armed actors also continue to stigmatise and target community leaders even after displacement. Sadly, ethnic minorities, such as Afro-Colombians and indigenous groups, comprise a disproportionate number of all IDPs.

Colombia’s current government has undertaken significant efforts to improve assistance and integral reparations for all victims of the armed conflict, including IDPs. A Constitutional Court ruling forced the government to include within official registries victims of organised crime and the new generation of paramilitary groups.

Despite enhanced access to regular social welfare programs, however, only a small number of IDPs have received the promised financial reparations outlined in the historic Victims Law of 2011. The government response to assist mass displacements has improved, but immediate assistance provisions to smaller groups is often plagued by lengthy delays due to the over-burdening of local authorities.