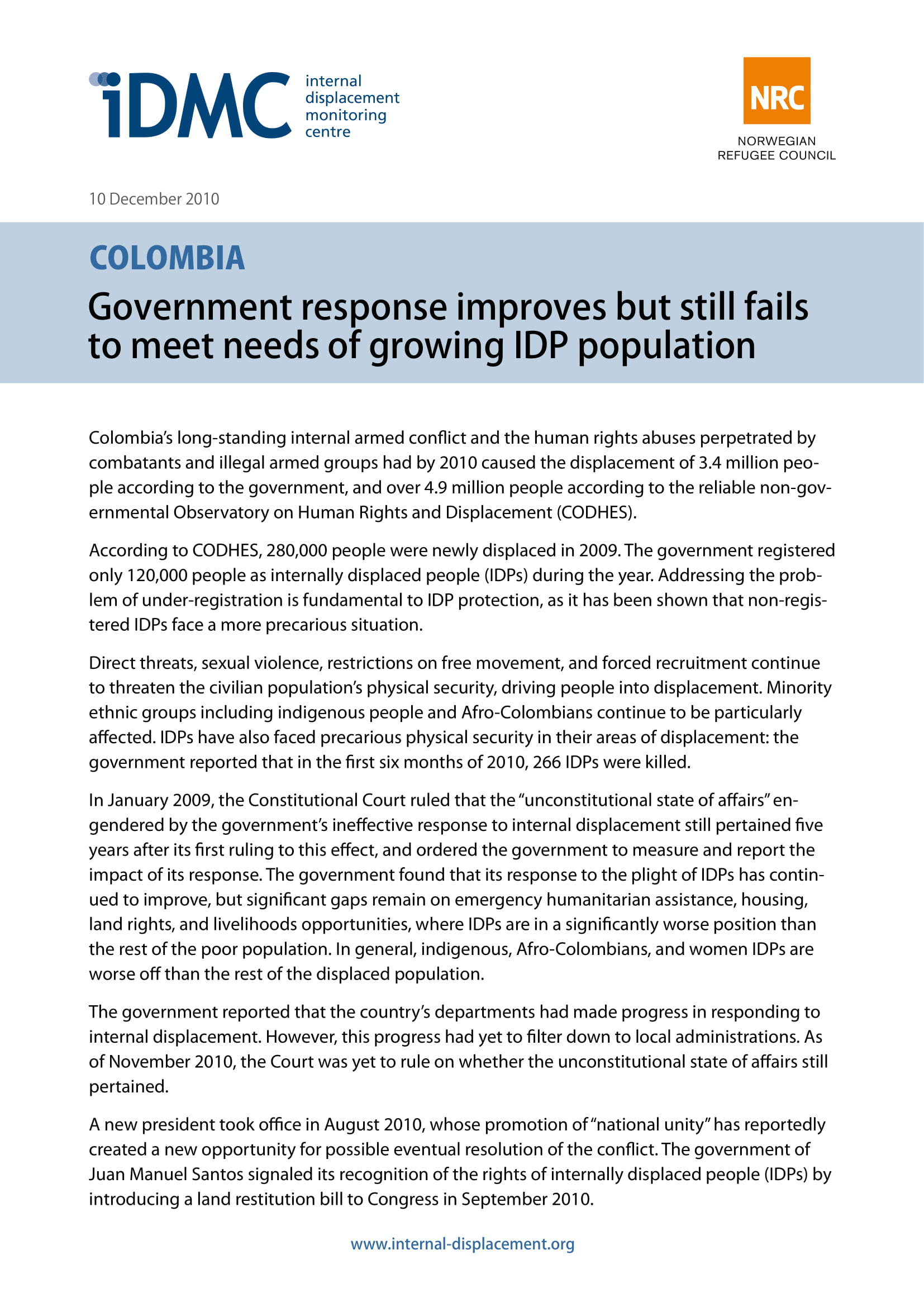 According to CODHES, 280,000 people were newly displaced in 2009. The government registered only 120,000 people as internally displaced people (IDPs) during the year. Addressing the problem of under-registration is fundamental to IDP protection, as it has been shown that non-registered IDPs face a more precarious situation.

Direct threats, sexual violence, restrictions on free movement, and forced recruitment continue to threaten the civilian population’s physical security, driving people into displacement. Minority ethnic groups including indigenous people and Afro-Colombians continue to be particularly affected. IDPs have also faced precarious physical security in their areas of displacement: the government reported that in the first six months of 2010, 266 IDPs were killed.

In January 2009, the Constitutional Court ruled that the “unconstitutional state of affairs” engendered by the government’s ineffective response to internal displacement still pertained five years after its first ruling to this effect, and ordered the government to measure and report the impact of its response.

The government found that its response to the plight of IDPs has continued to improve, but significant gaps remain on emergency humanitarian assistance, housing, land rights, and livelihoods opportunities, where IDPs are in a significantly worse position than the rest of the poor population. In general, indigenous, Afro-Colombians, and women IDPs are worse off than the rest of the displaced population. The government reported that the country’s departments had made progress in responding to internal displacement. However, this progress had yet to filter down to local administrations. As of November 2010, the Court was yet to rule on whether the unconstitutional state of affairs still pertained.

A new president took office in August 2010, whose promotion of “national unity” has reportedly created a new opportunity for possible eventual resolution of the conflict. The government of Juan Manuel Santos signaled its recognition of the rights of internally displaced people (IDPs) by introducing a land restitution bill to Congress in September 2010.